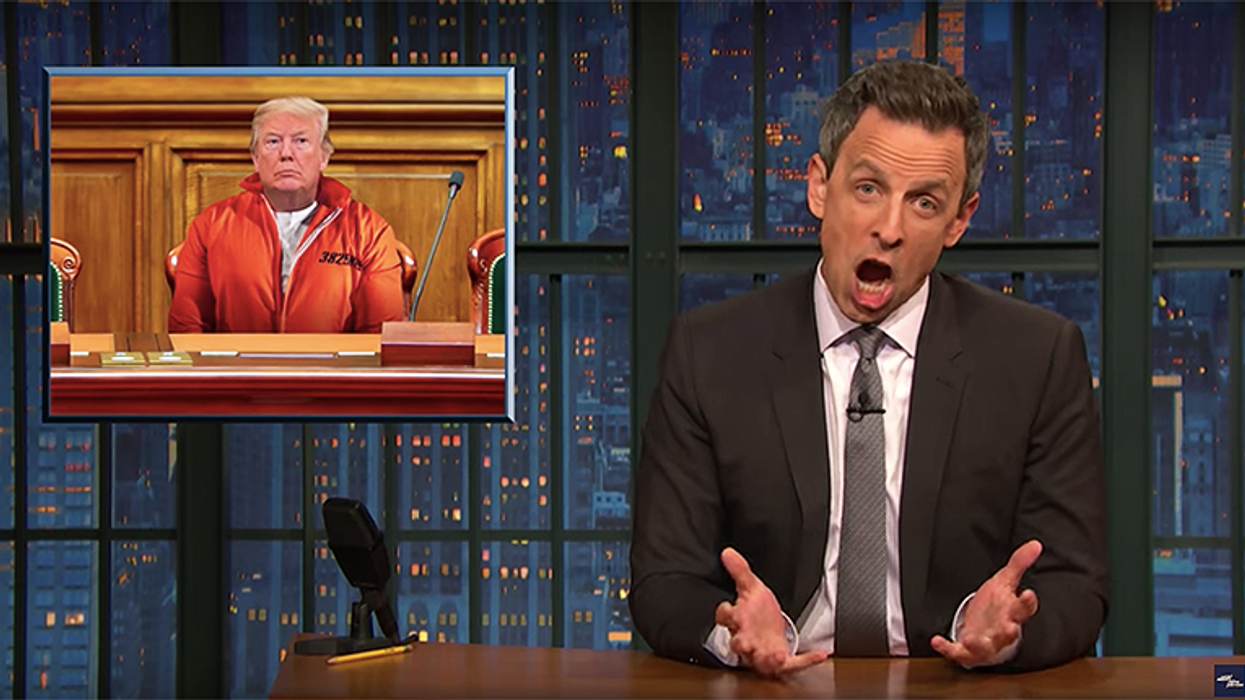 “Late Night” host Seth Meyers’ take on President Donald Trump’s impeachment is that regardless of how it turns out for the president, he’s likely to end up as nothing more than a Trivial Pursuit question.

“So whatever else happens after today, it will be inscribed in the Congressional record and the history books and it will be a stain on Trump’s name forever,” Meyers said. “He is the only president to get impeached twice. In fact, it’s worse than that! He’s the only president to be impeached twice and lose the popular vote twice. He’ll be emblazoned in history as an embarrassment and disgrace. No politician has ever been more thoroughly and more frequently repudiated by the American people.”

The host had the perfect way of characterizing Trump’s five-year failure dabbling in politics by equating it to losing the Tour de France in the most embarrassing way.

“It’s like losing the Tour de France, coming in dead last, and then getting kicked out for steroid, then entering again the next year only to forget your bike forcing you to steal someone else’s and scream, ‘You’ll never catch me!’ before crashing into a cow.”


Trump Is Now the Only President To Be Impeached Twice: A Closer Look

Source: https://www.rawstory.com/seth-meyers-gop-impeachment-fail/
Droolin’ Dog sniffed out this story and shared it with you.
The Article Was Written/Published By: Sarah K. Burris