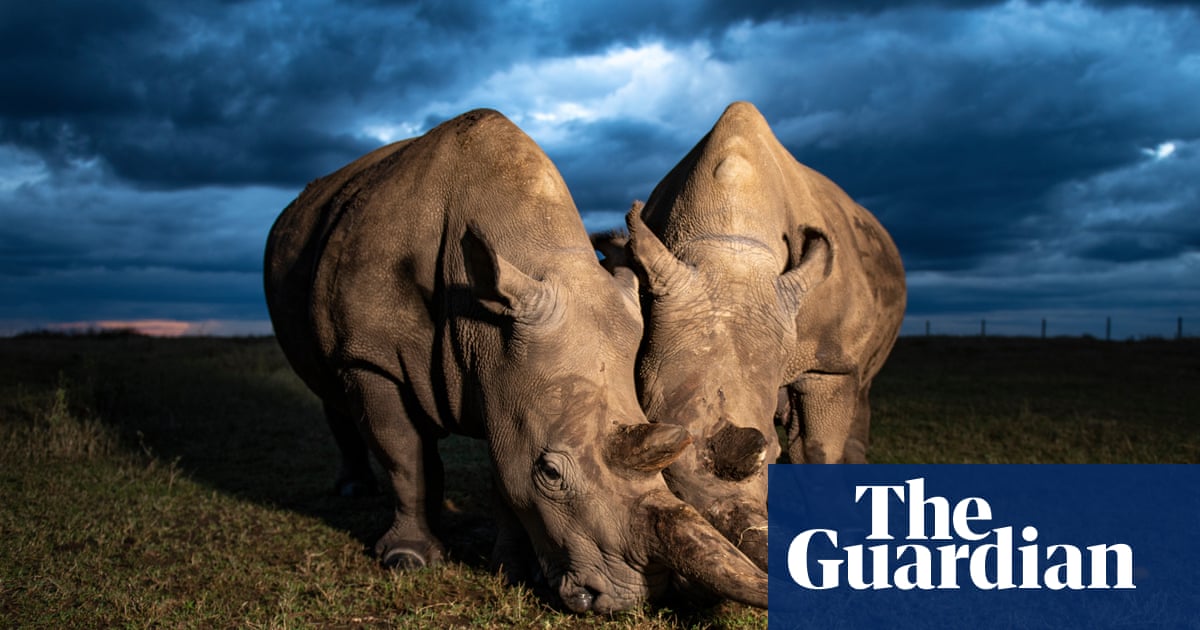 There are only two remaining rhinos of this species, a mother and daughter, but scientists see new hope in stem cell breakthroughs

“I watch these beautiful animals walk the path toward extinction every day,” keeper James Mwenda tells me. He’s out in the Kenyan bush, swatting flies. The anti-poaching K-9 dogs bark in the background. “I’ve watched their numbers fall from seven to two … Working with them and watching what’s happening – it’s an emotional free fall.” He smiles, clearly resigned to the pain of bearing witness. “But, I’ve dedicated my life to it.”

The window to keep the northern white rhino from going functionally extinct to fully extinct is closing fast. Were things left only to nature, the two remaining rhinos – elderly, calm Najin and her feisty 20-year-old daughter Fatu – would be the last of their kind to graze the African grasslands. After civil war, habitat loss, and aggressive poaching, scientists declared the species extinct in the wild in 2008.

Source: https://www.theguardian.com/environment/2021/jan/14/northern-white-rhinos-saved-extinction-stem-cells
Droolin’ Dog sniffed out this story and shared it with you.
The Article Was Written/Published By: Megan Mayhew Bergman