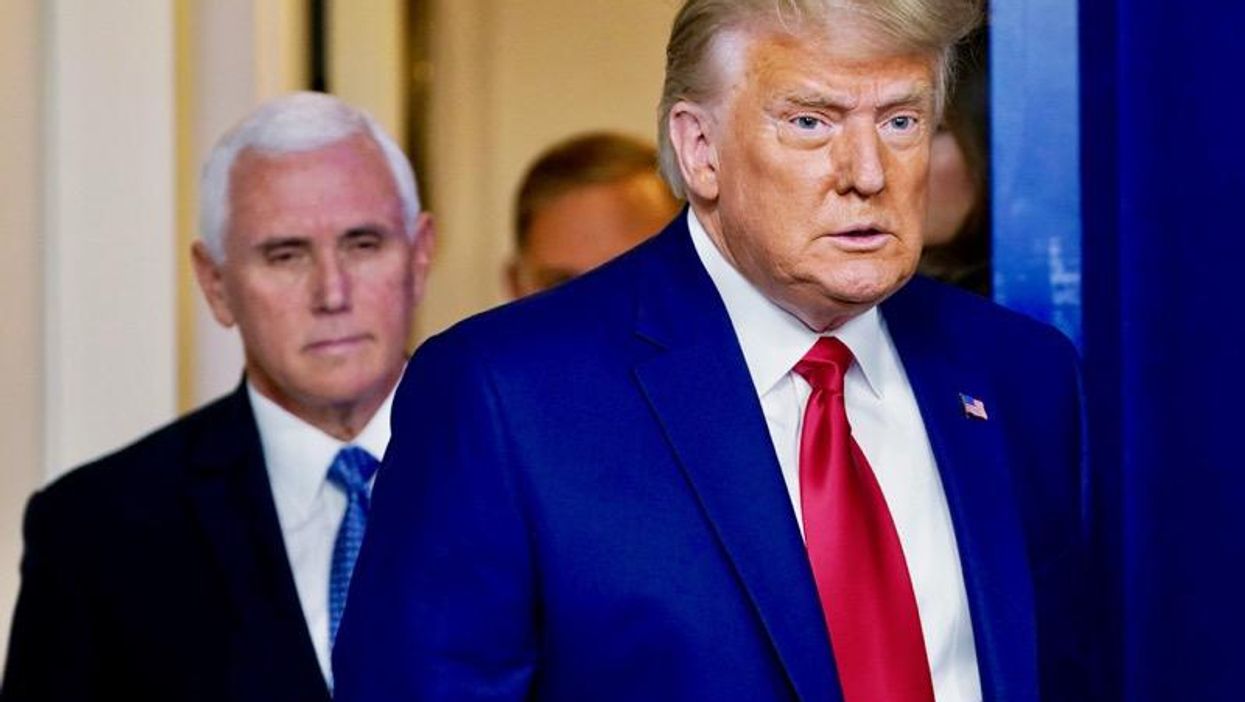 On Wednesday, ABC News reported that President Donald Trump seriously considered resigning ahead of the end of his term in discussion with White House aides. In the end, however, after asking questions about the process, he decided against it.

The reason? He doesn’t trust that Vice President Mike Pence would pardon him, the way that Gerald Ford pardoned Richard Nixon after he left.

Trump and Pence have been on the outs for several days now, with the president enraged that Pence did not buy a fringe legal theory that he had the power to prevent electoral votes from being counted for President-elect Joe Biden during congressional certification.

The president has also reportedly discussed pardoning himself, but legal advisers have warned him it may not be allowed and would increase his exposure to lawsuits.

Source: https://www.rawstory.com/mike-pence-2649932880/
Droolin’ Dog sniffed out this story and shared it with you.
The Article Was Written/Published By: Matthew Chapman