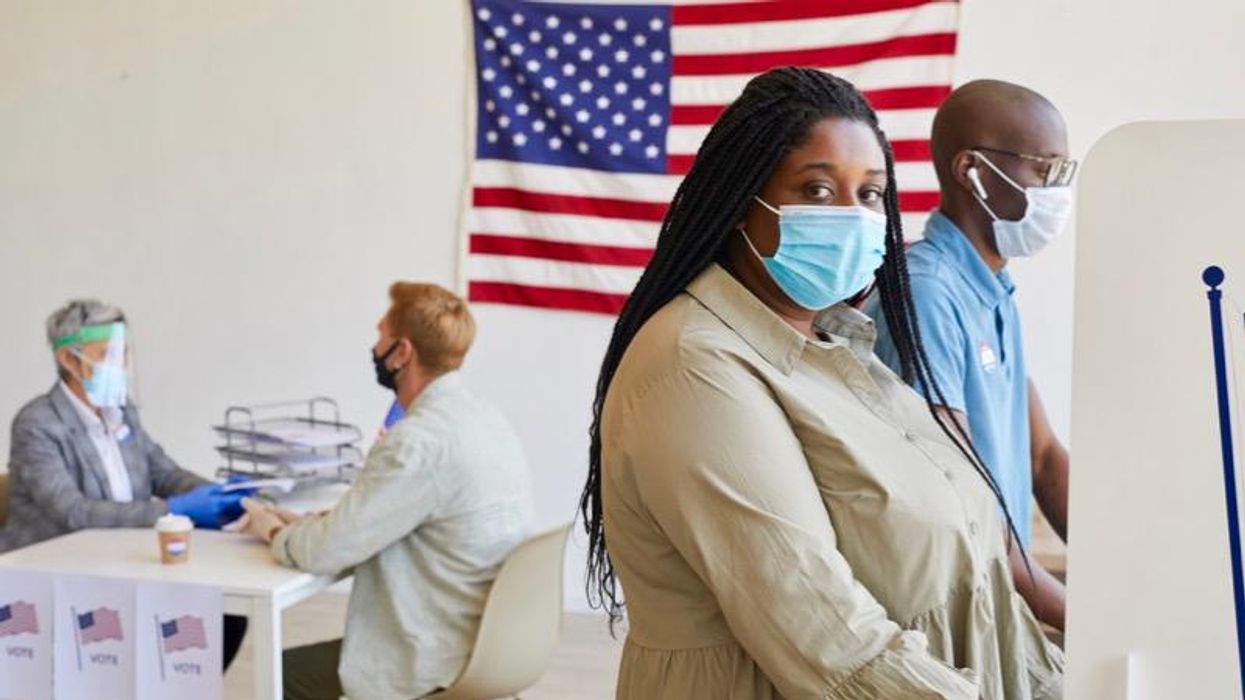 Voting rights groups on Wednesday accused officials in at least two Georgia counties of voter suppression, pointing to the closures of several early voting locations in majority-Black and Latino communities ahead of two Senate runoff elections on January 5 which will decide whether Democrats or Republicans control the upper chamber.

State and national organizations including MiJente Support Committee and the NAACP Legal Defense Fund participated in a conference call in which they said officials in Hall County, with a population that’s 8% Black and nearly 30% Latino, have
cut the number of voting locations from eight during the November 3 election to just four ahead of the runoffs.

The effect of the closures is already clear, the advocates said, as turnout across the state has been high, with more than 1.4 million ballots cast since December 14, the first day of early voting. In Hall County, turnout in the runoffs so far has reached just 13%—far lower than the county’s early voting numbers ahead of last month’s election.

“The reason Hall County’s turnout is lower in the runoff is because Hall County cut early voting locations,” he added. “We know this because turnout is up in almost every other county in the state, but not in Hall.”

Hall County was carried by President Donald Trump in last month’s election, with Trump winning 71% of the vote. But advocates say even the closure of four polling places in majority-Black and Latino communities could have a dramatic impact on the runoff elections between Democrats Jon Ossoff and Raphael Warnock, who are challenging Republican Sens. David Perdue and Kelly Loeffler, respectively.

In a poll released Wednesday by InsiderAdvantage and FOX 5 Atlanta, Warnock had a 2% lead over Loeffler, while Perdue had a 1% lead over Ossoff. Four percent of respondents said they were still undecided, and the polls were within the 4.4% margin of error.

The closure of polling locations “is what voter suppression looks like,” Tania Unzueta of the MiJente Support Committee told HuffPost. “This is one example of what we don’t want to happen, particularly in an important runoff.”

After facing criticism over its closure of seven out of 11 voting locations for the runoff elections, Cobb County, which includes suburbs of Atlantia, reopened two polling places. But advocates are still warning of voter suppression in the county, which President-elect Joe Biden won by 14 points in November and where the population of more than 750,000 people is nearly 30% Black and 13% Latino.

The two reopened sites will only be available to voters in the last four days of early voting, offering little relief to voters in a county where people have been facing two-hour waits to cast their ballots, according to the group All Voting Is Local.

The failure of Cobb County elections director Janine Eveler to fully restore access to polling locations will have consequences for voters’ health as well as their civil rights, All Voting Is Local Georgia state director Aklima Khondoker wrote this week in the Cobb County Courier:

Over the general, when voters could access all 11 early vote sites, 14,586 ballots were cast during the first two days of early voting, compared to just 13,910 during early voting for the runoff—a 4.6% reduction in turnout. By contrast, other metro-Atlanta counties that kept all of their early vote sites open saw an increase in turnout during the first two days of early voting (Fulton, 25.1%, Gwinnett, 40.1%, and DeKalb, 12.3%).
High voter turnout aside, there are also serious health-related consequences with the reduction in early voting locations. Since Thanksgiving, the U.S. has set grim records for Covid-19 related deaths. Just this week, we surpassed 3,000 deaths in a single day. All signs indicate that the situation will get worse through the winter. And yet, even as the CDC recommends avoiding crowds whenever possible, Director Eveler refuses to restore early voting locations, forcing voters to choose between their ballot and their health.

Some counties in Georgia are increasing the number of polling places available to voters during the runoffs, All Voting Is Local noted on Twitter this week.

Source: https://www.rawstory.com/civil-rights-groups-denounce-georgia-officials-for-closing-early-voting-sites-ahead-of-senate-runoffs/
Droolin’ Dog sniffed out this story and shared it with you.
The Article Was Written/Published By: Julia Conley, Common Dreams