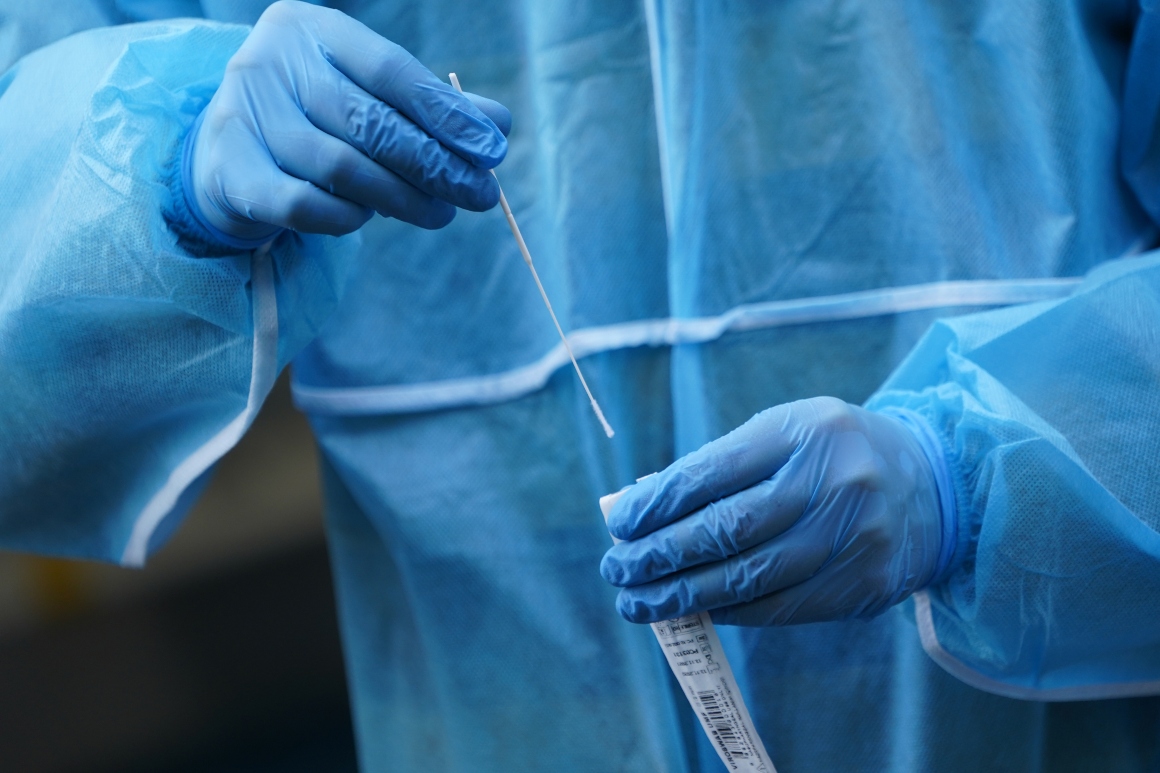 The FDA on Tuesday authorized the first at-home coronavirus test people can buy without a prescription, a step that public health experts say adds a key new tool to the United States’ arsenal for combating the pandemic.

The 20-minute antigen test, made by Australia-based manufacturer Ellume, can be used by people 16 or older and children over the age of two when a sample is collected by an adult.

Public health experts have advocated for widely distributing these rapid over-the-counter antigen tests to millions of households, arguing near-instant results would enable people to quarantine quickly after becoming infectious. The FDA is expected to authorize additional over-the-counter Covid-19 tests in the coming weeks that could bolster supply, according to industry sources.

The FDA cautions that asymptomatic people who receive a positive result from the test should get a second test to confirm whether they are infected, especially if Covid-19 is not prevalent in their community.

“This test, like other antigen tests, is less sensitive and less specific than typical molecular tests run in a lab,” FDA medical device director Jeff Shuren said in a press release. “However, the fact that it can be used completely at home and return results quickly means that it can play an important role in response to the pandemic.”

Results from the test are delivered through a smartphone app after patients enter their ZIP code and date of birth. Importantly, the app also sends results to public health authorities, addressing some officials’ concerns that these at-home tests could have obscured data on virus spread without a reliable reporting mechanism.

“Consumers need to be properly educated on the small potential for test results that say they are fine when they may still be infected, but getting more of these antigen tests directly into the hands of consumers, so we can do more testing on a more routine basis, is key to controlling spread,” Gottlieb said.

Background: FDA has only authorized one other at-home test, but that product from Lucira Health requires a prescription from a health care provider. Last week, LabCorp gained emergency authorization for a direct-to-consumer test kit that allows patients to send a sample into a lab without a prescription.

Ellume’s test received $30 million in development funding from the NIH’s Rapid Acceleration of Diagnostics initiative. CEO Sean Parsons previously told POLITICO the company expects to price the test at about $30.

What’s next: Ellume plans to manufacture and ship 20 million tests to the U.S. in the first half of 2021. Approximately 100,000 tests per day will be shipped starting in January. The company is currently in talks with retail pharmacies about commercialization and distribution, a spokesperson said.

Source: https://www.politico.com/news/2020/12/15/fda-at-home-test-445478
Droolin’ Dog sniffed out this story and shared it with you.
The Article Was Written/Published By: David Lim