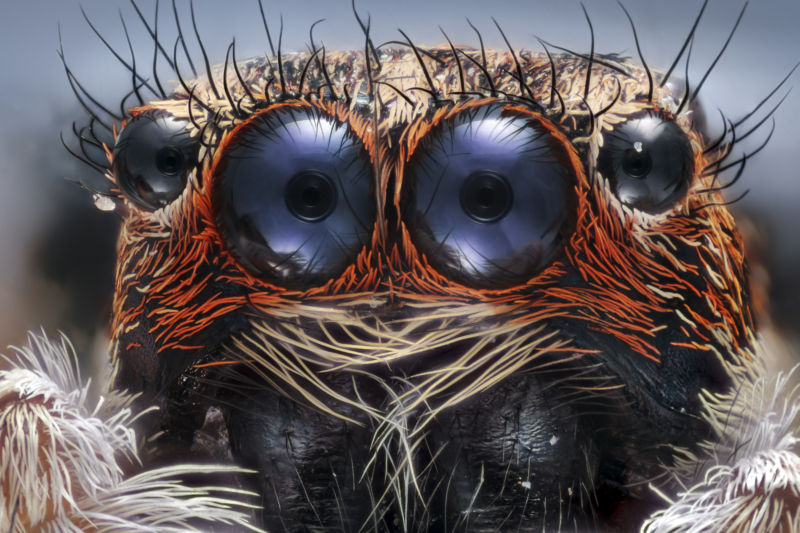 Enlarge / Look carefully into the spider’s two largest eyes and you can see internal structures similar to the ones that we’ve evolved. (credit: Emre Can Alagöz)

First, the confession: I’m an arachnophobe, spooked by the most harmless everyday spiders. Close encounters with the scarier sort—the goliath bird-eating spider in an undergraduate zoology class, the venomous redbacks sharing my tent on a research trip to Australia—well, let’s just say they taught me more about myself than about arachnids. And yet I’ve discovered a soft spot for one group of spiders: those undersized males faced with the daunting prospect of sex with a giant mate, often one with murder in mind. Think Attack of the 50 Foot Woman, only with spiders.

Why the sympathy? It’s not because these puny males risk their lives for love. It’s because they’ve evolved such a bizarre array of ways to achieve their ultimate goal of siring spiderlings with a monster of a mother.

Sexual size dimorphism—where one sex is bigger than the other—is nothing too much out of the ordinary: Picture a massive male orangutan, or the bull elephant seal towering over his harem. And many insects and other terrestrial arthropods have large females, because a bigger body can produce more eggs.

Source: https://arstechnica.com/?p=1725590
Droolin’ Dog sniffed out this story and shared it with you.
The Article Was Written/Published By: Ars Contributors