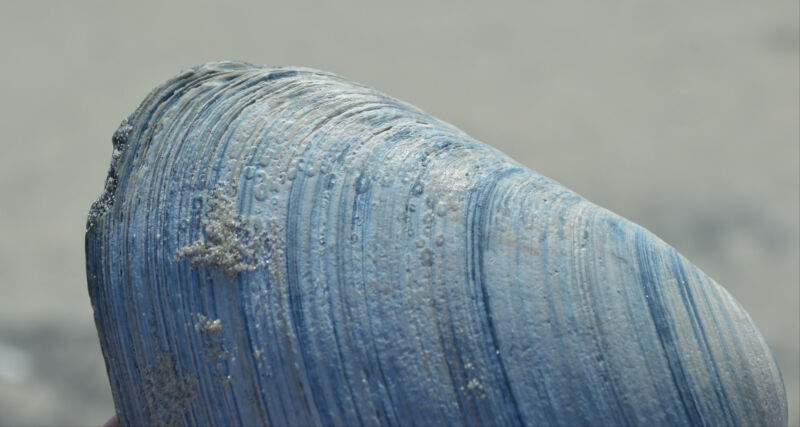 As the world warms and climate zones shift, species that are able may alter their range to try to keep themselves at a comfortable temperature. Although the oceans are generally warming more slowly than the land, migrations of marine species are well documented already. For organisms like fish, mobile adults can dynamically track suitable conditions. But many seafloor-dwelling critters primarily move in their wandering youth—as larvae that (mostly) passively ride the currents. Changing your destination isn’t so easy when you’re not in the driver’s seat.

Unfortunately, some of those species have been seen migrating the wrong way, toward even higher-temperature waters rather than away from them. We’ve seen this happen in the coastal northwest Atlantic, including in some commercially harvested species like clams. Seeing these species shift requires something unusual, since they’re adapted to their current-catching lifestyle. So what gives?

A team led by Heidi Fuchs at Rutgers University wanted to test the hypothesis that earlier spring warmth could explain things. These organisms take their spawning cue from warm temperatures, so long-term warming can push that springtime cue earlier and earlier. If the currents are different in early spring, that could lead to larvae drifting toward new locations simply because they’re ahead of schedule.

Source: https://arstechnica.com/?p=1704889
Droolin’ Dog sniffed out this story and shared it with you.
The Article Was Written/Published By: Scott K. Johnson

Album Of The Week: War On Women Wonderful Hell

Right after the last election, people kept saying the same thing: “The punk music is going to be great.” If you subscribe to the theory that great art is born out of trauma, the United States sure has a lot of collective trauma to turn into art. That theory is bullshit, of course — trauma... [...]

“Don’t Shy Away” maintains the core sound of the dream pop band’s debut, with Emily Cross’s haunted vocals hovering throughout understated instrumental landscapes Read full story on the Bandcamp Daily. Source: https://daily.bandcamp.com/album-of-the-day/loma-dont-shy-away-review Indie Brew found this story and shared it with you. The Article Was Written/Published By: Jesse Lockev [...]

Kevin Morby released a great new album, Sundowner, only a couple weeks ago, and today the Kansas City king is already back with another track, “US Mail,” a one-off that he made remotely with Brad Cook. It takes the form of an interaction between a mother and daughter who rely on the postal … More... [...]

A selection of portraits by Copenhagan, Denmark-based photographer Halfdan Venlov. Centered around themes of youth identity, coming of age, and a feeling of “being out of step with the world”, Venlov’s images are not tied to specific narratives. Depicting young characters, he explains his intention to allow the viewer to “inhabit a space of multiple... [...]

In this episode of Songs that Changed Music, Warren looks at the first Siouxsie and the Banshees single, “Hong Kong Garden” (1978), and what impact it had on the future of the band, its producer, Steve Lillywhite, and post-punk music in general. — Read the rest Source: https://boingboing.net/2020/10/27/the-impact-of-siouxsie-and-the-banshees-hong-kong-garden-on-post-punk-music.html Indie Brew found this story and shared... [...]

Death Valley Girls: Under the Spell of Joy

Read Stuart Berman’s review of the album. Source: https://pitchfork.com/reviews/albums/death-valley-girls-under-the-spell-of-joy/ Indie Brew found this story and shared it with you. The Article Was Written/Published By: Stuart Bermanv [...]