Maritime transport is one of the largest consumers of fossil fuels and, as such, a natural target for those looking for cleaner alternatives would be the development of fully electric vessels.

Making ships electric was a no-brainer, but there was a challenge – the same as the main challenge for electric cars. Range.

The solution to the challenge has been relatively simple: bigger batteries. According to a recent report by market research firm IDTechEx, electric ships feature the biggest batteries out there, and they are only going to get bigger because range remains a top priority. 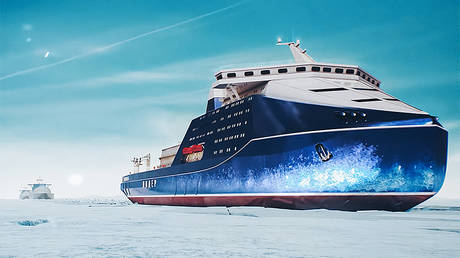 For scale, IDTechEx offers the average size of an EV’s battery, which in the United States is 67 kWh. An electric bus in China has a battery of 210 kWh. And then there is the Ellen ferry in Denmark, which is powered by batteries with a total capacity of 4,300 kWh. The Ellen project took five years to complete and cost $25.2 million (21.3 million euro). The huge battery, however, only has a range of 21.4 miles, although it boasts a record charging rate of 4 MW, according to IDTechEx’s report.

At first glance, 4,300 kWh for a range of fewer than 22 miles sounds like a joke, but ships are big things, after all, and it takes a lot of electricity to power them. Ellen also sounds quite an expensive experiment, although it may eliminate 2,000 tons of carbon dioxide emissions, along with 41.5 tons of nitrous oxides and 1.35 tons of sulfur dioxide annually.

But is it worth it?

It may be, judging by the fact there are several electric ship projects being developed around the world. Japanese companies, for instance, are working on the world’s first fully-electric tanker. The e5 project should be completed in early 2022 and, according to IDTechEx, will have a battery of 4,000 kWh and a range of 80 miles.

There is also one fully electric container ship operating between Chinese ports. In a somewhat ironic twist, the purpose of the ship is to transport coal. According to local media, it has a battery of 2,400 kWh and has a range of 50 miles. This is enough to complete a journey from one port to the other and then charge over the period it takes to load or unload its cargo. 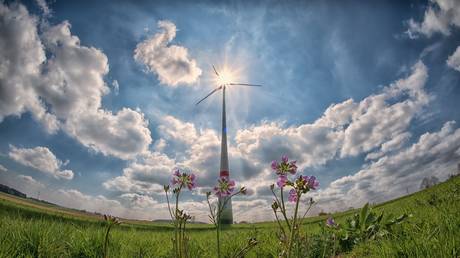 China is the biggest winner of the US renewables boom

And then there is the Yara Birkeland in Norway, which will be not only fully electric but also autonomous when complete, because construction ceased due to the pandemic and, according to the company, the economic outlook has changed. This is just one sign that it is probably way too early to hail the start of the electric era in shipping.

Vaclav Smil from IEEE Spectrum wrote in a 2019 article that electric ships simply cannot compete with the volumes that diesel-powered container ships can carry and the distances they can go without needing to stop and refuel. The Yara Birkeland, Smil noted, will carry some 120 TEUs over a distance of just 30 miles.

This compares with several thousand TEUs for many diesel-powered vessels, up to a record of over 20,000 TEUs for the container ships of OOCL Hong Kong.

And then there is the range. For electric ships, it is just minuscule compared to the thousands of miles that diesel-powered contain ships can cover.

Finally, there is the cost of the battery. Lithium-ion battery cells are still quite costly, especially for a battery pack boasting a couple of thousand kilowatt-hours that users expect will charge quickly. The positive is that users only have to pay for it once, whereas diesel-powered vessels must refuel regularly – but the upfront cost is quite hefty, based on an average (car) lithium-ion battery cost of $156 per kWh as of 2019, according to BNEF. And ship batteries are not the same as car batteries.

Maritime transport is one of the most polluting industries in the world. Changing this is certainly important from an environmental perspective. But electrification is not a magic wand. Electrifying ships will take a while.

Source: https://www.rt.com/business/499290-electric-ships-batteries-development/?utm_source=rss&utm_medium=rss&utm_campaign=RSS
Droolin’ Dog sniffed out this story and shared it with you.
The Article Was Written/Published By: RT