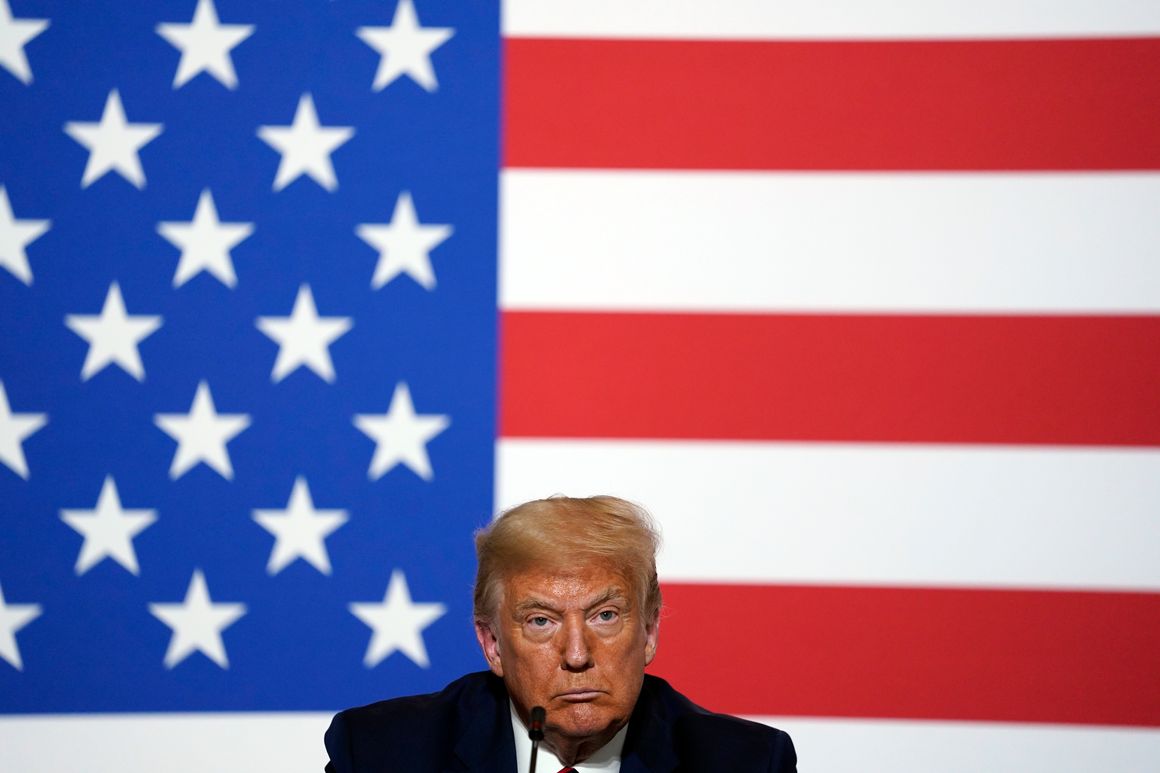 With three question marks, two words in all caps and one incendiary tweet, Donald Trump on Thursday morning unleashed one of his most hostile sallies on democracy yet. The corrosive missive, smearing the November election as “INACCURATE & FRAUDULENT” before the first vote has been cast and floating the notion of delaying the date, was probably shocking not so much because of its content as by the reaction it swiftly elicited. People who habitually do not respond to the president’s tweets responded to this one—a point-blank and bipartisan repudiation that included a roster of important Republicans.

The tweet even alarmed a cadre of longtime Trump observers—the biographers and former staffers and executives who long ago became accustomed to his provocations. But they also weren’t that surprised.

From Trump’s financial failures of the early to mid-1990s, after all, to his failures then and later as a casino owner in Atlantic City, New Jersey, to the similar tactics he deployed in the stretch run of the election in 2016, the people who know Trump best have seen versions of this before. And always the motivation is the same—to save face by muddying the runway headed toward a looming loss by calling into question if not outright attacking the validity of the system itself.

The sole difference, they say, and it’s a big one, they grant, is the gravity of his role—he’s the president not of the Trump Organization but of the United States of America—and what’s at stake: the health and sustenance of the country’s democracy.

“The only thing that has changed is that he’s doing it on the world stage, and it is enhanced by the powers and the platform that the presidency offers,” biographer Tim O’Brien told me. “We don’t need to believe now that there’s anything Donald Trump won’t do to preserve his own sense of himself. And for the history books alone, certain incidents are worth cataloging, and this is one of them. He’s willing to put democracy on the block.”

But Trump never has altered his fundamental M.O. to match the scale of the moment. He’s always placed his own interests first, say those who know him, whether it’s a business deal or a matter of state.

“This is all very consistent with the man I worked with 30 years ago,” Bruce Nobles, the former president of the Trump Shuttle, told me. “He’s very competitive and wants to always win, and if he thinks he can’t win, then by definition there must be something wrong with the system, because otherwise, of course, he would win,” Nobles said. “He believes that, if for some reason he doesn’t get what he wants, it’s not his fault—it’s some other corrupt system that’s keeping that from happening.”

Back in 1990, when he owed his bank lenders billions of dollars, Trump blamed the overall economic downturn instead of acknowledging the litany of his own reckless decisions, “saying, ‘OK, well, you run the building, you run the debt, you run the airline, you run the Plaza,’” former Trump publicist Alan Marcus told me. And he made sure that his plight was every bit their plight, in a sense faulting the system, then distorting the system—then (ab)using the system to survive. “He’d say, ‘Hey, if I fail, everybody fails,’” said Marcus.

“When he was deeply indebted with bank loans he couldn’t repay,” added O’Brien, the biographer, “he basically said that he would just blow up the banks and leave them hanging and walk away from his debts—when they needed him to play ball, so they could rationally dispose of the properties he used to control. And once he realized that they needed his involvement, he began playing with fire—like all 7-year-olds do.”

Steven Perskie, the chairman of New Jersey’s Casino Control Commission from 1990 to 1994, on Thursday recalled the instance in December 1990 in which Trump’s father spent more than $3 million on casino chips he didn’t use—an illegal loan that helped his beleaguered son make a debt payment that was due.

“It doesn’t have remotely the profile and political impact of the tweet this morning, which is a direct attack on our system of government,” Perskie told me. But still, he said: “The connection, or the tie, if you will, is simply his instinctive ability to reinvent reality.”

Reinventing reality in that case meant an assault on the state’s regulatory infrastructure—and in this case means sowing doubt about the trustworthiness of the nation’s voting system.

“Every failure he’s ever had,” O’Brien told me, “he has blamed it on outside forces.”

Only now, of course, Trump is one of the most powerful people on the planet, and one of the most consequential presidents ever, and what he’s assailing is not the banks or Atlantic City.

At least on Thursday, though, the response on Capitol Hill and around the political world seemed to suggest that Election Day—which the Constitution empowers Congress to set and therefore can be changed only by Congress—is one pillar of democracy this norm-eviscerating president won’t be able to gut. He’d been “edging” toward the idea of postponing or poisoning this fall’s election, biographer Gwenda Blair told me, “but now he’s going full speed ahead.” Republicans, from Mitch McConnell on down, however, said in essence stop right there.

But the people who’ve known and watched Trump—not for five years but parts of five decades—say one thing is for sure. He will not. As predictable as Tuesday’s tweet might have been given his patterns of behavior in the past, it also could and should be seen, they said, as a preview of what’s to come these next 96 days and for who knows how long after that.

“He’s going to keep the rhetoric up,” former Trump casino executive Jack O’Donnell told me. “He’s going to do it for the next three months, and he’s going to talk about this ‘rigged’ election and this ‘fraudulent’ election. Because he can’t lose in his mind. And this is how he’s going to cover in case he does.”

Source: https://www.politico.com/news/magazine/2020/07/30/trumpology-democracy-on-the-block-389081
Droolin’ Dog sniffed out this story and shared it with you.
The Article Was Written/Published By: Michael Kruse