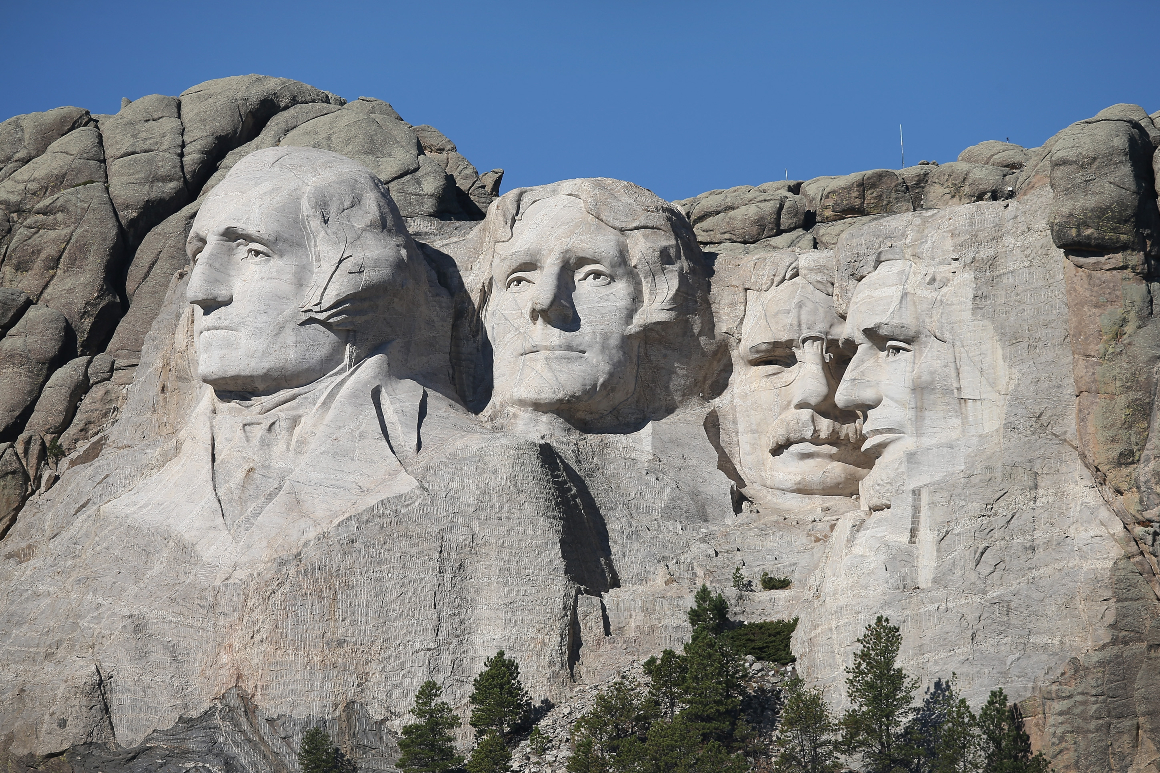 The administration is working with the South Dakota governor’s office to plan a military flyover at Mount Rushmore during President Donald Trump’s visit to the national landmark on July 3 as part of Independence Day celebrations, a spokesperson for the governor confirmed to POLITICO.

“We do anticipate there being a military flyover of some kind,” said Ian Fury, communications director for South Dakota Gov. Kristi Noem. “We’re communicating with numerous federal agencies on planning this event.” He declined to provide additional details.

Officials at the Pentagon were in conversations last week about plans for the flyover, according to a defense official, who said the planning process had not yet begun.

“At this point it’s just direction from the WH on what they want to do,” the official said.

The flyover and previously announced fireworks at Mount Rushmore will kick off this year’s Independence Day celebrations across the country, but the main event will be a “Salute to America” on the National Mall on July 4 that may include military aircraft, band performances and other displays, according to a second defense official.

The news that the administration is planning large military demonstrations for the second year in a row to celebrate the Fourth of July comes at a moment of heightened concerns about politicization of the military. Thousands of members of the National Guard have been deployed around the country to help law enforcement respond to the protests, and Trump on Monday threatened to deploy active-duty troops to tamp down on the unrest if state and local officials failed to do so.

In a move that irked the White House, Defense Secretary Mark Esper on Wednesday declared his opposition to deploying active-duty troops on U.S. streets right now.

Trump has promised a second Independence Day celebration in the nation’s capital this year despite an outcry from lawmakers concerned about the public health implications of holding a large event amid the coronavirus pandemic. Washington, D.C., Mayor Muriel Bowser allowed businesses to begin reopening over the weekend but is still prohibiting gatherings of larger than 10 people.

The White House has said it will take precautions this year to ensure public safety during July 4 celebrations, although it has not provided details about what those measures would entail.

“It will have a different look than 2019 to ensure the health and safety of those attending,” said White House spokesperson Judd Deere. “The American people have shown tremendous courage and spirit in the fight against this global pandemic just as our forefathers did in the fight to secure our independence, and both deserve celebration on America’s birthday this year.”

But a group of Democratic lawmakers representing the District, Maryland and Virginia warned Esper and Interior Secretary David Bernhardt against holding the event in a letter last week. Led by Virginia Rep. Don Beyer, the lawmakers argued a large July 4 event can’t be safely held given the large crowd that would like attend, and warned against staging an event that could cost millions amid the pandemic.

Last year, the “Salute to America” cost Washington, D.C., and the federal government more than $5 million.

“Should the president continue with his plan to hold another ‘Salute to America’ event, it would have detrimental impacts on not only those that live in the National Capital Region, but all those who travel in from other areas of the country to attend,” the Democrats wrote. “The Administration, including your agencies, should be focusing on helping American families, not on a vanity project for the president.”

Source: https://www.politico.com/news/2020/06/03/trump-mount-rushmore-military-flyover-298870
Droolin’ Dog sniffed out this story and shared it with you.
The Article Was Written/Published By: Lara Seligman