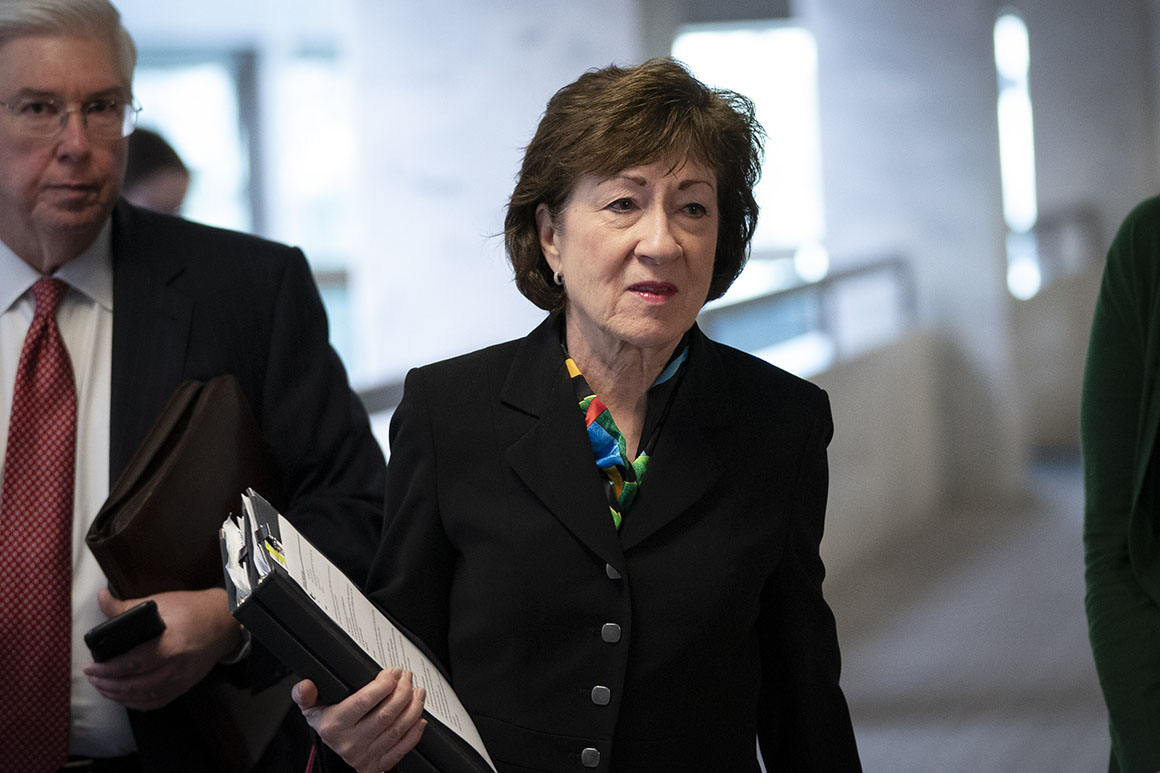 Democrats this year have seized all the momentum in the battle for Senate control, riding strong fundraising and a spending advantage to charge into contention for the chamber.

Now, after months on the defensive, Republicans are poised to punch back.

The National Republican Senatorial Committee launched its first round of TV ads in three races this week and will be on air in six battleground states by early July. The long-planned effort represents an earlier-than-usual investment for the GOP’s official campaign arm, but Republicans acknowledge that it is coming after a prolonged period of essentially unanswered Democratic attacks.

Democratic campaigns and outside groups have outspent Republicans on the airwaves in Arizona, Colorado, Iowa, Maine and North Carolina — in some cases by a more than 2-to-1 ratio, according to data from Advertising Analytics.

With polling showing Republicans’ Senate majority looking more precarious, and Democratic challengers raising mountains of cash, Republican operatives are hoping the wave of ads helps steady their incumbents and drive up the negative images of the challengers. Republicans have a 53-47 majority and started this cycle as heavy favorites to retain control of the Senate. But Democratic recruiting successes and strong fundraising put enough seats in play to give them multiple paths back to the majority.

The NRSC’s spending in the next six weeks won’t necessarily even the playing field — Democratic outside groups will be on the airwaves in most of the same races — but will put the GOP on the board in a more significant way.

Kevin McLaughlin, the executive director of the NRSC, called the lineup of Democratic candidates “overrated, untested and unvetted” and said liberal “dark money” groups had been playing in the election since early last year “virtually unchecked.”

“Those days are done. As Mike Tyson said, ‘Everyone has a plan until they get hit in the face.’ We look forward to introducing the real Mark Kelly, Gary Peters, Sara Gideon and all the rest to voters across the country,” added McLaughlin, name-checking Democratic candidates in Arizona, Michigan and Maine.

The first ads ran in those three states this week, all three attacks against the Democratic candidates. Ads hit the air in Iowa next week, and in North Carolina and Colorado in early July, part of a $33 million initial investment.

On top of that, One Nation, a dark money group aligned with Majority Leader Mitch McConnell, announced this week a $27 million flight of TV ads running over the summer in six states with GOP incumbents, starting between late June and early August and largely overlapping with the NRSC targets.

The spending comes at a critical juncture. Democrats have already landed their preferred candidates in a handful of races, and primary elections over the next six weeks will decide the remainder of their nominees. Meanwhile, the party’s challengers have outraised GOP incumbents consistently: More than a half dozen GOP senators were outraised by challengers in the first quarter of this year, and at least four Democratic challengers have outraised Republican incumbents in the first half of the second quarter, according to recently filed Federal Election Commission reports.

“I would love to not have to budget as carefully as Republicans have had to do this cycle, but they haven’t begun to spend their own resources in earnest,” he added. “My sense is, when that begins, you may have a different shape to a lot of the races.”

J.B. Poersch, president of Senate Majority PAC, Senate Democrats’ main outside group, disputed the notion that it was the party’s spending advantage creating strong position across the map. He argued it was because GOP incumbents were tied to President Donald Trump and had done little to define themselves in office.

“Nobody wants to step outside the line and show any backbone, and as a result they start these races in a hole,” Poersch said in an interview. “Maybe Democratic messaging is part of that, but let’s not kid ourselves. This thing has been baked like this for a while, and they’re part of the reason why.”

Democrats’ early spending has taken different forms. So-called dark money groups have spent millions attacking GOP senators, much of that spending focused on the same health care message on which the party won in 2018. Senate Majority PAC has also spent heavily to boost challengers who started their races relatively unknown. And most of the challenger campaigns are already on the airwaves airing positive messages about their biographies.

In Maine, the state that has seen the most spending of any race this cycle despite its small population, Gideon’s campaign and Democratic groups have spent $14 million, compared to $10 million for fourth-term Sen. Susan Collins and GOP allies. Both parties have aired a mixture of positive and negative ads. In Arizona, Democrats have spent more than $5.8 million compared with just under $3 million for Republicans. In Michigan, Republican John James and a bevy of GOP super PACs and dark money groups have spent nearly $4.5 million to put the race in play, but Peters’ campaign and Democratic groups have doubled that.

The advertising disparity is starkest in Colorado, where Sen. Cory Gardner’s campaign launched its first ad recently and has so far spent more than $330,000 with a similar amount booked in the weeks ahead, according to Advertising Analytics. Democratic groups have spent more than $4 million on air in total this cycle, and no GOP outside groups have been on air yet. The NRSC and One Nation will be first to answer in early July, and Senate Leadership Fund, the super PAC affiliated with One Nation, has $5.5 million booked after Labor Day.

In North Carolina and Iowa, most of Democrats’ spending advantage has been outside groups lifting up Cal Cunningham, who won the North Carolina primary in March amid heavy outside spending, including a top GOP super PAC boosting his opponent, and Theresa Greenfield, the party’s preferred candidate who won Tuesday’s primary to face GOP Sen. Joni Ernst.

Republicans have expressed concern about the spending disparity, particularly after similar disadvantages plagued them in close races in 2018 where some Democratic candidates went on air relatively unchallenged over the summer. Mike DuHaime, who ran the NRSC’s independent expenditure program in 2010 and 2012, praised the committee for going early.

“The Senate committee is smartly doing something differently than they’ve done in the past, but they need to,” DuHaime said. “It also speaks to the fact that they’ve had success fundraising so they can go earlier.”

The Democratic Senatorial Campaign Committee has booked $30 million for its initial TV ads starting in the fall. Stewart Boss, a spokesperson for the DSCC, said the looming attack ads showed Republicans have been losing ground in the battleground states.

“It tells you everything you need to know about where things stand right now that Washington Republicans are acknowledging their weak incumbents have lost so much ground and admitting they can’t win by running on their actual records,” Boss said.

Source: https://www.politico.com/news/2020/06/03/senate-republicans-2020-counteroffensive-297511
Droolin’ Dog sniffed out this story and shared it with you.
The Article Was Written/Published By: James Arkin