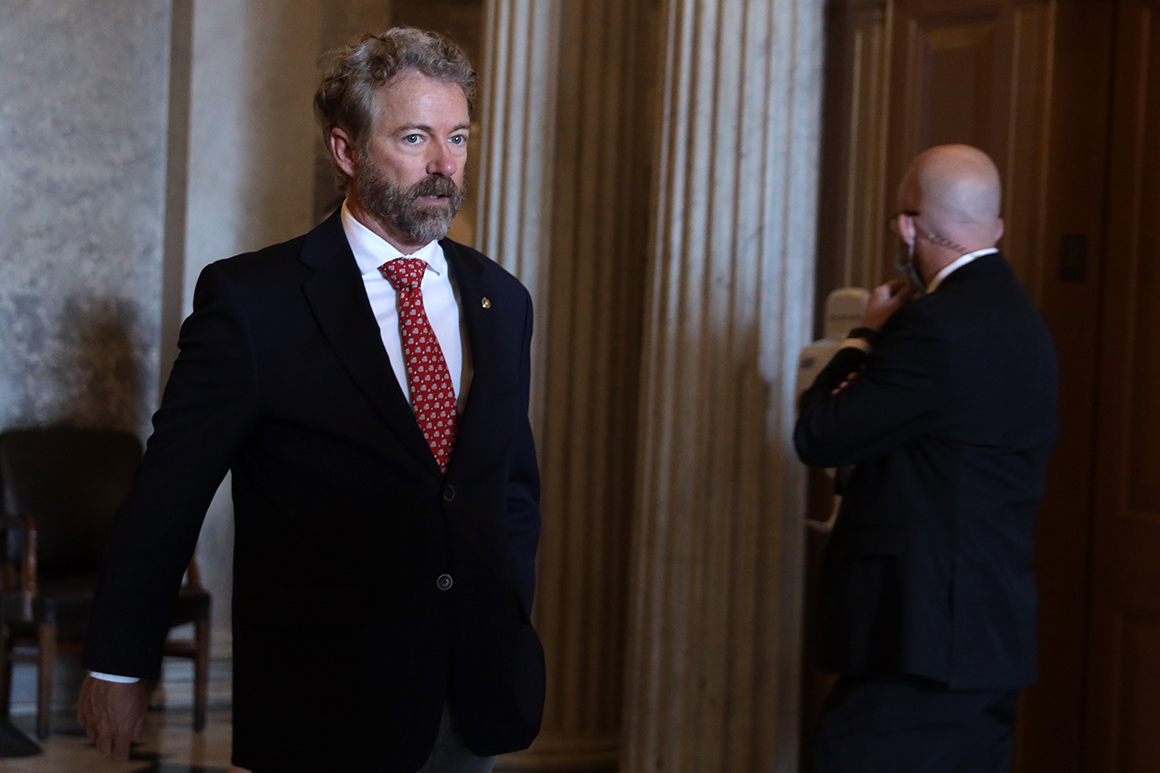 The House-passed anti-lynching bill won’t pass the Senate without changes, Sen. Rand Paul said on Wednesday, raising the prospect that Congress may once again fall short of confronting the abhorrent practice.

The Kentucky Republican said he is talking to authors “about how to make the bill better.” In theory, the Senate could quickly unanimously pass the House bill and send the law to President Donald Trump, but Paul’s objection means that instead the Senate would have to use several days of floor time to hold a roll call vote and pass the bill.

“If they want to pass it the easy way they have to talk to me about it,” he said.

The Senate passed its own anti-lynching bill in 2019, making lynching a federal crime. But the House’s bill, passed in February, is slightly different and Paul said it won’t move quickly without more changes.

The fact that Congress is still struggling to respond to the past atrocities of lynching black people highlights how difficult it will be for Washington to deal with misuse of police force and outrage over police officers killing unarmed black Americans. Everyone seems to agree lynching is terrible and must be condemned and outlawed, but not specifically on how to do it.

Paul said that he’s concerned that the way the House bill is written, it might “conflate lesser crimes with lynching.”

“Under the statute as written, bruises could be considered lynching. That’s a problem, to put someone in jail for 10 years for some kind of altercation. And it also I think demeans how horrible lynching actually was,” Paul said on Wednesday.

In an interview, one of the Senate bill’s authors said that the easiest way forward is for the House to take up the Senate’s bill.

“The House could easily take the bill that we’ve already passed and [Trump will] sign it,” said Sen. Tim Scott (R-S.C.), the only African American Republican senator. “That’s where we should have been, could have been and still can be.”

Source: https://www.politico.com/news/2020/06/03/rand-paul-anti-lynching-bill-298571
Droolin’ Dog sniffed out this story and shared it with you.
The Article Was Written/Published By: Burgess Everett