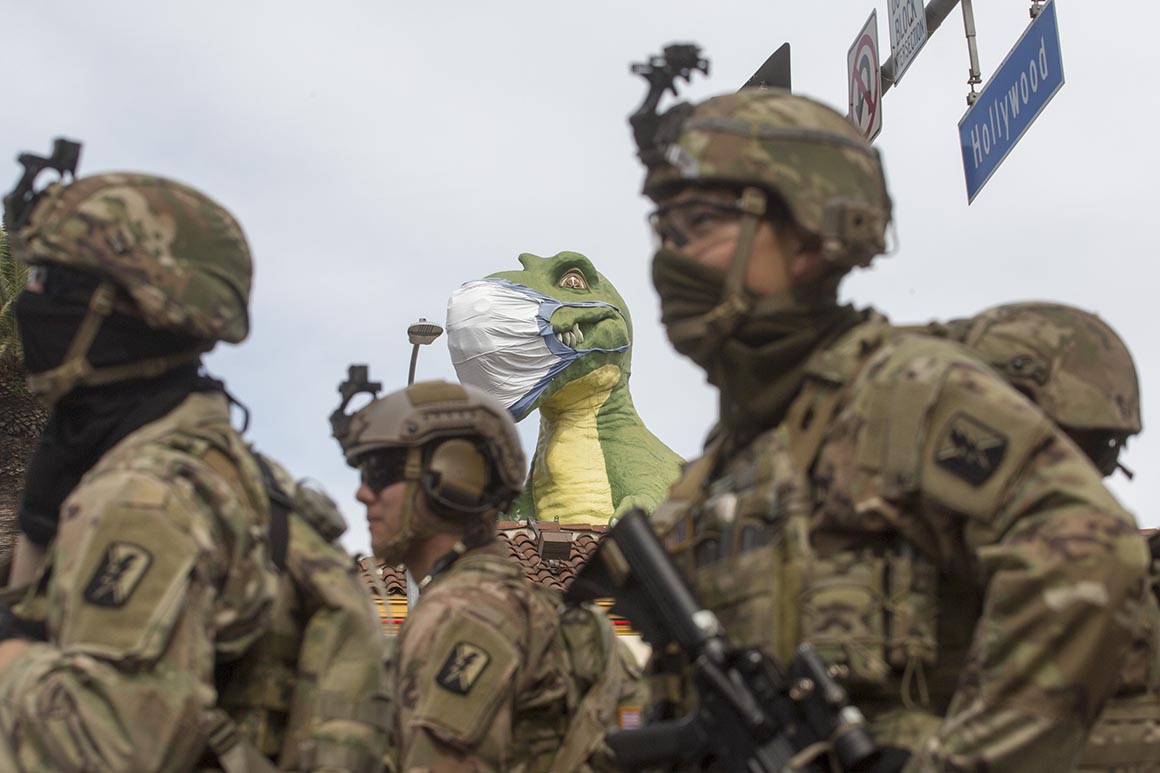 Nearly seven-in-10 voters say things in the U.S. are pretty seriously on the wrong track, according to a new POLITICO/Morning Consult poll.

The poll was conducted May 29-June 1, amid historic disruption in American life: the continued coronavirus pandemic, the crippling of the U.S. economy and the widespread protests over police brutality and the unequal treatment of racial minorities. Those protests turned violent and destructive in some cities while the poll was in the field.

“As 2020 headlines continue to be dominated by crises, the fewest voters we’ve tracked in nearly four years believe the country is going in the right direction,” said Tyler Sinclair, vice president at Morning Consult.

The new POLITICO/Morning Consult survey is not the only one to show declining views of the country’s direction. A Monmouth University poll out Tuesday also represented the low-water mark, going back to 2013, in the percentage who said the U.S. was headed in the right direction.

Though a decline in the number of Americans viewing the country as headed in the right direction would be concerning for Trump’s campaign, other incumbent presidents have won reelection even with significant majorities saying the country is on the wrong track. A Washington Post analysis in 2016 showed that Barack Obama and Bill Clinton won reelection despite high “wrong track” numbers in the polls.

The president’s approval rating is considered a more accurate predictor of his political fortunes, but that also looks bleak for Trump: In the new POLITICO/Morning Consult poll, 41 percent of voters approve of the job Trump is doing, and 55 percent disapprove. That’s statistically unchanged from the previous week, when 40 percent approved — though it is slightly lower than Trump’s approval ratings earlier this year, before voters’ perceptions of his response to the coronavirus outbreak turned negative.

The POLITICO/Morning Consult poll surveyed 1,981 registered voters and has a margin of error of plus or minus 2 percent.

Morning Consult is a global data intelligence company, delivering insights on what people think in real time by surveying tens of thousands across the globe every single day.

More details on the poll and its methodology can be found in these two documents: Toplines | Crosstabs

Source: https://www.politico.com/news/2020/06/03/poll-us-wrong-track-297033
Droolin’ Dog sniffed out this story and shared it with you.
The Article Was Written/Published By: Steven Shepard