Just two years after its adoption of the the 5050×2020 gender-parity pledge, the Cannes Film Festival’s typically resistant path to diversity and inclusion among its filmmaker ranks has gotten an unexpected kick in the pants. This year’s festival, already very different than its predecessors due to global events, will harbor another change: a “significant increase” in the number of female filmmakers whose work has been stamped as a Cannes selection. In Cannes numbers, that means a big percentage jump from 2019 (up nearly five percent), but a relatively modest gain in terms of how many actual films from women are included (just 16 out of 56).

Predictably, this year’s Cannes lineup includes plenty of returning talent, as the festival has occasionally anointed a handful of female filmmakers and continually programmed their films. This year, that includes new offerings from Cannes regulars like Naomi Kawase (“True Mothers”), Maïwenn (“ADN”), Danielle Arbid (“Passion Simple”), Ann Hui (one of the many directors on “Eight and a Half”), and even Caroline Vignal, who returns to Cannes 20 years after her Critics’ Week hit “Girlfriends.”

Per the festival’s own reported figures — part of the the 5050×2020 parity pledge which, it is important to remind, does not directly require parity in programming, but does require increased transparency in regards to numbers just like this — this year’s Cannes saw submissions from 532 female directors, making up 25.7 percent of the total submissions, which marks a slight down trend from last year (575 female directors submitted in 2019).

Still, the festival’s official statement on its selections notes that “the number of female directors included in the selection shows a significant increase,” which includes the listed films from 16 female filmmakers. Percentage-wise, that means that 28.5 percent of the total lineup comes from female filmmakers (last year, Cannes noted, the number was 23.7 percent), a figure that is higher than the percentage of female directors who submitted their films.

But while those numbers are moving upwards, they also arrive with some major asterisks. This year’s Cannes, like so many other events around the globe, is a wholly different affair than usual; in the most traditional of senses, this year’s Cannes Film Festival doesn’t even exist. Despite weeks of back-and-forth about whether or not the lauded festival could continue in the midst of a global pandemic, by mid-May, government decrees had made such a wish impossible.

Cannes head Thierry Frémaux then offered up a solution: an announcement of selected films (only those set for theatrical release between now and the spring of 2021), all of which will screen at partner festivals or head straight to cinemas. (Also, it’s worth noting that the festival still went ahead with its announcement in the middle of global unrest and continued protests in support of Black Lives Matters and other anti-racism and anti-police brutality movements.) 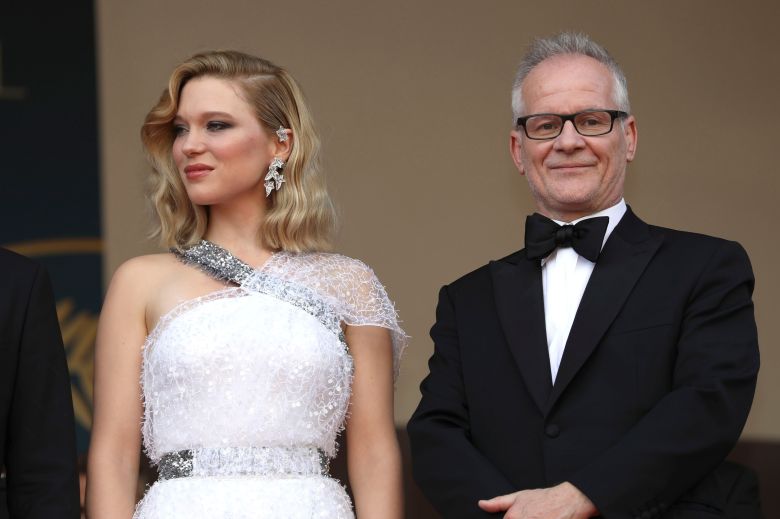 That means this year’s Cannes “lineup” is an outlier in the fest’s storied history, with some of the biggest films pushing back their releases to 2021 in hopes for the usual bow at the 2021 Cannes Film Festival (an event that will, presumably and hopefully, look like a “normal” event). None of the filmmakers that now have “Cannes films” under their belts will be able to enjoy the usual fanfare, and the festival will get to tout their rising numbers without actually having to show many of these films in the normal way. If a film festival drops a lineup in the forest and no one is there to see it, did it really happen?

Moreover, Cannes has opted to forego the usual sections, including Competition, Un Certain Regard, out of competition, Midnight Screenings, and Special Screenings, instead presenting its chosen films in one overall list. That means that we’ll never quite know which films were meant to screen as part of the festival’s competition section (typically, the festival’s starriest and the one where female filmmakers have made the least strides over the years).

It also means that Cannes, long disinterested in letting new female filmmakers into the highest reaches of its program, provided them with equal footing alongside the other filmmakers in the selection. At the same time, its blanket reference to an influx “discoveries” in this year’s lineup takes this achievement down a notch. In an official statement on the selections shared yesterday, Frémaux noted that, due to the lack of some of the festival’s expected heavy hitters, “we’ll see that many discoveries are shaping this Selection 2020. A festival’s purpose is to place emerging talents on the world map.” He added, “this growing number of female directors in the selection is the result of an evolution observed for several years. It testifies, in number and in value, to the artistic and human contribution of women in contemporary cinema, whether they are directors or technicians.”

Some of those discoveries include Ninja Thyberg (who previously directed the short “Pleasure,” which screened as part of Critics’ Week and has now been made into a feature), Charlène Favier (“Slalom”), Fanny Liatard (who co-directed her feature debut “Gagarine” alongside partner Jérémy Trouilh), Suzanne Lindon (“16 Printemps”), and Nora Martirosyan (“Si Le Vent Tombe”).

Frémaux also added that film lovers will see even more female representation elsewhere, writing that “it is also less a matter of numbers than an enjoyable prospect: when we will publish the statistics of the short film competition or that of the Cinéfondation films later in June, you will be able to see that, among the younger generation, the presence of female directors is even more important and promises the advent of a parity that we are all looking for.”

And that much is true: The “matter of numbers” is less important than what’s long been lacking at Cannes and elsewhere — the “presence” of female filmmakers of all stripes. This year’s Cannes might not be a normal one, and in at least one respect, that’s a good thing.

Source: https://www.indiewire.com/2020/06/cannes-2020-female-filmmakers-1202235071/
Indie Brew found this story and shared it with you.
The Article Was Written/Published By: Kate Erbland