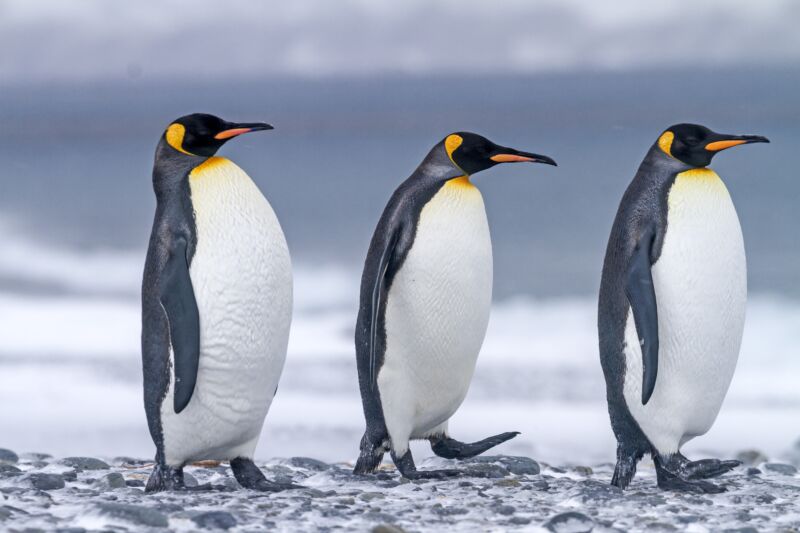 We could all use a good laugh about now—and a whiff of penguin poop is certainly one way to get it.

Gobs of guano from king penguins in the sub-Antarctic give rise to comical clouds of nitrous oxide—aka laughing gas—according to a recent study published in the journal Science of the Total Environment.

And—as if the wobbling, forever formally attired birds weren’t already amusing enough—the force of their farcical feces is enough to knock someone down with a tail feather, the researchers say.

Source: https://arstechnica.com/?p=1678440
Droolin’ Dog sniffed out this story and shared it with you.
The Article Was Written/Published By: Beth Mole

“My Nanny sewed catnip into a toy bunny for my cat and she absolutely loves it,” says IMGURian @kit

Despite all the activity outside as of late, performances are still being kept to parties of one. S

Even divorced from its director and the accusations that have soured its release, A Rainy Day in Ne

The 2020 list is the most diverse in Bafta TV’s 65-year history Source: https://www.independent.co.

Kristen Bell and Dax Shepard raising their daughters to be &apos;anti-racists&apos;

‘We have one ride on this planet and what is the friggin’ point of spending it hating?’ says actor

Sharp, smart and sensitive: Why Dave is the best new comedy of 2020

East Bay artists: got mural-painting skills? I’ve been informed by a friend-in-the-know that a loos