The US government has secured nearly one third of the anticipated production of a vaccine for coronavirus under development by AstraZeneca, after pledging more than $1 billion to fund the project.

The US Department of Health will dole out $1.2 billion for 300 million doses of the vaccine, which is being created in conjunction with the University of Oxford. Health Secretary Alex Azar described the deal as a “major milestone” in US President Donald Trump’s program to fast-track a Covid-19 vaccine, dubbed Operation Warp Speed.

AstraZeneca, based in Cambridge, England, says it will be able to manufacture around one billion doses of the vaccine, and hopes to begin deliveries in September. The UK government, which is also funding the project, has already secured 100 million doses.

Although billed as one of the best hopes of creating an effective antidote to coronavirus, initial trials of the vaccine, known as AZD1222, have had mixed results. In animal tests, all the monkeys injected with the vaccine ended up testing positive for Covid-19 after being introduced to the virus. However, the developers argued that the vaccine had successfully protected the animals from more severe infections. 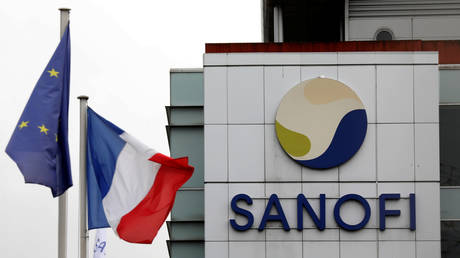 The United States has taken heat for trying to pay to be first in line for any effective treatment. Washington has already awarded $30 million to France-based Sanofi, which is working on its own coronavirus vaccine. The company caused uproar among French government officials after it claimed that due to Washington’s generous financing the US would have first priority for any vaccine.

The pharmaceutical giant later backtracked, stating that they would be able to manufacture enough doses to meet demand both in the United States and across Europe.

Source: https://www.rt.com/usa/489353-vaccine-astrazeneca-coronavirus-us-priority/?utm_source=rss&utm_medium=rss&utm_campaign=RSS
Droolin’ Dog sniffed out this story and shared it with you.
The Article Was Written/Published By: RT