If you still believe Russian cities are full of bears roaming the streets freely and attacking people, well, you’re probably not wrong. At least that’s exactly what some rare footage from one of Russia’s cities would suggest.

The bizarre incident occurred in central Russia overnight, when an adolescent bear freely took to the streets of Yaroslavl city and had a close encounter with an (un)lucky local, CCTV footage shows.

Spotting the bear, the man whipped out his smartphone, trying to film the animal. The ferocious beast, however, was apparently not in the mood for snaps and assaulted the pedestrian, seemingly trying to reach for the gadget.

The bear was promptly scared away by a taxi driver, who flashed headlights and honked at the animal, driving it away. He took the bear’s victim to the hospital afterwards, where the injured man was treated for a major hip laceration.

But apparently the bear still wasn’t satisfied; he continued roaming the streets and chased another car and getting filmed by its driver during that confrontation.

The authorities were soon notified by multiple witnesses about the bear’s escapades, but the animal managed to escape the city before getting caught. Bear footage promptly went viral on Russian-speaking sections of the Internet, providing prime material for jokes about stereotypes.

Many residents said they’d only seen an incident such as this for the very first time in their city. Others, however, said there was nothing surprising about it at all, pointing fingers at Yaroslavl’s coat of arms, which actually features a bear… wielding a battle axe. Luckily, this week’s misbehaving bear apparently left its traditional hardware in the woods. 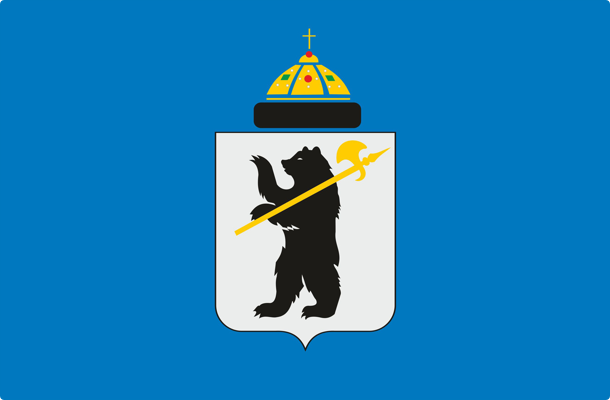 According to the local department of natural resources, bears often stray into the city during springtime, and the whole incident was not that unusual. Still, the coronavirus pandemic might have had a hand in it, as due to the current period of self-isolation in Russia there are considerably less people in the streets – which makes animals get lost and enter big cities by mistake. 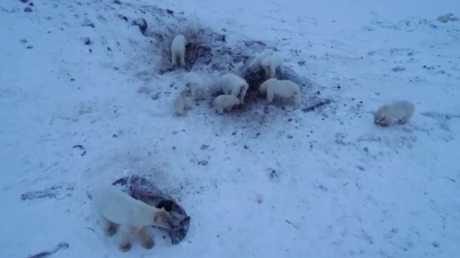 Source: https://www.rt.com/russia/488982-russia-city-bear-attack/?utm_source=rss&utm_medium=rss&utm_campaign=RSS
Droolin’ Dog sniffed out this story and shared it with you.
The Article Was Written/Published By: RT