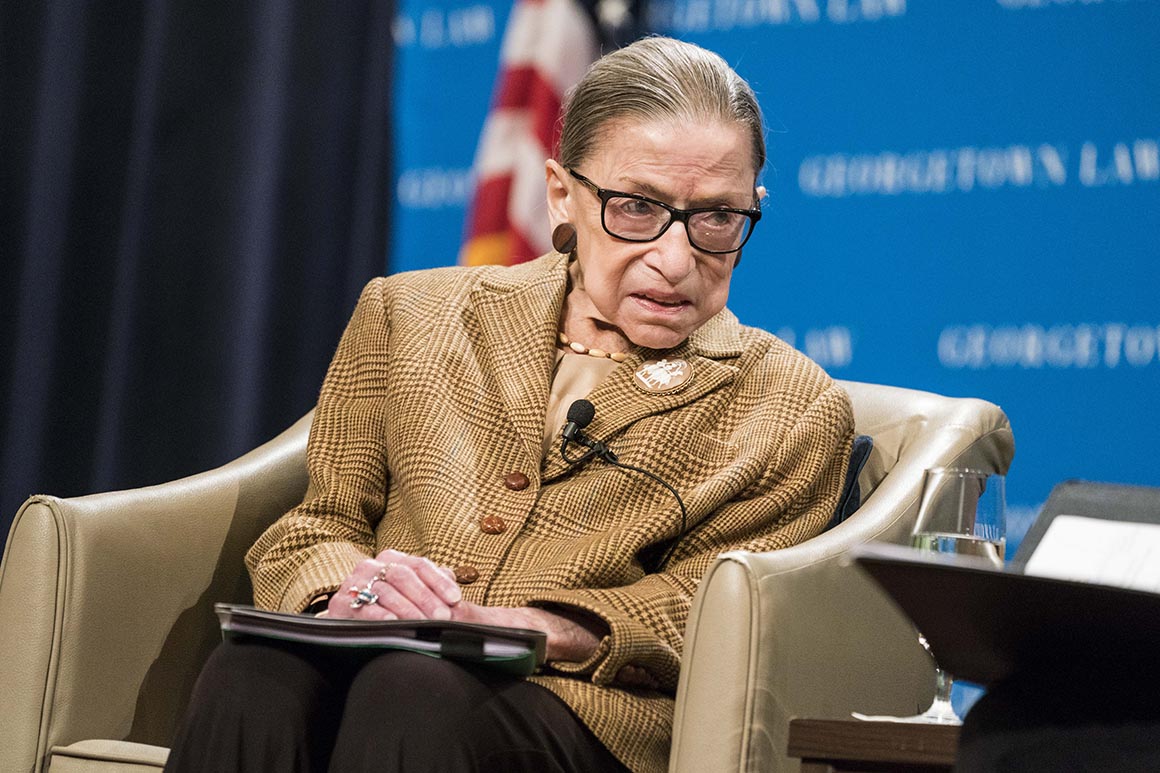 Justice Ruth Bader Ginsburg has been hospitalized after suffering from inflammation of her gallbladder, the Supreme Court said in a statement on Tuesday night.

Ginsburg, 87, is the oldest member of the Supreme Court and the longest-serving Democratic appointee.

Ginsburg‘s illness emerged in the same week the justices held their first-ever telephone arguments, as a result of the ongoing coronavirus pandemic.

The court said that Ginsburg sought treatment after Monday‘s argument session and that doctors at Sibley Hospital in Washington concluded she had developed a gallstone that “migrated to her cystic duct, blocking it and causing an infection.“

The statement said Ginsburg was expected to spend “a day or two“ in the Maryland hospital and take part in the final arguments of the week from there on Wednesday, after apparently joining from her home earlier in the week.

Ginsburg has had several rounds of cancer.

Last August, after a photographer captured pictures of her entering a New York hospital, the court disclosed that she was undergoing treatment for a malignant tumor found on her pancreas three weeks earlier. In 2018, she had surgery on lung nodules that also turned out to be malignant. She later missed two weeks of oral arguments at the court.

Ginsburg was also diagnosed with colon cancer in 1999 and pancreatic cancer in 2009, but the court said at that time that, after treatment, all indications were she was cancer-free.

Source: https://www.politico.com/news/2020/05/05/justice-ruth-bader-ginsburg-hospitalized-239369
Droolin’ Dog sniffed out this story and shared it with you.
The Article Was Written/Published By: Josh Gerstein