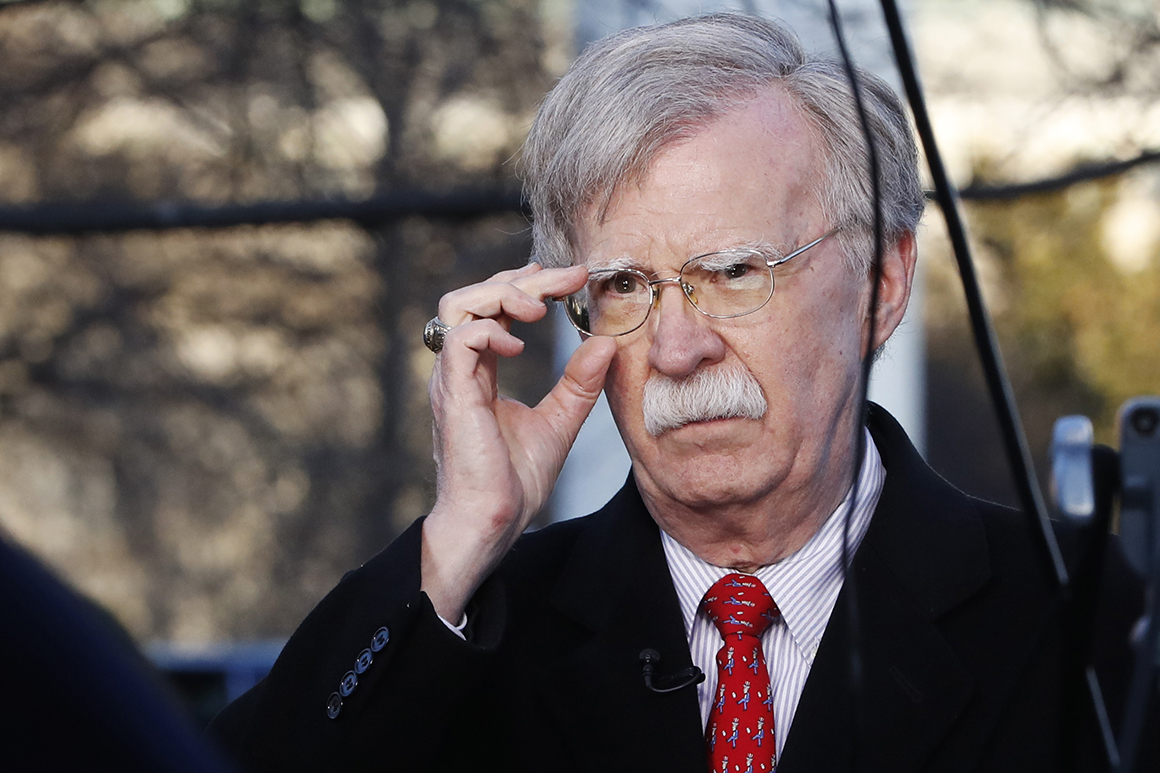 The publication of former Trump national security adviser John Bolton’s tell-all book has been pushed back again to at least late June, according to a notice from Amazon.com, amid an extensive prepublication review by the National Security Council.

Bolton’s book, “The Room Where It Happened: A White House Memoir,” is now scheduled to be published on June 23, more than three months after it was originally supposed to be released. This is the second delay for the much-anticipated book; after the March 17 publication date slipped, it got pushed back to May 12.

A spokesperson for Bolton declined to comment, while a spokesperson for the National Security Council, whose records management division is reviewing Bolton’s draft for classified material, also did not have a comment.

Bolton’s book, to be published by Simon & Schuster, has already been the subject of letters back and forth between Bolton’s lawyer and NSC lawyers as the government decides what he can publicly reveal about his time in the White House.

His lawyer, Chuck Cooper, has in the past accused the White House of corrupting the prepublication review process. He also disputed the idea that Bolton put any classified information in the book in the first place.

“Ambassador Bolton has carefully sought to avoid any discussion in the manuscript of sensitive compartmented information (‘SCI’) or other classified information, and we accordingly do not believe that prepublication review is required,” he wrote in a Dec. 30 letter to the NSC.

But Ellen Knight, NSC’s senior director for records, access and information security management, sent a letter in January to Cooper warning him that the book appeared to have “significant amounts of classified information” that led Cooper to urge her to speed up the review of Bolton’s chapter on Ukraine. President Donald Trump tweeted that Bolton wrote a “nasty & untrue book” that had “All Classified National Security.”

But parts of the book, although not in formal written form, entered the public eye during Trump’s impeachment. The New York Times reported that Trump told Bolton he wanted to continue withholding U.S. government aid from Ukraine until officials publicly pledged to investigate Joe and Hunter Biden. The White House did not respond to questions about Bolton’s claims at the time, the Times reported.

Bolton offered to testify during Trump’s Senate trial, but a vote to allow witnesses failed, largely along party lines.

Source: https://www.politico.com/news/2020/04/29/john-bolton-book-delay-222164
Droolin’ Dog sniffed out this story and shared it with you.
The Article Was Written/Published By: Daniel Lippman