China doubled the fill rate at its strategic and commercial inventories in Q1 2020, taking advantage of the low oil prices and somewhat supporting the oil market amid crashing demand.

According to estimates from Reuters columnist Clyde Russell based on official Chinese data, between January and March, nearly two million barrels per day (bpd) of oil imports were not processed by refiners. To compare, the estimates for Q1 2019 show that out of the total Chinese crude oil availability—including imports and domestic oil production – just 1.07 million bpd were held back and not processed by refiners. The difference between the Q1 2020 and the Q1 2019 unprocessed crude suggests that this year China has doubled the rate at which it has been filling its strategic and commercial inventories, Russell argues. 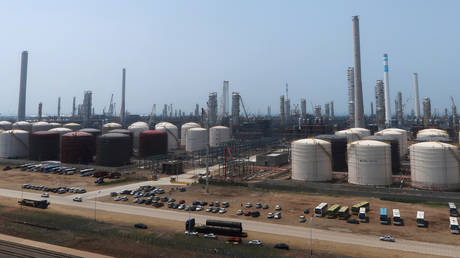 China doesn’t report inventories, so the rate at which it fills stockpiles is almost always a game of guestimates. This year so far, despite the COVID-19 pandemic that resulted in a Chinese demand slump first, China hasn’t dramatically cut its imports, according to official customs data. Oil imports have been lower than recent record-breaking levels, but not as dramatically as they would have been if China hadn’t diverted a higher volume of oil imports into storage.

Emerging from the coronavirus lockdown, China’s oil refiners are buying ultra-cheap spot cargoes from Alaska, Canada, and Brazil, taking advantage of the deep discounts at which many crude grades are being offered to China with non-existent demand elsewhere.

In March, China’s crude oil imports rose by 4.5 percent on the year, but dropped compared to January-February. However, independent refiners began ramping up bookings for crude arrivals in March and April as early as at the end of February.

But China’s stockpiling alone cannot save the oil market right now, with prices plunging again at the start of the week amid colossal demand losses and shrinking storage around the world and in the US.

Source: https://www.rt.com/business/486424-china-doubles-stockpiling-oil/?utm_source=rss&utm_medium=rss&utm_campaign=RSS
Droolin’ Dog sniffed out this story and shared it with you.
The Article Was Written/Published By: RT