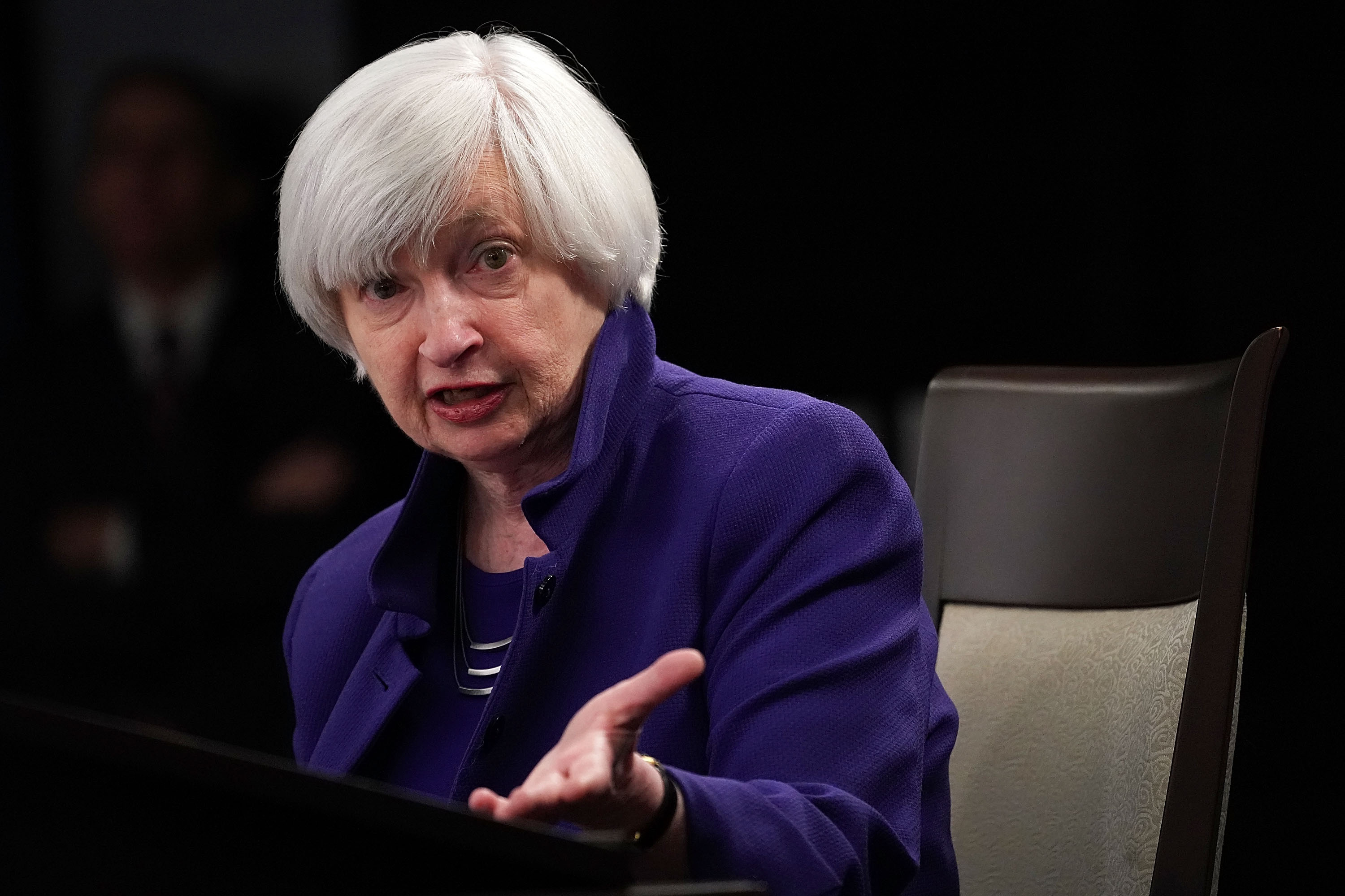 Yellen said the unemployment rate could already be at 12 or 13 percent, and that it’s moving higher.

The former Federal Reserve Chair told CNBC that “high frequency indicators, particularly ones that bear on the performance of the labor market, particularly initial claims” are “absolutely shocking.”

With hundreds of thousands of cases of coronavirus and nearly 10,000 deaths in the U.S., Americans have been asked to stay home, slamming the breaks on the economy at an unprecedented rate. As businesses close, some temporarily and some permanently, millions of Americans have filed for unemployment.

Government leaders have set aspirational targets for getting the economy up and running again, including a since-discarded plan by President Donald Trump to return to normalcy by Easter Sunday. The president has since shifted his expected reopen date to the end of April, on Saturday emphasizing that American workers “have to get back to work.”

Other state leaders have less ambitious targets, including Virginia Gov. Ralph Northam, who issued a stay-at-home order for his residents through June 10.

As government officials work to flatten the curve and keep Americans at home, Yellen is predicting a big hit for the second quarter.

“Other sectoral indicators, daily credit card data, other data that we have, just showed a dramatic decline in economic activity. You know, probably for the second quarter at an annual rate, we’re going to be looking at a decline of GDP of at least 30 percent, and I’ve seen far higher numbers,” Yellen said.

She continued: “So this is a huge, unprecedented, devastating hit. And my hope is that we’ll get back to business as usual, as quickly as possible.”

Source: https://www.politico.com/news/2020/04/06/former-federal-reserve-chair-janet-yellen-calls-us-economic-downturn-a-devastating-hit-168164
Droolin’ Dog sniffed out this story and shared it with you.
The Article Was Written/Published By: Myah Ward

The New York psych-folk band makes a welcome return to form with a dreamy, unsettling, Mellotron-fi

&apos;Please, I can&apos;t breathe&apos;: US police officer filmed with knee on neck of motionless man who later died