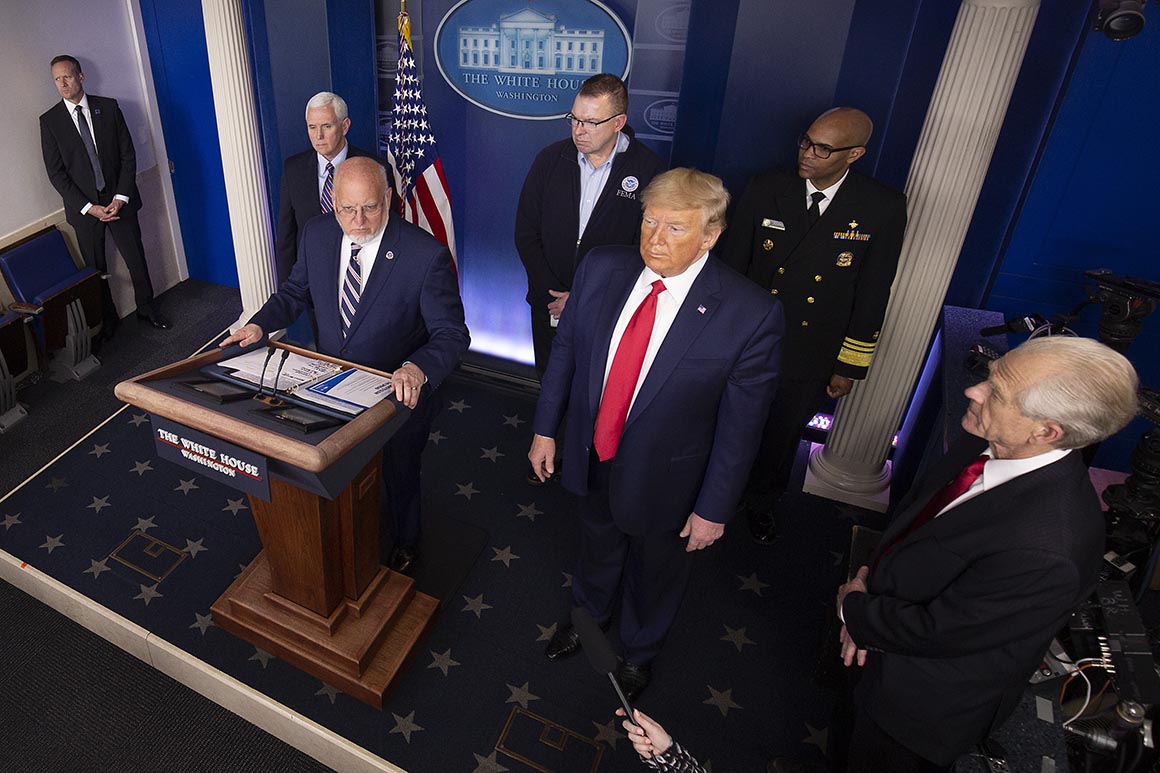 The CDC said Americans don’t need masks — but now they might. The agency said the virus spread through “droplets” from coughs and sneezes — but then warned about catching it from people with no symptoms, or even from surfaces, like subway turnstiles or metal shopping carts.

It said young people are at low risk — but the hospital beds and morgues of New York called that into question.

America’s best scientists and its vaunted public health agency are still learning on the job about the coronavirus. For a terrified American public, the kaleidoscope of changing messages has created more fear, confusion and distrust.

Scientists are used to gaining knowledge one step at a time — and they’ve learned a lot in a hurry about a virus none of them had ever seen before, allowing the search for treatments and vaccines to begin. But the virus always seems one step ahead of them.

And they aren’t moving at the velocity the public craves in a crisis of this magnitude. It only gets worse when the voices of science must compete with the voices of politics.

And while Americans may be used to elected officials’ spin for political gain, the inconsistencies from trusted public health officials have left the public with an understanding that’s muddled at best.

“The COVID-19 pandemic is an unprecedented threat,” said former CDC Director Tom Frieden via email. “I think that people understand that we’re learning more every day, though gaps in understanding come partly from the mixed messaging being delivered by different individuals, agencies and media outlets.”

When the CDC has tried to be blunt — most notably when epidemic expert Nancy Messonnier told reporters in February that Americans should prepare for community spread of the illness and “severe disruption” to their lives — the White House quickly put out a competing, more reassuring message.

The CDC has since played only a minor role in communicating with the public about the pandemic — and their statements don’t always perfectly match up with what the White House task force says.

“Let’s be frank,“ said Frieden. “What Dr. Nancy Messonnier has said was exactly right, and at exactly the right time.” He said he wished the CDC had been briefing the public “every single day.” Instead, the leading public health agency has been shunted to the communication sidelines.

John Auerbach, who leads the nonpartisan organization Trust for America’s Health, said the public health officials generally were clear about what they knew and what they didn’t. But that wasn’t always the case with elected officials who “sometimes made definitive statements that turn out to not be the case.”

The CDC’s own missteps on testing hurt its standing within President Donald Trump’s circle. And the testing delays also hampered the public health response, as the experts did not have a handle on how far or how fast the virus was spreading.

The CDC also was not always on message.

For instance when the White House two weeks ago announced its social distancing campaign and urged people not to gather in groups greater than 10, the CDC still had on its website the prior day’s recommendation to avoid groups under 50.

Just this week, CDC Director Robert Redfield granted a rare local radio interview stressing how people with no symptoms could still infect someone else. Earlier in the epidemic, scientists didn’t have conclusive evidence of asymptomatic transmission and they didn’t stress it as a risk.

That lack of visibility — the public’s inability to hear directly from the agency about what it’s learning — undermines the trust that’s essential in a crisis, said former CDC acting Director Richard Besser, who now runs the Robert Wood Johnson Foundation.

“Trust is the critical factor,” Besser said. “You develop trust by being transparent, by explaining on a daily basis what you do know, don’t know and what you are doing to get more information.”

Officials are still all over the place on whether the public should wear masks. And if they do change the recommendations and urge people to wear them, they’ll have to first, explain to the public that it’s more about preventing people from spreading the virus than catching it; second, that it doesn’t replace social distancing; and third — contrary to what’s appearing on social media — the earlier advice was based on the best science available then, not because the masks were in short supply.

Redfield in the radio interview said the recommendations are being reassessed, now that there’s more conclusive evidence about asymptomatic spread.

But U.S. Surgeon General Jerome Adams said Tuesday on “Fox & Friends” that masks may do more harm than good. In addition, it might create a “false sense of security” that makes people ignore the advice about staying at least 6 feet away from others, he said.

The message about young people not being vulnerable to serious disease also backfired, as the spring break and Mardi Gras revelers showed. Some of them got infected and brought the virus back home with them.

There are two bright spots as scientists learn more. The mortality rate is probably going to be lower than initially estimated — although the death toll may be high because so many people are infected. And so far, it hasn’t mutated in a way that makes it more dangerous — or harder to attack with a vaccine.

“Everyone has a hunger for what’s going on,“ said former Harvard Medical School Dean Jeffrey Flier. “If you aren’t going to trust the CDC, FDA or the president — and in many cases you shouldn’t — you are kind of in a bind.”

Source: https://www.politico.com/news/2020/03/31/experts-coronavirus-cdc-158313
Droolin’ Dog sniffed out this story and shared it with you.
The Article Was Written/Published By: Joanne Kenen and Rachel Roubein