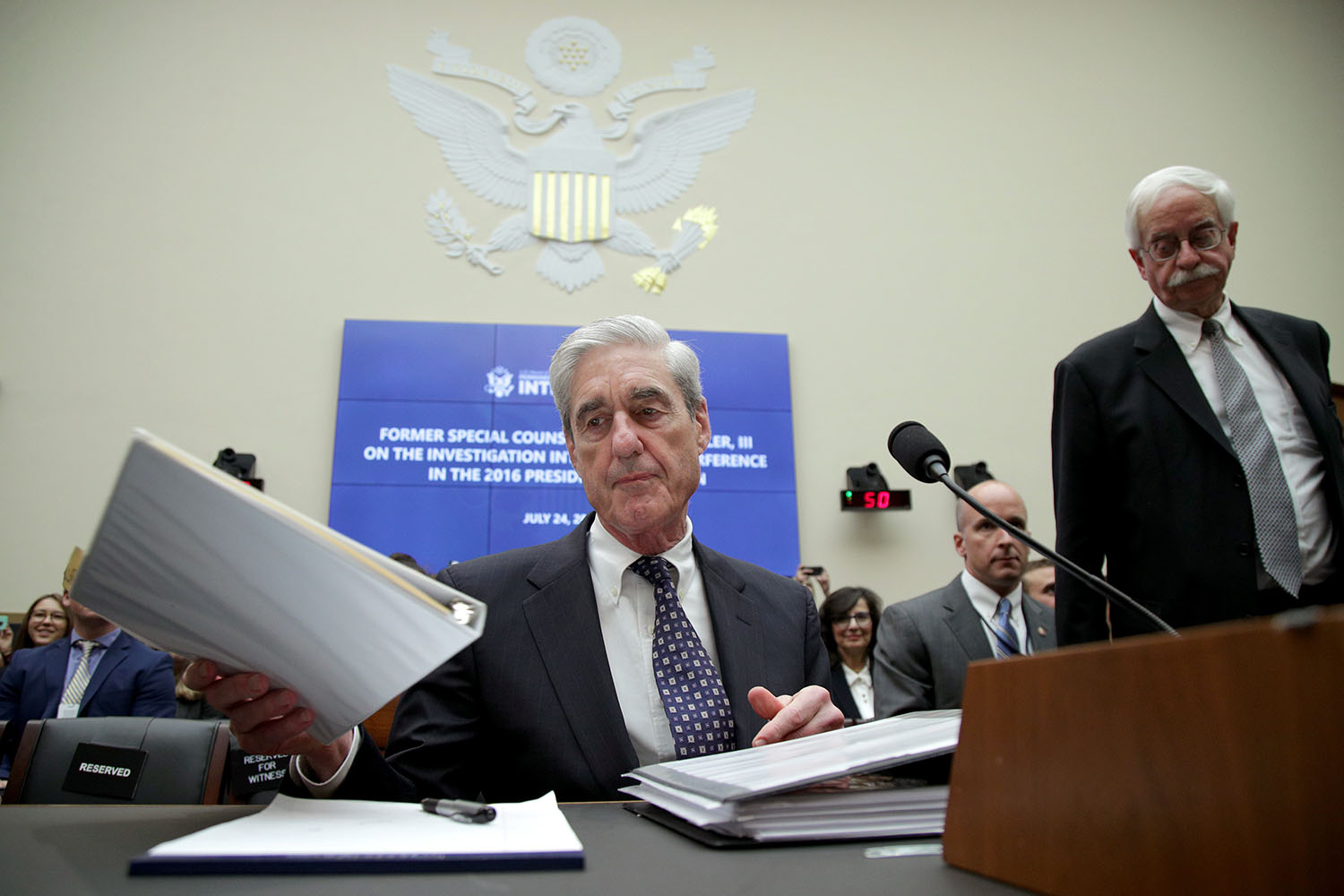 The 2-1 ruling from the D.C. Circuit Court of Appeals upheld a lower court decision in favor of the House’s ability to see the deleted passages in the public version of the Mueller report, the 448-page tome that describes the two-year investigation into potential links between Trump’s campaign and Russia. The report, released in April 2019, also examines President Donald Trump’s attempts to stymie the Russia probe.

If it stands, the ruling would give lawmakers access to all the report’s blacked-out words, phrases, sentences, paragraphs and entire pages — nearly 1,000 portions in all — as well as underlying interviews and memos cited in Mueller’s review.

The Democrats’ courtroom win, nearly a year in the making, is a symbolic blow to Trump and his sweeping claims that his administration can block Congress from talking to witnesses and accessing information.

But the sting was largely taken out of the decision by the fact it came nearly five weeks after the Senate acquitted Trump on largely unrelated impeachment articles involving his dealings with Ukraine. Additionally, the House’s victory Tuesday does not guarantee that lawmakers will get to immediately see the full range of Mueller’s evidence. Appeals from the Justice Department are all but certain, and the case could still face Supreme Court review.

Nevertheless, the House in its legal filings argued that it could still consider new articles of impeachment against Trump. The deletions could shed further light on the campaign’s attempts to connect with WikiLeaks, or the infamoust Trump Tower meeting between senior campaign staffers and a Russian attorney promising “dirt” on Hillary Clinton, Trump’s opponent.

On Tuesday, the majority of the appeals court said that reasoning was sufficient to authorize the release of the grand jury secrets. Courts, according to the majority opinion, should not “micromanage” the House’s need for information in the context of an impeachment investigation.

“The courts cannot tell the House how to conduct its impeachment investigation or what lines of inquiry to pursue, or how to prosecute its case before the Senate,” Judge Judith Rogers wrote in an opinion joined by Judge Thomas Griffith.

Rogers rejected the Justice Department’s argument that impeachment is not the kind of court proceeding where grand jury materials are routinely available.

Judge Neomi Rao, the only Trump appointee on the panel, dissented. She said the lower court had authority to lift the veil of secrecy on the grand jury materials, but not to order the Justice Department to disclose them to Congress.

“The Committee can point to no statutory entitlement to this information and the judicial relief it seeks is contrary to historical practice and the separation of powers,” Rao wrote.

Rao also repeatedly cited the Senate’s decision to acquit Trump on two articles of impeachment last month as a development that could diminish the House’s need to access Mueller’s evidence.

“A reasonable observer might wonder why we are deciding this case at this time. After all, the Committee sought these materials preliminary to an impeachment proceeding and the Senate impeachment trial has concluded,” Rao wrote. “Why is this controversy not moot? The majority simply turns a blind eye to these very public events.”

But the majority rejected this suggestion, noting that the House had authorized its committees to pursue all ongoing impeachment investigations — including a Judiciary Committee probe related to Mueller — and could consider additional charges against Trump if the new evidence warrants it.

The decision from a three-judge panel of the D.C. Circuit came just 10 days after a mostly-overlapping panel of judges ruled for Trump in another closely-watched case stemming from the Trump-Russia probe: an attempt to get the courts to enforce a subpoena forcing testimony from former White House counsel Don McGahn, one of Mueller’s star witnesses.

That panel ruled unanimously that the courts should not attempt to referee subpoena fights between Congress and the executive branch. The House has asked the full, 11-judge bench of the D.C. Circuit to take up the issue.

The McGahn decision is likely of greater lasting impact, since it affects most fights between Congress and the executive branch over access to information. Conversely, the the issue of lawmakers’ access to grand jury-related records arises only occasionally.

The legal battle over the Mueller evidence emerged from Democrats impeachment probe that followed Mueller’s inquiry into Russian interference in the 2016 election.

The Justice Department did permit House members to see most of the redacted information in the Mueller report, but insisted that it could not share the grand jury information absent a court order. Democrats pressed Attorney General Bill Barr to seek such an order, but he declined and instead fought the House in court.

While Justice Department officials began sharing some of the underlying FBI interview reports — known as 302s — with Congress, that process bogged down after the House formalized its impeachment inquiry last October and the Trump White House stopped cooperating with impeachment-related investigations.

House Democrats had repeatedly pressed the D.C. Circuit to address the McGahn and Mueller cases before their impeachment proceedings concluded.

The court heard arguments in both cases on Jan. 3, days after the House impeached Trump. But ultimately, it held back from issuing opinions on those subjects while the Democrat-led impeachment effort rolled forward, culminating with Trump’s acquittal in early February.

The much-anticipated rulings have arrived in recent weeks as the House Democratic investigators continue shedding their impeachment-focused staffers and House Speaker Nancy Pelosi redirects the chamber’s agenda toward kitchen-table issues like the economy and health care.

How the Democrats will actually make practical use of their win remains unclear. During impeachment, the House made only a glancing reference to the Mueller probe in the two articles seeking Trump’s removal from office over his alleged attempts to pressure Ukraine’s leader into launching investigations into his political rivals.

But House lawyers also told the federal judges that lawmakers could still pass additional articles of impeachment based on the information they secure from the Mueller case.

Source: https://www.politico.com/news/2020/03/10/judges-rule-democrats-should-get-mueller-evidence-125008
Droolin’ Dog sniffed out this story and shared it with you.
The Article Was Written/Published By: Josh Gerstein and Kyle Cheney