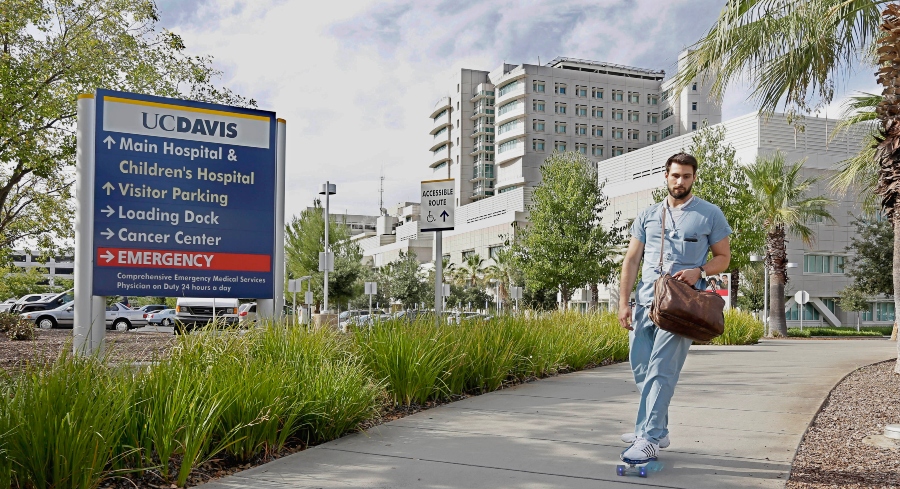 OAKLAND — A California woman potentially exposed dozens of people at a small Vacaville hospital more than a week before she was diagnosed as the first patient likely to have contracted coronavirus within a U.S. community, hospital officials said today.

The patient first arrived at NorthBay VacaValley Hospital’s emergency department on the evening of Feb. 15 and spent three days there — much of the time in the intensive care unit, said Steve Huddleston, spokesperson for NorthBay Healthcare. She was then transferred to the University of California, Davis Medical Center in Sacramento on Feb. 19 due to worsening conditions, he said.

After learning the patient had been diagnosed Wednesday with the novel coronavirus strain, the hospital launched meticulous tracing of anyone in the Vacaville facility who may have had any contact with that patient, according to Huddleston and state health officials.

“Dozens” but “less than a hundred” people were potentially exposed at the hospital, Huddleston said. But he added it’s a moving target because hospital officials keep identifying additional people monitored on camera who may have come near the patient or close to the room where the patient was staying. He also said all providers who directly treated the patient have been notified.

Vacaville is about 10 miles from Travis Air Force Base, where cohorts of American patients have been flown into quarantine settings from China and a cruise ship off Japan. State officials said Thursday morning they have no link tying those patients to the woman who was at the Vacaville hospital.

Huddleston said hospital staff did not request the patient be tested for coronavirus while at the Vacaville hospital because the patient did not meet the criteria to be tested.

UC Davis officials immediately requested the test when the patient first arrived there, but was not tested until Sunday because the CDC initially said the patient did not meet the criteria. The patient remains in the Sacramento hospital’s care.

Source: https://www.politico.com/states/california/story/2020/02/27/dozens-possibly-exposed-to-coronavirus-at-small-california-hospital-long-before-diagnosis-9421490
Droolin’ Dog sniffed out this story and shared it with you.
The Article Was Written/Published By: Victoria Colliver