Social media platforms across Turkey winked out after reports of an airstrike in Syria killing dozens of Turkish soldiers fueled rumors of an all-out war. Twitter, Facebook, Instagram, Messenger and YouTube were all reported down.

Twitter was the first to go, with national provider Turk Telekom shutting off access around 11:30 pm local time on Thursday. This was shortly after news broke that at least nine – the number has continued to rise since – Turkish soldiers were killed in Syria’s Idlib province.

This was followed by all other social networks, clustered by provider, according to multiple services monitoring internet outages across the globe.

Accounts of major media outlets remained active however, as they flashed updates about the alleged Syrian airstrike and the Turkish response – said by officials in Ankara to be air and artillery strikes against multiple “regime” targets. 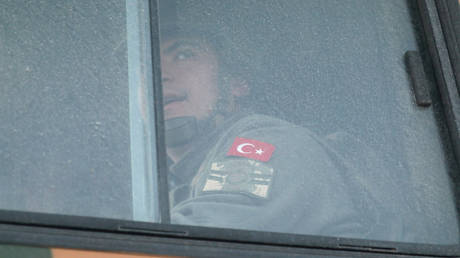 News that multiple soldiers were killed in Syria was confirmed on Thursday evening by Rahmi Dogan, governor of the Hatay province that neighbors Syria. Casualties from the strike were reportedly being treated at the hospitals in the border town of Reyhanli.

Among the rumors circulating on social media in the aftermath were reports that Turkey will open its borders for Syrian refugees to cross into Europe, as well as the parliament in Ankara intended to declare war on Syria in the morning.

So far, the only thing that has been officially confirmed is that President Recep Tayyip Erdogan has called an emergency session of security officials, and that Ankara has reached out to NATO and Washington. 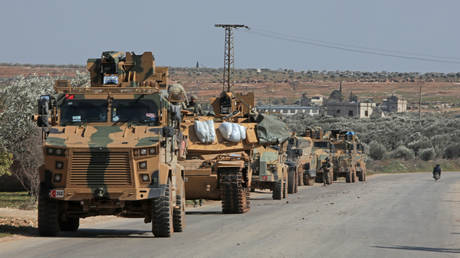 ‘War of nerves’: Turkey goes ‘all-in’ to stop Syrian advance in Idlib but will it end up in all-out war?

Source: https://www.rt.com/news/481862-turkey-social-media-blackout-syria/?utm_source=rss&utm_medium=rss&utm_campaign=RSS
Droolin’ Dog sniffed out this story and shared it with you.
The Article Was Written/Published By: RT