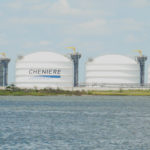 On Feb. 12, the European Parliament voted to provide what could amount to over $26 billion in financing to 32 different natural gas projects, a decision one climate advocacy group called “climate hypocrisy.” The decision came just a week before a new study published in the journal Nature concluded that accounting for global methane emissions from oil and gas drilling has been underestimated by a whopping 25-40%.

The list of natural gas projects is known as Projects of Common Interest (PCI), with many proposals set to import gas obtained from hydraulic fracturing (“fracking”) in the United States and move it to European Union markets. The Parliament weighed in 443 to 169 in favor of the plan, with 36 abstaining.

Energy projects on the PCI list are eligible to receive up to 50% of their financing from the Connecting Europe Facility.

“This climate hypocrisy has to end,” Colin Roche, an activist with Friends of the Earth Europe, said in a press release. “Following unprecedented disasters like Australia’s wildfires, history will look unkindly on those who today backed building more fossil fuel pipelines and terminals.”

Roche also called the prospect of the 32 new projects “incompatible” with the European Parliament’s Green New Deal. That Green New Deal however, explicitly includes natural gas as a bridge toward renewable energy.

Further, Roche called for a moratorium on EU taxpayer money going toward gas infrastructure. While the Parliament’s vote to approve the plan  angered climate activists, the gas industry celebrated.

“The projects in question aim at completing the missing links in the regional infrastructure of Central, Eastern and South Eastern Europe,” James Watson, Secretary General of the European Gas Industry Association, said in a press release. “These regions are the least developed when it comes to interconnecting the energy infrastructure of the EU Member States… This is an opportunity one should embrace with open arms.”

The vote came just two days after the U.S. Department of Energy authorized permits for four new Gulf of Mexico-based liquefied natural gas terminals set to export gas to the global market. The Trump Administration even pointed to the European markets as the destiny for the LNG in a press release announcing the permits.

“The Trump Administration recognizes the importance and increasing role U.S. natural gas has in the global energy landscape,” U.S. Secretary of Energy Dan Brouillette said. “The export capacity of these four projects alone is enough LNG to supply over half of Europe’s LNG import demand. With today’s authorizations, we are paving the way for more U.S. natural gas exports to bring energy security and prosperity to our allies around the world.”

In December, Congress also tucked a provision into the budget bill to give $1 billion in subsidies for projects on the PCI list.

The European Commission PCI list approval comes two days after European Ombudsman Emily O’Reilly concluded that the environmental and climate assessment done by the European Commission on the PCI list was inadequate. O’Reilly, called for further study of the issues in response to a complaint made by an activist with the organization Food and Water Europe and asked for a response by the end of March.

That same day, the outlet EURACTIV also reported that the European Commission may soon launch “a strategy to curb methane emissions” through the office of Energy Commissioner Kadri Simson. That strategic plan may come out later this year, an anonymous source within the Energy Commissioner’s office told EURACTIV.

Methane is a greenhouse gas 84 times more potent than carbon dioxide during its first 20 years in the atmosphere, the key time period during which scientists say radical action must be taken on the climate crisis.

A January investigation by the business publication Bloomberg, doing an analysis of LNG projects approved during the tenure of President Donald Trump, concluded that the facilities could emit greenhouse gases equivalent to that of 24 coal-fired power plants per year. That’s more than the entire state of Kentucky’s coal power plant fleet.

“The emissions from these projects can’t be squared with the sorts of drastic, drastic reductions we need in order to avoid catastrophic climate change,” says Nathan Matthews, a senior Sierra Club attorney, told the publication.

Bloomberg’s reporting team does not account for the greenhouse gas costs of transporting the fracked gas from point A, the wellhead, and point Z, the LNG import facility somewhere on the other side of the world. The numbers also only accounted for 11 of the “freedom gas” terminals approved by Trump, with the tally now up to 15 after the Feb. 10 decision.

One project on the PCI list in particular, Shannon LNG, has attracted global attention from the likes of actor Mark Ruffalo, Pope Francis, and the singer Cher.

Shannon LNG is a subsidiary of New Fortress Energy, which is owned by Wes Edens, the owner of the Milwaukee Bucks basketball team, USA Today and a major donor to the Democratic National Committee. Edens also sits on the Host Committee for the forthcoming Democratic National Committee in Milwaukee, where the victory of the party’s presidential primary race will receive the crown as the party’s nominee to occupy the White House.

The terminal aims to intake gas obtained from fracking in fields such as Pennsylvania’s Marcellus Shale basin. And much of that gas will be moved to its export terminal by rail on trains owned by Edens, which itself has attracted opposition among local activists.

On Feb. 5, Ruffalo spoke out against the PCI list before the European Parliament.

“It is going to be fracked gas taken from my community, it’s going to poison our people and it is the antithesis of moving forward with the European Green Deal,” Ruffalo told the Parliament. “And what I’m asking you to do…is to dump those projects, scrap them, and put that money into real renewable energy and clean energy projects.”

The PCI list also includes the EastMed Pipeline, slated to vacuum up gas drilled offshore from the eastern Mediterranean Sea and move it to Cyprus, through Greece and into Italy.

Climate advocates have expressed similar concerns about methane leakage for tapping into that offshore gas. One of the main companies which has lobbied in the United States and European Union for more access to the offshore reservoir is ExxonMobil.

Source: https://therealnews.com/columns/eu-gives-32-gas-permits-as-study-says-methane-undercounted-by-40
Droolin’ Dog sniffed out this story and shared it with you.
The Article Was Written/Published By: Jocelyn Dombroski