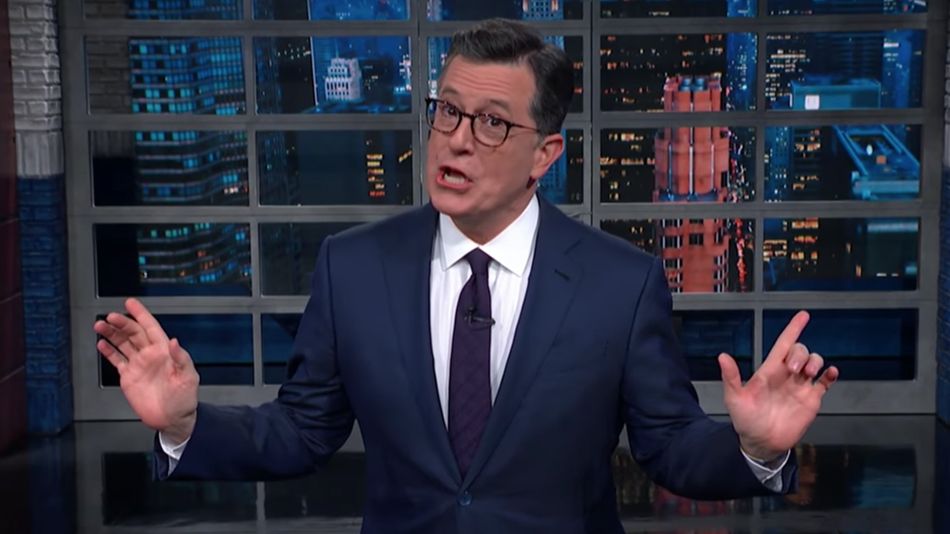 Trump’s trips abroad are often a good source of material for the late show hosts, and his India visit has been absolutely no exception.

During Monday night’s edition of The Late Show, Stephen Colbert rounded up some of the more memorable moments so far.

“Here he is giving Prime Minister Narendra Modi the traditional American greeting of sliding your hand inside someone’s clothes,” says Colbert, bringing up a picture of Trump greeting Modi before launching into his trademark impression of the president: “Look, we’ve only known each other a short while, but I think we’re ready for some under the vest stuff.” Read more…

Source: https://mashable.com/video/stephen-colbert-trump-india-visit/
Droolin’ Dog sniffed out this story and shared it with you.
The Article Was Written/Published By: Sam Haysom