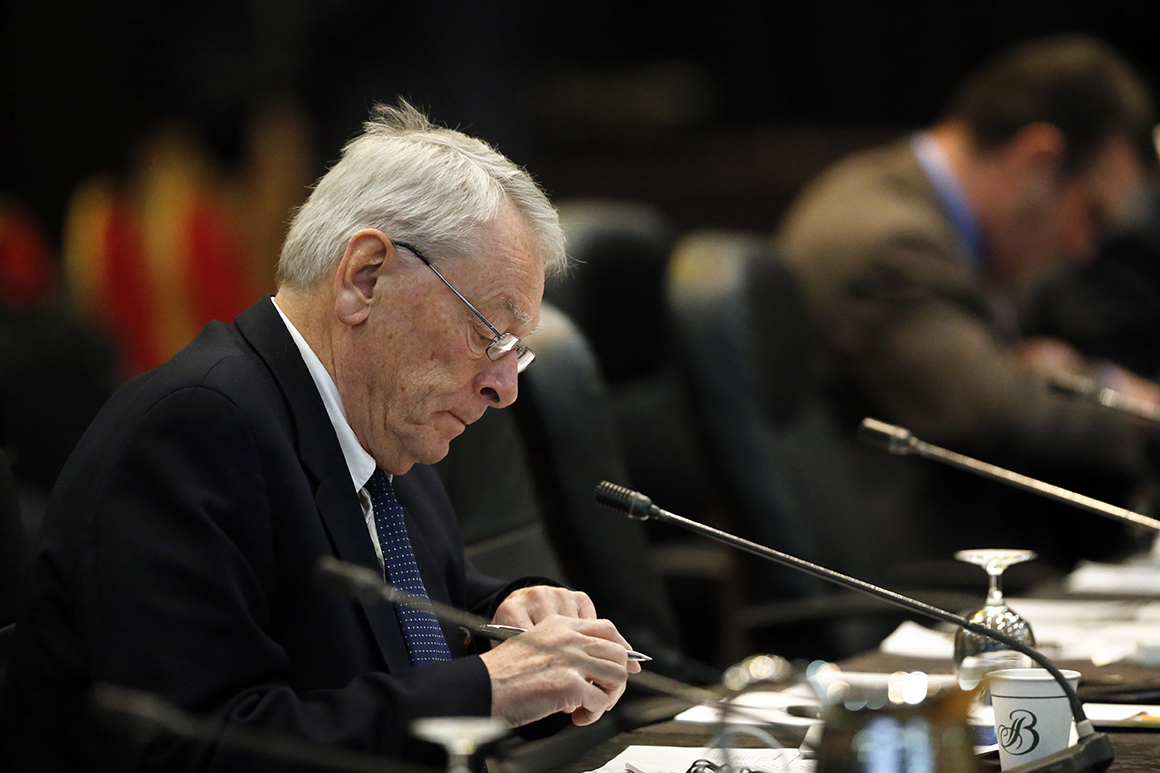 A senior member of the International Olympic Committee said Tuesday that organizers for this summer’s games in Tokyo have about another three months to decide whether the growing global coronavirus outbreak will force a cancellation.

In an interview with The Associated Press on Tuesday, Dick Pound, a former Canadian swimming champion who has served on the IOC since 1978, warned that should organizers deem the outbreak too serious for the Olympics to go on as planned, an outright cancellation of the games would be more likely than a postponement.

Pound’s estimate of a three-month window would place the timeline for a decision around May, at which point he said preparations for the games ramp up.

“A lot of things have to start happening. You’ve got to start ramping up your security, your food, the Olympic Village, the hotels. The media folks will be in there building their studios,” Pound explained.

“In and around that time, I’d say folks are going to have to ask: ‘Is this under sufficient control that we can be confident about going to Tokyo or not?’” he told the AP.

The coronavirus outbreak, which began late last year, has sickened more than 80,000 people worldwide and killed over 2,700, with the bulk of cases originating in China. Still, the outbreak has also flared up in places like South Korea, the Middle East and Europe. Earlier Tuesday, the CDC called a U.S. outbreak of the disease inevitable.

Pound reiterated that the Tokyo organizing body was consulting with the World Health Organization to decide whether the games, which are scheduled to kick off at the end of July, should continue.

He also cast doubt on the prospect of moving the games to a new location, potentially one further from the disease’s epicenter in Wuhan, China, citing the logistics of pulling off such a feat.

“You’re probably looking at a cancellation” if the committee decides the Tokyo event cannot go on as scheduled, he said.

“You just don’t postpone something on the size and scale of the Olympics,” Pound explained. “There’s so many moving parts, so many countries and different seasons, and competitive seasons, and television seasons. You can’t just say, ‘We’ll do it in October.’”

He was similarly dubious about the prospect of moving the games elsewhere entirely or splitting them up among several locations “because there are few places in the world that could think of gearing up facilities in that short time to put something on.”

Despite such a stark warning, Pound sought to allay fears of the games getting scrapped, instructing the more than 15,000 Olympic and Paralympic athletes planning on attending to continue their training.

“As far as we all know, you’re going to be in Tokyo,” he said. “All indications are at this stage that it will be business as usual. So keep focused on your sport and be sure that the IOC is not going to send you into a pandemic situation.”

The modern day Olympic games have not been axed since the 1940s, when World War II prompted the cancellation of the 1940 games, which were also set to take place in Tokyo, and the 1944 games slated for London. They went on as planned in Brazil in 2016 despite that year’s Zika virus outbreak.

Source: https://www.politico.com/news/2020/02/25/ioc-member-coronavirus-olympics-cancelation-117434
Droolin’ Dog sniffed out this story and shared it with you.
The Article Was Written/Published By: Caitlin Oprysko