Hotstar, India’s largest on-demand video streaming service with over 300 million users, has blocked the newest episode of HBO’s “Last Week Tonight With John Oliver” that was critical of Prime Minister Narendra Modi in a move that has angered many of its customers ahead of Disney+’s launch in one of the world’s largest entertainment markets next month.

In the episode, aired hours before the U.S. President Donald Trump’s visit to India, Oliver talked about some of the questionable policies enforced by the ruling government in India and recent protests against “controversial figure” Modi’s citizenship measures.

The episode is available to stream in India through HBO’s official channel on YouTube where it has garnered over 4 million views. Hotstar is the exclusive syndicating partner of HBO, Showtime, and ABC in India.

Spokespeople of Star India, which operates Hotstar, and Disney, which owns the major Indian broadcasting network, did not respond to multiple requests for comment. 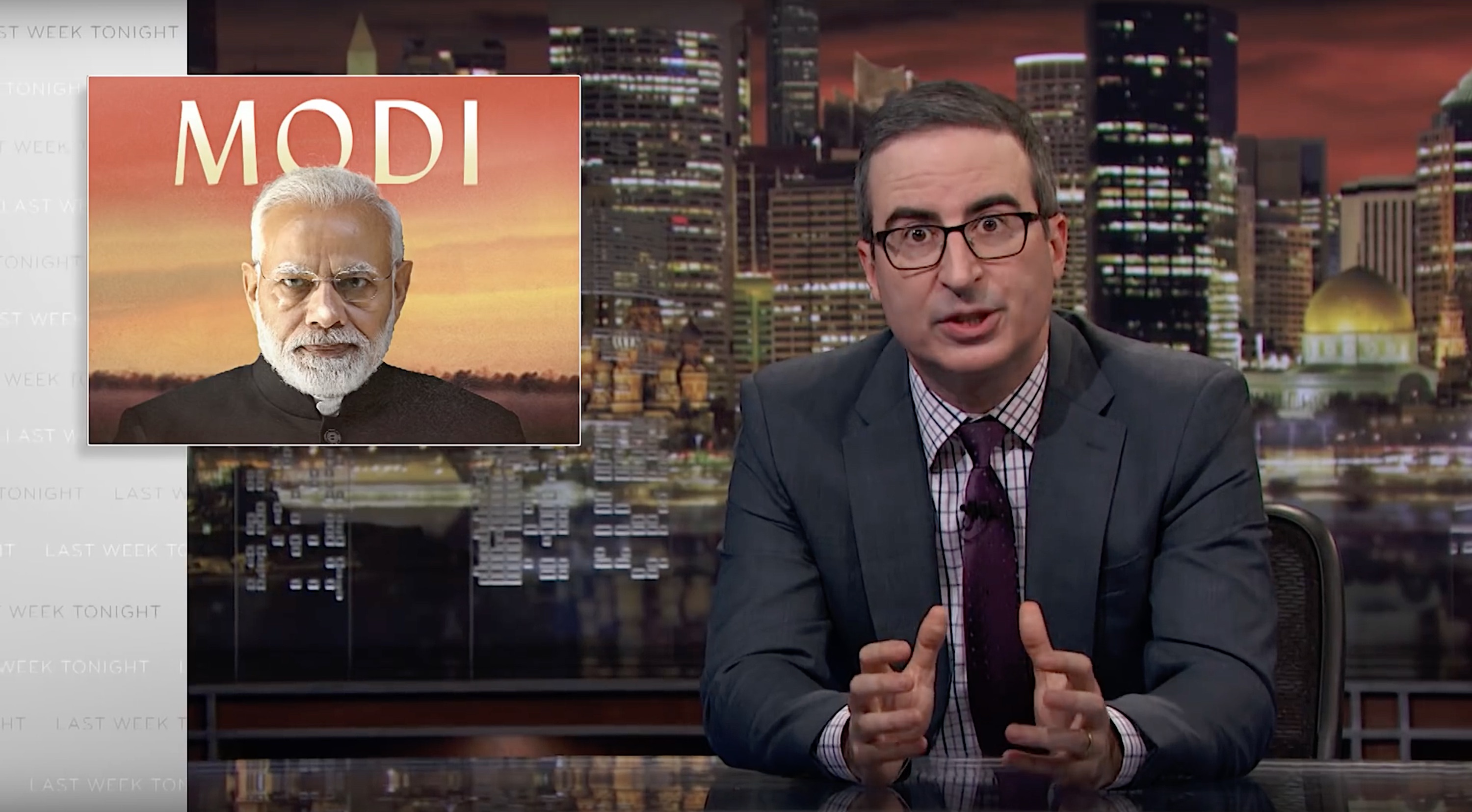 A spokesperson of the Information and Broadcasting Ministry, the governing agency which regulates information, broadcasts, movies, and the press in India, said the government was not involved in any censorship discussions.

Numerous people in India began speculating on Monday whether Hotstar, which like Netflix and Amazon Prime Vide self-censors some content, would stream the new episode at 6am on Tuesday, when it typically makes new episodes of Oliver’s show available on the platform.

It became very apparent on Tuesday that the Disney-owned platform, which has a knack of censoring numerous sensitive subjects including sketches that make fun of its sponsors, was not going to risk upsetting the ruling party.

Last year, Amazon also removed an episode of the CBS show “Madam Secretary”, in which references to Hindu nationalism and extremists were made from its streaming service in India. Netflix also pulled an episode in Saudi Arabia of Hasan Minhaj’s “Patriot Act” that criticized the kingdom’s crown prince.

Source: https://techcrunch.com/2020/02/25/disney-hotstar-blocks-john-olivers-new-episode-critical-of-narendra-modi/
Droolin’ Dog sniffed out this story and shared it with you.
The Article Was Written/Published By: Manish Singh