Opening arguments were made on the first day of the US extradition hearing of WikiLeaks founder Julian Assange, with the prosecution claiming his leaks risked lives while the defense argued that his case was politically motivated. 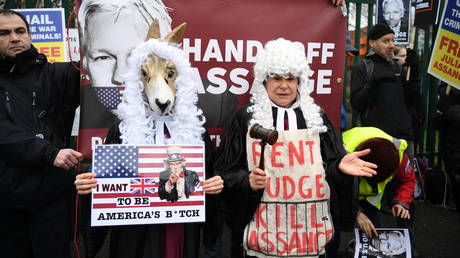 Speaking to the gathered media, Assange’s father John Shipton condemned what he called the “ceaseless malice” directed at his son by US and UK authorities. He cited a determination by UN special rapporteur on torture Nils Melzer, who said that Assange had been subjected to prolonged “psychological torture.”

Assange spoke : said he was struggling to hear proceedings and he cannot concentrate ( none of us can hear well !)

Such was the swell of support for Assange on the street that the noise from protesters could be heard from inside the courtroom. This prompted Assange himself to comment on the level of noise, saying that while he appreciated the support and understood that people “must be disgusted,” the sound was making it difficult to concentrate on proceedings.

Journalists themselves also complained on Twitter that the sound quality in the courtroom was not good, although the situation seemed to improve as the hearing went on.

As arguments got underway, Lewis claimed for the prosecution that revelations made by WikiLeaks had put political dissidents and journalists in danger, but no names of supposed victims were offered.

Lewis said unnamed persons had “disappeared” following the leaks, but admitted there was no proof that their disappearances were linked. He also argued that journalism was not an excuse for breaking laws.

He said the case against Assange was not brought because he had disclosed “embarrassing or awkward” information about the US government, but was purely about WikiLeaks having allegedly put people at risk.

Lewis also made the case that Article 10 of the European Convention on Human Rights, guaranteeing freedom of expression, did not apply in Assange’s case. 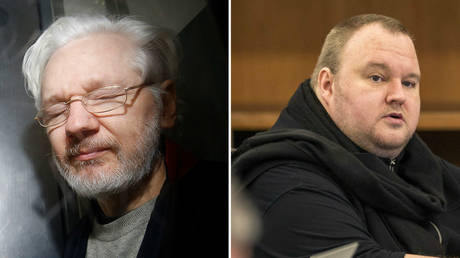 ‘History will be kind to Julian Assange, not to his corrupt accusers and Judges’ – Kim Dotcom on extradition trial

Extradition ‘could be fatal’

Defending Assange, Fitzgerald argued that the request for his extradition was politically motivated and therefore constituted a breach of Article 41 of the 2003 UK-US extradition treaty, which offers exceptions in the case of political offenses.

Fitzgerald argued that Assange would be at high risk of suicide if extradited and would be subjected to “inhuman and degrading treatment” in a US prison. The consequences of extradition could be “fatal,” he said.

To bolster the argument against extradition (which could result in a life sentence for Assange), Fitzgerald referred to former US President Barack Obama’s decision to commute the sentence of fellow whistleblower Chelsea Manning and a 2013 decision not to prosecute Assange, made on the grounds that the US would also need to prosecute every newspaper that reported his revelations.

QC Fitzgerald: about manipulation of system so US can make example of Assange. While history of political motivation rather than justice. When in Ecuadorean embassy his conversations with his lawyers were recorded as requested by US

A spokesperson for Obama’s Department of Justice was quoted as saying at the time that “if you are not going to prosecute journalists [at the NYT, for example] for publishing classified information, then there is no way to prosecute Assange.”

What has changed since then, the defense argued, is that Donald Trump entered office “effectively declaring war on investigative journalists,” and branding the media the “enemy of the people.” Trump wanted to make an example out of Assange to discourage other whistleblowers, he said.

However, Lewis also said Republican congressman Dana Rohrabacher visited Assange in 2017 and offered him a pardon in exchange for “personal services” to Trump.

Rohrabacher raised the possibility of prosecution, but offered a pardon if Assange would identify the source of the 2016 DNC leaks, which Assange refused to do. This bolsters the defense’s argument that the Trump administration’s prosecution was politically motivated. Trump denies that this offer of a pardon to Assange came from him.

It has previously been reported that Assange offered Rohrabacher “definitive proof” during that meeting that Russia was not WikiLeaks’ source for the DNC email leaks. The emails damaged Hillary Clinton in 2016, revealing that her campaign had colluded with the supposedly impartial DNC against fellow Democratic contender Bernie Sanders. 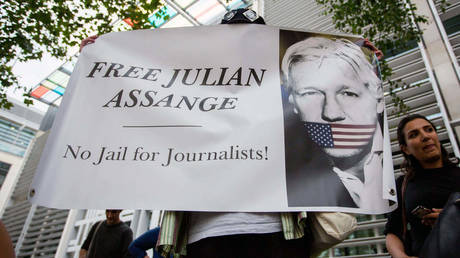 ‘Every journalist should feel a cold, icy hand running down their spine’: Assange’s extradition case examined in new RT doc

Fitzgerald also noted that the US spied on Assange and monitored his meetings with lawyers while he was residing at the Ecuadorian embassy in London, which would constitute a breach of attorney-client privilege.

He said that UC Global, a Spanish company which carried out security for the embassy, had signed a deal with billionaire Trump supporter and donor Sheldon Adelson.

The defense claimed a whistleblower had testified that the embassy espionage operation was conducted at the direct request of the US, and that recordings were collected every two weeks and handed over to intelligence services.

They also claimed that the US even considered measures as extreme as the “kidnapping and poisoning” of the WikiLeaks founder.

Ultimately, Fitzgerald said, the decision to prosecute a person for the publication of state secrets as “espionage” is “unprecedented” in the US. Near the end of the hearing, he told the courtroom that it was “highly unlikely” that Assange will give testimony this week.

Court adjourned for the day shortly after 4pm local time and is set to continue at 10am on Tuesday. A final decision on Assange’s potential extradition is not expected until May, however.

Source: https://www.rt.com/news/481576-assange-extradition-hearing-begins/?utm_source=rss&utm_medium=rss&utm_campaign=RSS
Droolin’ Dog sniffed out this story and shared it with you.
The Article Was Written/Published By: RT