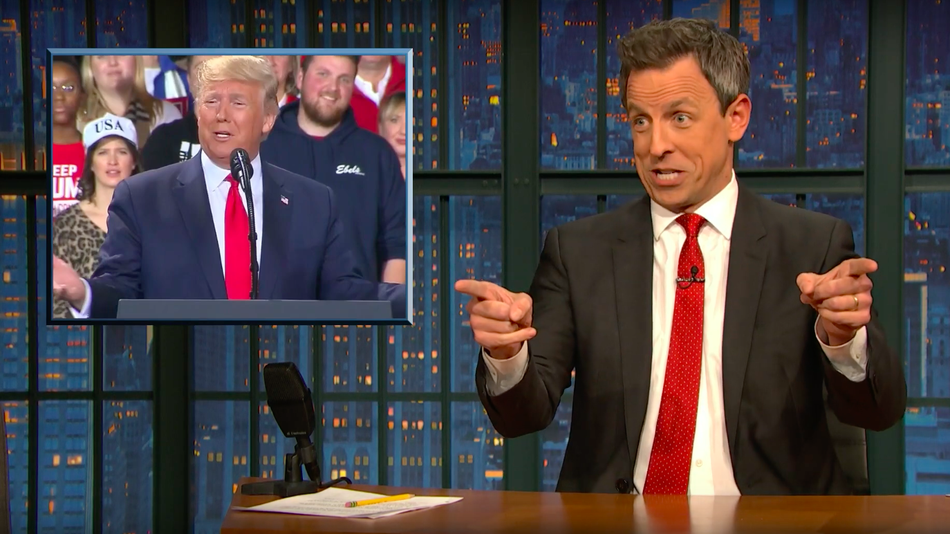 President Donald Trump may have been impeached, but his ranting continues unabated. On Thursday’s episode of Late Night with Seth Meyers, the host examined the Michigan rally Trump held while the impeachment vote took place. Though it was called a “Merry Christmas” rally, the event had a distinctly more Festivus vibe, with Trump taking to the podium to air his many grievances.

This of course included attacks on his usual targets — Democrats, Speaker Nancy Pelosi, the Washington Post — but in the seasonal spirit of sharing, Trump also made room on his nonsensical naughty list for sinks, toilets, and San Francisco. Read more…

Source: https://mashable.com/video/seth-meyers-donald-trump-michigan-rally-sinks-showers-dishwashers/
Droolin’ Dog sniffed out this story and shared it with you.
The Article Was Written/Published By: Amanda Yeo