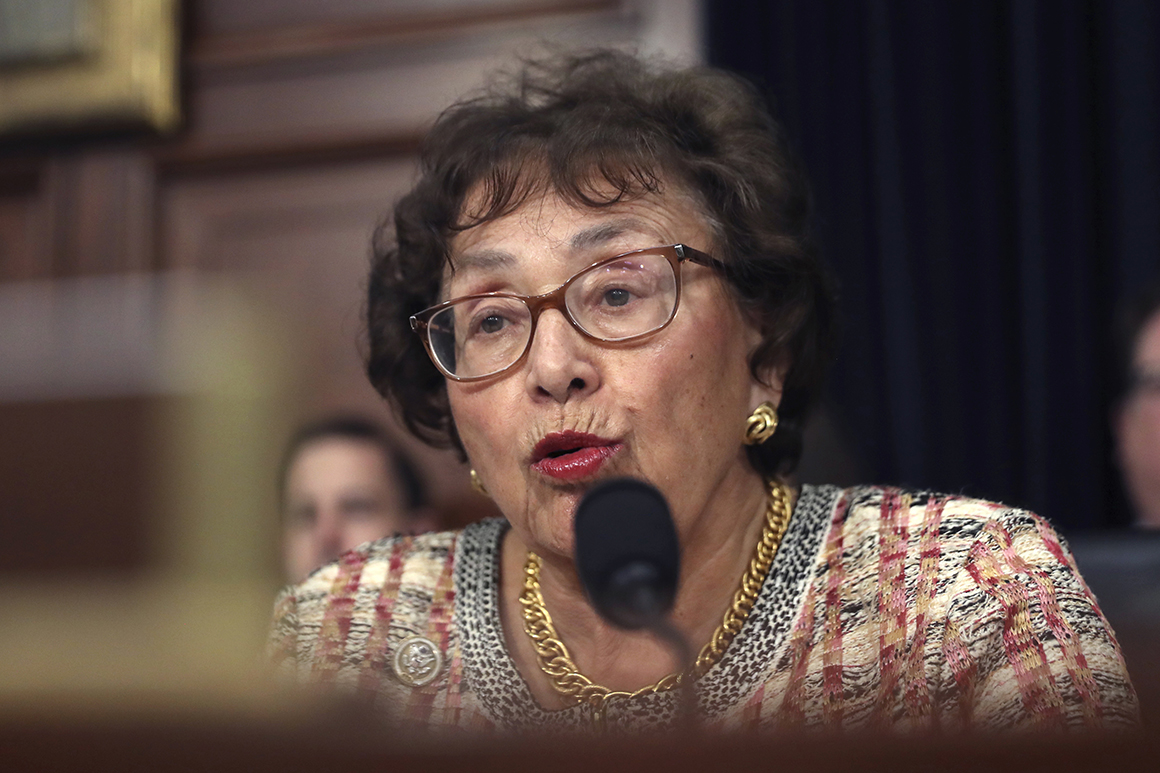 Lawmakers released the details Monday of a bipartisan spending deal that would rain down $49 billion in extra funding upon nearly every facet of the federal government during the next nine months.

The more than 2,300 pages of bill text are expected to be signed into law before week’s end, cementing a total of $738 billion in fiscal 2020 funding for the military and $632 billion for non-defense departments such as Education, Housing and Urban Development, and Health and Human Services.

The House plans to pass the fiscal 2020 spending bills in two packages on Tuesday, likely followed by Senate passage before federal funding runs out at midnight on Friday. With President Donald Trump’s signature, the measures would dissolve the threat of a government shutdown until Oct. 1 and negate the need for more stopgap spending measures that keep funding levels static.

The agreement between Democrats and Republicans includes long-sought money for research into gun violence, permanent repeal of three major health insurance taxes, no new funding for international family planning help, millions for election security grants, billions in added Pentagon cash and a 3.1 percent pay raise for federal civilian employees. Also on tap are billions more than requested by the White House to help carry out the 2020 census and record funding for the Head Start program for at-risk young children.

The impasse over border wall funding was solved this time with a trade-off. Money for the U.S.-Mexico barrier will stay static during the current fiscal year, at about $1.4 billion, rather than the president’s request for $8.6 billion. Budgets for the nation’s two immigration enforcement agencies — Customs and Border Protection, and Immigration and Customs Enforcement — are also largely flat-lined.

But the deal does not tie Trump’s hands in being able to shift cash from other pots of money, as he has done in trying to siphon more than $6 billion from military construction projects, a Treasury forfeiture fund and Pentagon counter-drug efforts. While the number of immigrants ICE can keep detained at any one time will stay the same under the measure, the compromise does not bar the administration from transferring money to increase that detention number if there is a surge in incoming undocumented immigrants.

The wall funding also comes with fewer stipulations than before, giving the Trump administration more flexibility to continue building the structure in new areas if Congress keeps spending static next time by resorting to a stopgap spending bill.

While the hype over the spending deal is largely contained to the nation’s capital — where the rollout is arguably the most anticipated legislative debut of the year — the effects of the 12 spending bills will be felt in every corner of the country.

The sweeping funding deal would set budgets for loans to U.S. farmers, investment in broadband internet access in rural America and assistance for state transportation projects. It would pump cash into initiatives to improve election security, provide extra food to low-income families through programs like food stamps and WIC, and subsidize energy bills for people who can’t afford to keep the heat on.

“When you’re dealing with 12 bills that affect every community around the country, you try and do the best you can and make sure you’re making life better for the most people you can. That’s it,” House Appropriations Chairwoman Nita Lowey (D-N.Y.) told reporters after congressional leaders struck the initial parameters of the deal last week. “And you never expect everyone to agree with everything.”

Congressional leaders struggled over the weekend to wrap up the remaining disputes over what would be included in the nearly $1.4 trillion fiscal 2020 spending text and which policy bills would ride along with the appropriations measures.

Like every year-end fiscal deal, the “must-pass” measures became something of a legislative “Christmas tree” during those endgame negotiations. Since the measures will be the last major bills to clear Congress before the House and Senate adjourn for the holidays, lawmakers and industry advocates fought for their pet policy measures to be tacked on.

In a win for the health care industry, leaders agreed to throw in language that would permanently repeal three major health taxes that were supposed to help pay for Obamacare, including the Cadillac tax on pricey employer plans, a 2.3 percent tax on medical devices and a health insurance fee.

Provisions to shore up retirement benefits for tens of thousands of coal miners will also sail to enactment upon the coattails of the appropriations bills, as well as a seven-year extension of the Export-Import Bank. The National Flood Insurance Program would be extended through Sept. 30, and the Secure Rural Schools program would be extended for two years.

For the first time in more than two decades, Democrats notched a victory in funding for research into gun violence. While the legislation retains long-held “Dickey Amendment” language ordering the Centers for Disease Control and Prevention not to lobby in favor of gun control, it requires the CDC and the National Institutes of Health to spend $12.5 million each on researching the issue, including by tracking gun-related deaths and injuries, as well as identifying correlations like the relationship between victim and shooter. Democrats had initially sought $25 million for each of the two agencies to carry out that work but consider it a win to have secured dedicated funding despite pushback from gun rights groups.

The legislation would also provide $41.7 billion for medical research at the NIH, a nearly 7 percent increase over current funding.

Republican leaders are touting the fact that the deal does not include new funding or directives for international efforts to aid family planning and reproductive health. They are proud that the legislation would deliver a $22 billion increase in defense spending, as well as a 3.1 percent military pay increase — the largest bump in a decade.

Democrats are particularly pleased the bills include $425 million for election security grants that were not funded during the previous fiscal year, the 3.1 percent pay raise for federal civilian employees and $7.6 billion for the 2020 census, in an increase of nearly 23 percent above the president’s request. The legislation would provide record-high funding for Head Start, so-called Title I grants the federal government doles out to schools with high concentrations of low-income families, and grants that help states improve the quality and affordability of child care.

Although political sparring caused congressional leaders to blow beyond the start of the fiscal year by more than two months, their struggles this time were a far cry from the appropriations debacle of December 2018 and the record-setting government shutdown that followed. The compromise emerged from unusually collegial negotiations in recent days between leaders in both parties, with encouragement from Treasury Secretary Steven Mnuchin, Trump’s top delegate, in the deal-making talks.

As with other spending negotiations since Trump took office, discord over funding for the border wall was the main issue that delayed the final agreement, even after Mnuchin and House Speaker Nancy Pelosi struck the initial budget deal the president signed in August to prevent sequestration cuts and set higher overall spending limits for the military and non-defense programs.

On the border wall issue, Congress also denied the president his wish of replenishing the $3.6 billion the administration took from the military construction projects. Democrats contend that refusing to back-fill that cash will deter Trump from pilfering other accounts in the future. Ongoing lawsuits have also already blocked the president from diverting the military funds toward construction of the barrier.

Source: https://www.politico.com/news/2019/12/16/congress-spending-deal-sidesteps-border-fight-086211
Droolin’ Dog sniffed out this story and shared it with you.
The Article Was Written/Published By: cemma@politico.com (Caitlin Emma)