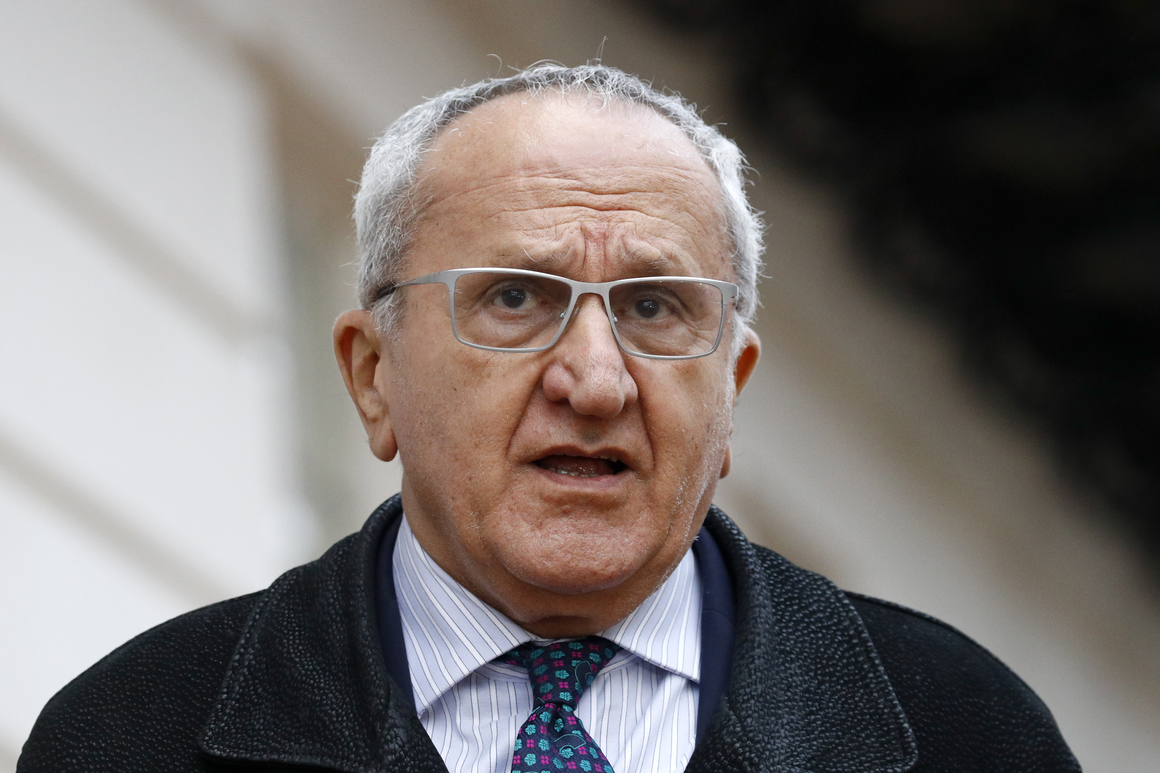 Mexico’s top trade negotiator plans to return to Washington on Sunday to express his outrage over language in the U.S. bill to implement the new North American trade agreement, potentially complicating the House’s plans to pass the USMCA this week.

Mexico was blindsided by the inclusion of language in the implementing bill that would allow the Trump administration to deploy full-time diplomats to Mexico to make sure the country is upholding labor standards, Jesús Seade, Mexico’s undersecretary for North America, said Saturday.

Seade said he will return to Washington on Sunday to meet with U.S. Trade Representative Robert Lighthizer. Those provisions in the U.S. bill for the new North American trade pact are “unnecessary and redundant,” Seade said at a press conference in Mexico City.

Seade’s office confirmed to POLITICO that he is scheduled to meet Lighthizer on Monday. He will also meet with Democratic lawmakers to discuss the issue.

“For obvious reasons, Mexico was not consulted on this. We are not in agreement,” Seade said at the press conference. “This is not the fruit of our bilateral negotiation.”

“This has effects within our country and we should have been consulted,” Seade said, adding that it’s standard for a foreign country to be made aware about plans to deploy diplomats to its country.

In a letter to Lighthizer ahead of the trip, Seade threatened that Mexico would evaluate its options to establish “reciprocal mechanisms in defense of our country’s interests.”

Mexico quickly ratified the proposed changes to the deal on Thursday night before the Trump administration delivered the 239-page implementing bill to Capitol Hill on Friday afternoon.

Senior House Democrats expect a vote on the deal could come Thursday, the day after the chamber is expected to vote on impeachment and the day before members leave on their holiday recess.

Mexico’s complaint stems from a portion of the legislation that allows the Labor Department to hire up to five full-time “labor attachés” to be based in Mexico to monitor and enforce the country’s labor obligations under USMCA.

The U.S. implementing language also would create an “Interagency Labor Committee” that would meet at least once every 90 days over the next five years to ensure Mexico is fully delivering on implementation of its landmark labor reforms. It would be co-chaired by the U.S. trade representative and labor secretary.

It also outlines how the U.S. could block imports from Mexican factories suspected of violating labor rights — a looser definition than the one included in the 27-page document outlining the changes to the deal.

Mexico has repeatedly denied that it accepted provisions in the deal that would allow the U.S. to send inspectors to Mexico or easily block imports at the border.

Mexican officials and business leaders were quick to express their concern on Saturday, less than a week ago they were celebrating landing a compromise deal with the Trump administration and House Democrats.

Two former Mexican officials and two Mexican business leaders close to the talks raised questions about how Mexican officials could have passed the proposed changes in the Senate before seeing the final text and implementing language from the United States, particularly given how difficult the negotiations were on labor enforcement.

Some told POLITICO that Mexico moved too quickly to close a deal that would allow for the U.S. House to pass the new NAFTA before the end of the year. Others blamed the fact that Seade did not bring a full negotiating team to participate in the talks. Trade negotiations typically include technical teams and lawyers that closely review the language of the deal before it is made public or is passed.

Source: https://www.politico.com/news/2019/12/15/mexico-trade-deal-labor-enforcement-085200
Droolin’ Dog sniffed out this story and shared it with you.
The Article Was Written/Published By: srodriguez@politico.com (Sabrina Rodriguez)