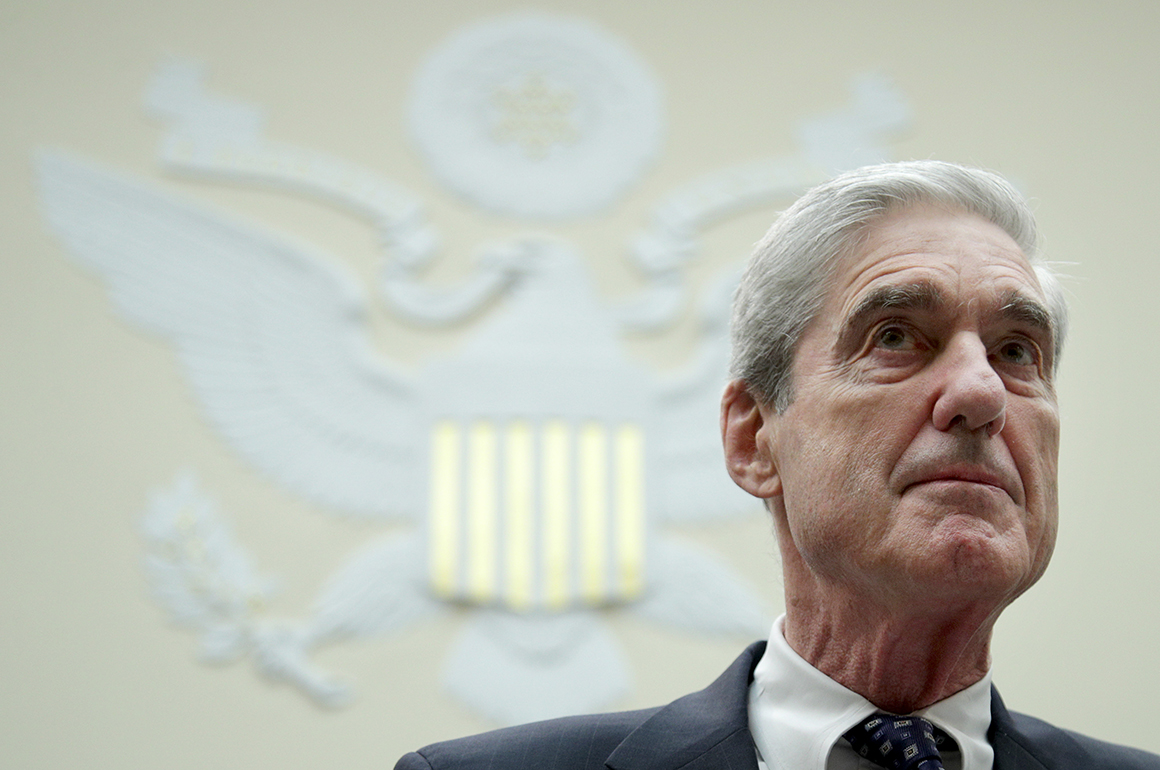 A federal judge on Friday ruled that the Justice Department must turn over former special counsel Robert Mueller’s grand jury evidence to the House Judiciary Committee, a groundbreaking victory for Democrats in their effort to investigate whether President Donald Trump should be impeached for obstructing the long-running Russia probe.

In a double victory for Speaker Nancy Pelosi, Judge Beryl Howell — the chief federal judge in Washington — ruled that the impeachment inquiry Democrats have launched is valid even though the House hasn’t taken a formal vote on it. The decision rejects arguments by DOJ and congressional Republicans that a formal vote is necessary to launch impeachment proceedings.

“Even in cases of presidential impeachment, a House resolution has never, in fact, been required to begin an impeachment inquiry,” Howell determined, dismissing GOP arguments as unsupported.

Republicans had claimed that the House Judiciary Committee cannot begin impeachment proceedings without a formal vote of the House — and that even if it could, Pelosi is not empowered to simply grant that authority to the Judiciary Committee. But Howell rejected the arguments out of hand.

“These contentions are, at worst, red herrings and, at best, incorrect,” ruled Howell, an appointee of former President Barack Obama.

In her ruling, Howell ordered the DOJ to provide by Oct. 30 “[a]ll portions of Special Counsel Robert S. Mueller III’s Report on the Investigation Into Russian Interference In The 2016 Presidential Election that were redacted pursuant to” grand jury restrictions.

The order also requires the Justice Department to provide “any underlying transcripts or exhibits referenced in the portions of the Mueller Report that were redacted” pursuant to those restrictions.

Democrats have contended that they need Mueller’s grand jury transcripts in order to determine whether to bring articles of impeachment against Trump for conduct revealed in the course of Mueller’s investigation.

They’ve also argued that impeachment proceedings are part of a “judicial” process, which would qualify them for an exemption from traditional grand jury secrecy requirements. In part, they argued, the Senate’s removal trial has always been seen as a judicial process, particularly since it’s presided over by the chief justice of the Supreme Court.

The Justice Department rejected that argument, contending that even the Senate impeachment trial fails to qualify as a judicial proceeding. DOJ argued that the chief justice’s role is primarily administrative.

“The Federalist Papers, the text of the Constitution, and Supreme Court precedent all make clear — impeachment trials are judicial in nature and constitute judicial proceedings,” she determined.

House Republicans have spent weeks arguing that Democrats’ ongoing impeachment process is invalid in part because Pelosi has refused to sanction the effort with a vote on the House floor. But here, too, Howell cast aside their reasoning as “fatally flawed.”

“The precedential support cited for the ‘House resolution’ test is cherry-picked and incomplete, and more significantly, this test has no textual support in the U.S. Constitution, the governing rules of the House, or [grand jury secrecy rules], as interpreted in binding decisions,” she writes.

And Howell took particular issue with a sharply worded letter sent by White House counsel Pat Cipollone on Oct. 8 to House Democrats declaring their intent to block any cooperation by White House officials with the ongoing impeachment inquiry.

Though the Justice Department has claimed that the House has failed to exhaust all avenues to obtain the information it is seeking, Howell cited Cipollone’s letter as proof that any other means would be fruitless.

“These arguments smack of farce. The reality is that DOJ and the White House have been openly stonewalling the House’s efforts to get information by subpoena and by agreement, and the White House has flatly stated that the Administration will not cooperate with congressional requests for information,” Howell argued. “The White House’s stated policy of non-cooperation with the impeachment inquiry weighs heavily in favor of disclosure.”

Source: https://www.politico.com/news/2019/10/25/judge-rules-doj-must-turn-over-mueller-grand-jury-material-to-house-democrats-000299
Droolin’ Dog sniffed out this story and shared it with you.
The Article Was Written/Published By: jgerstein@politico.com (Josh Gerstein)