The alarm was inadvertently set off during Honolulu Police Department dispatcher training, which for some bizarre reason was being done on live equipment rather than with training software.

“I just want to apologize [to] the public,” Police Chief Susan Ballard said in an interview with Hawaii News Now. “It was just a very [simple] mistake. We need to do better.”

In this instance, it took 12 minutes for state agencies to confirm to the public that it was a false alarm, compared with the 28-minute delay in January.

***NO TSUNAMI THREAT*** We have received phone calls about sirens going off across Oahu, but we have confirmed with the Pacific Tsunami Warning Center that there is NO TSUNAMI THREAT. #hiwx #tsunami

Mistaken siren sounding by Honolulu Police Department. NO EMERGENCY at this time.

“Due to an error during a Honolulu Police Department training exercise, emergency sirens were mistakenly activated on Oahu,” Chris Sugidono, assistant communications director for Maui County, told CNN. “A siren in the Kahului area also was mistakenly activated during the exercise, according to the Hawaii Emergency Management Agency. There is no emergency at this time.”

Needless to say, residents were irate, especially after the false ballistic missile alert in January, which was sent when a member of the Hawaii Emergency Management Agency sent the alert by pushing the wrong button. 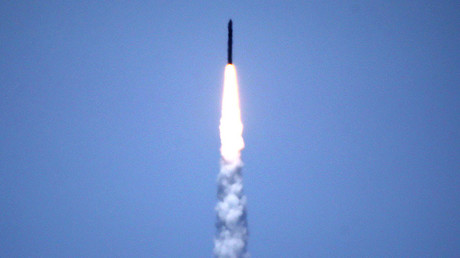 ‘This is not a drill’: Hawaii gets ballistic missile alert ‘by mistake’

“What in the actual f**k is wrong with your guys system. This is twice now I’ve been in imminent fear for my life. You guys have some explaining to do,” wrote one understandably upset Twitter user.

Another irate user added: “Why the hell would HPD need access to a natural disaster alarm?!?!? THEY’RE NOT EXPERTS IN ANY AREA THAT THAT ALARM IS TIED TO!”

Why the hell would HPD need access to a natural disaster alarm?!?!? THEY’RE NOT EXPERTS IN ANY AREA THAT THAT ALARM IS TIED TO!

The resounding consensus online, however, was that the Hawaiian authorities need to pay better attention to their work and not needlessly induce panic in the general population.

Source: https://www.rt.com/usa/469151-hawaii-police-trigger-emergency-system/?utm_source=rss&utm_medium=rss&utm_campaign=RSS
Droolin’ Dog sniffed out this story and shared it with you.
The Article Was Written/Published By: RT