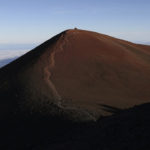 Native Hawaiians have been fighting against outside influences for sovereignty of their land, preservation of their culture, and respect for their identity since sugar planters and businessmen forced the abdication of Queen Liliuokalani in 1893.

In many ways, the continued resistance to the construction of the Thirty Meter Telescope (TMT) in Hawaii is more than a protest against a massive and destructive construction project. It is an extension of that 126 years-long fight for the right to the self-determination of Native Hawaiians, and it is also part of the longer fight for self-determination for indigenous and Native peoples around the world

The post The Fight for Mauna Kea in Hawaii is Part of the Global Fight for Indigenous People appeared first on The Real News Network.

Source: https://therealnews.com/stories/the-fight-for-mauna-kea-in-hawaii-is-part-of-the-global-fight-for-indigenous-people
Droolin’ Dog sniffed out this story and shared it with you.
The Article Was Written/Published By: Sidra Sheikh