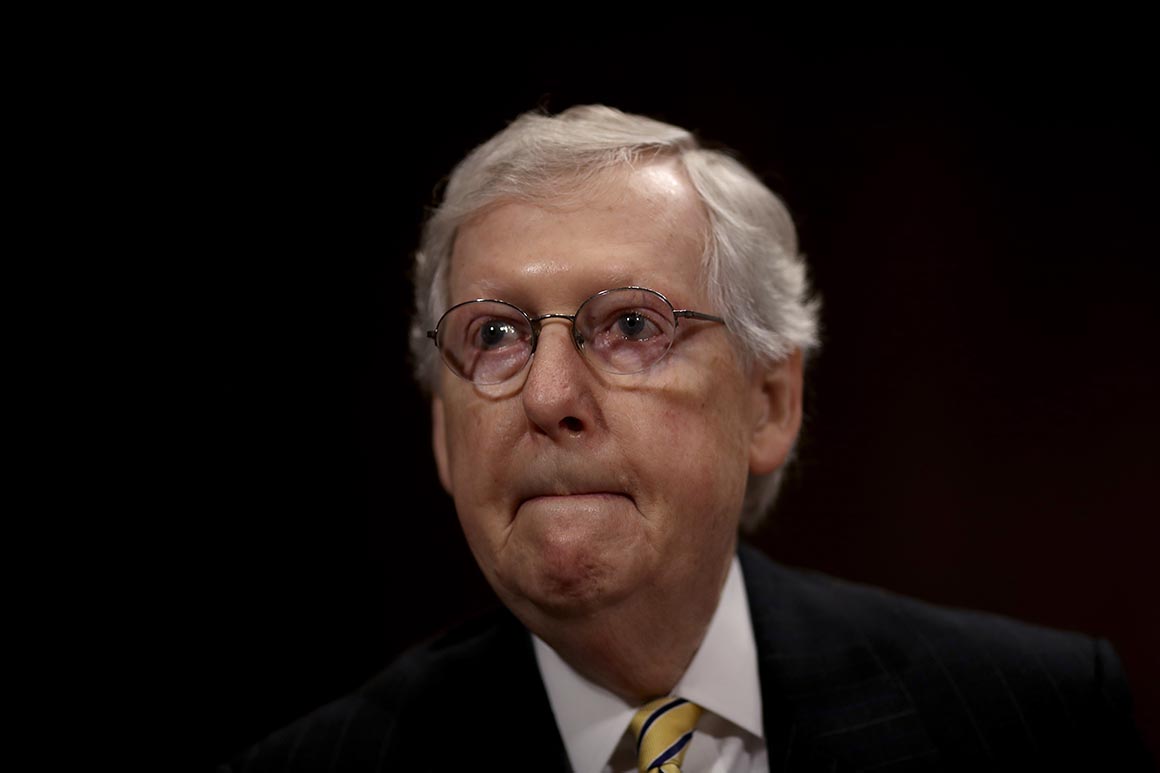 Senate Majority Leader Mitch McConnell reiterated Tuesday that he is willing to bring to the floor gun control legislation that President Donald Trump supports and could become law.

The Kentucky Republican told conservative talk show radio host Hugh Hewitt that the White House is reviewing different proposals in the wake of mass shootings in Texas and Ohio and expects to hear back next week about what Trump is willing to back.

“I said several weeks ago that if the President took a position on a bill so that we knew we would actually be making a law and not just having serial votes, I’d be happy to put it on the floor,” McConnell told Hewitt. “If the President is in favor of a number of things that he has discussed openly and publicly, and I know that if we pass it it’ll become law, I’ll put it on the floor.”

McConnell’s remarks come amid renewed discussion over stricter gun laws. In August, two back-to-back mass shootings in Texas and Ohio left at least 31 people dead, and over the weekend a gunman in Texas killed seven people and wounded more than 20 in a shooting rampage. Those mass casualty incidents have increased pressure on Congress to act when it returns next week from its summer recess.

Among the ideas under discussion are so-called red flag laws, which would allow a family member or a law enforcement official to petition a court for an order to take guns from individuals who may be a threat to themselves or others. But Democrats say those laws are not enough and have called on McConnell to bring up the House’s universal background checks bill, which passed earlier this year. That bill so far has no Republican support.

Another proposal under discussion is legislation from Sens. Joe Manchin (D-W.Va.) and Pat Toomey (R-Pa.) that would expand background checks to all commercial sales. But that bill has failed twice in the Senate and it’s unclear whether it would gain enough Republican support to pass.

Trump has gone back and forth on supporting background checks. Following the shootings in El Paso and Dayton, Trump tweeted that “serious discussions are taking place between House and Senate leadership on meaningful background checks.” But he later reportedly told Wayne LaPierre, the chief executive of the National Rifle Association, that background checks were no longer on the table. After the shooting this weekend, Trump made no mention of background checks and instead called for changes to the U.S. mental health system.

“I will say that for the most part, sadly, if you look at the last four or five, going back even five or six or seven years — for the most part, as strong as you make your background checks, they would not have stopped any of it,” Trump said over the weekend.

In addition to discussing gun legislation, McConnell again said that he would fill a Supreme Court vacancy if one came up during the presidential election. Democrats are still seething over McConnell’s decision to block President Barack Obama’s Supreme Court nominee Merrick Garland from receiving a hearing in 2016. But McConnell insists the situation was different because Democrats controlled the White House and Republicans controlled the Senate.

“You have to go back to 1880 to find the last time, back to 1880s to find the last time a Senate of a different party from the president filled a Supreme Court vacancy created in the middle of a presidential election,” he said. “There was nothing I did that was, would not have been done had the shoe been on the other foot had there been … a Republican president and a Democratic Senate.”

Source: https://www.politico.com/story/2019/09/03/mcconnell-guns-trump-senate-1479818
Droolin’ Dog sniffed out this story and shared it with you.
The Article Was Written/Published By: mlevine@politico.com (Marianne LeVine)