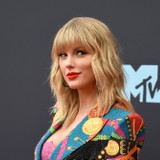 Taylor Swift’s new album, Lover, was so big in its first week in the U.S., not only did it log the biggest week for any album — in terms of either equivalent album units earned or albums sold — since her last release, reputation, in 2017, but Lover also accounted for 27% of all album sales in the country.

Source: https://www.spin.com/2019/09/taylor-swift-lover-accounted-for-27-of-all-us-album-sales-in-its-first-week/
Indie Brew found this story and shared it with you.
The Article Was Written/Published By: Keith Caulfield, Billboard