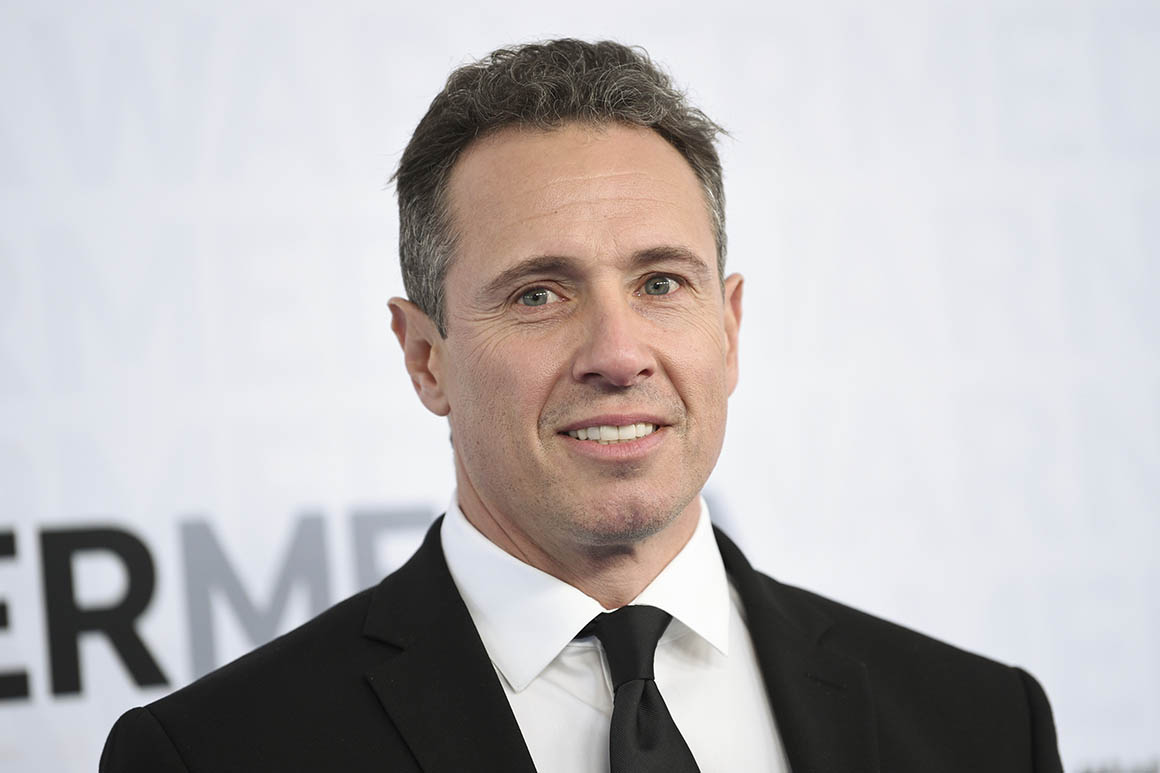 President Donald Trump on Tuesday leaned into a controversy surrounding CNN anchor Chris Cuomo, boosting an expletive-laden video in which the “Cuomo Prime Time” host compares being referred to as Fredo from “The Godfather” to “the n-word.”

“I thought Chris was Fredo also,” Trump said in a tweet, referring to the less intelligent middle son of fictional Mafia don Vito Corleone in the film franchise. The president, who has made pummeling CNN part of his brand, added: “The truth hurts. Totally lost it! Low ratings @CNN.”

Cuomo’s outburst went viral Monday night when it was shared on Twitter after being posted on YouTube by a conservative provocateur. In the video, which is shot from a low angle, Cuomo erupts after being called “Fredo” by a heckler who claims not to know the anchor’s name. Cuomo says that the term is “an Italian aspersion,” comparing it to the racial slur used against African Americans. “It it’s like the n-word for us.”

The conversation continues to deteriorate, with Cuomo threatening the heckler, at one point warning him, “I’ll f—ing throw you down these stairs.”

The conservative media world was divided over the clip, with some commentators coming to Cuomo’s defense and others arguing he should be punished.

The president himself took the latter line of attack, suggesting that under a so-called red flag gun law being considered by lawmakers, Cuomo might be barred from owning a gun.

“Would Chris Cuomo be given a Red Flag for his recent rant? Filthy language and a total loss of control. He shouldn’t be allowed to have any weapon. He’s nuts!” Trump said.

Donald Trump Jr. suggested Monday night that Cuomo had been disingenuous in taking offense at the term. Trump Jr. retweeted a statement posted on Twitter attributed to a CNN spokesman in which the network stood by Cuomo, saying the anchor “defended himself when he was verbally attacked with the use of an ethnic slur in an orchestrated setup. We completely support him.”

The younger Trump included a clip from Cuomo’s show earlier this year in which he shows no reaction when CNN commentator Ana Navarro-Cardenas refers to one of Trump Jr.’s siblings as “Fredo.”

“Does CNN’s head of PR still think ‘Fredo’ is an ethnic slur after watching this? Because if it’s the N word for Italians like @ChrisCuomo says, I don’t understand why Chris seems so at ease with someone saying it here,” Trump Jr. said, dismissing the defense as a “fake” excuse.

Fox News host and frequent CNN basher Sean Hannity backed up the anchor on Tuesday. “I say good for @ChrisCuomo … He’s out with his 9 year old daughter, and his wife, and this guy is being a jackass in front of his family. Imho Chris Cuomo has zero to apologize for,” he argued in a tweet, adding that it was Cuomo who deserved an apology.

Corey Lewandowski, Trump’s first campaign manager and a onetime commentator on CNN, said that “too many of us have seen this happen when we are out with out famIiies [sic]. If this continues someone is going to get hurt. Have some respect. @ChrisCuomo has every right to defend himself and his family.”

“Heckling a public figure and secretly recording their reaction is a punk move. Conservatives applauding it in this case are hypocrites. Good for Cuomo, treating the guy exactly as he deserved to be treated,” wrote conservative blogger Matt Walsh.

Anthony Scaramucci, the flamboyant former White House communications director, also rushed to Cuomo’s defense, writing that he was “very proud” of his fellow Italian American. “This happens all the time,” he claimed. “It’s quite racist.”

But Meghan McCain, daughter of the late Sen. John McCain and a co-host on ABC’s “The View,” argued that as a man, Cuomo was not being held to the same standards a female anchor in his place would be.

“However you feel about Chris Cuomo’s behavior today, there’s not one woman in ALL of media who could be filmed in public on an obscenity filled tirade and be supported by their network and public the way he is right now,” she said in a tweet. “Men get to be tough and swear, women are ‘unhinged.’”

Cuomo weighed in later Tuesday, expressing remorse for the incident.

Cuomo’s show was previously scheduled to be off the air for the rest of the week.

Source: https://www.politico.com/story/2019/08/13/chris-cuomo-fredo-attack-trump-1460590
Droolin’ Dog sniffed out this story and shared it with you.
The Article Was Written/Published By: coprysko@politico.com (Caitlin Oprysko)