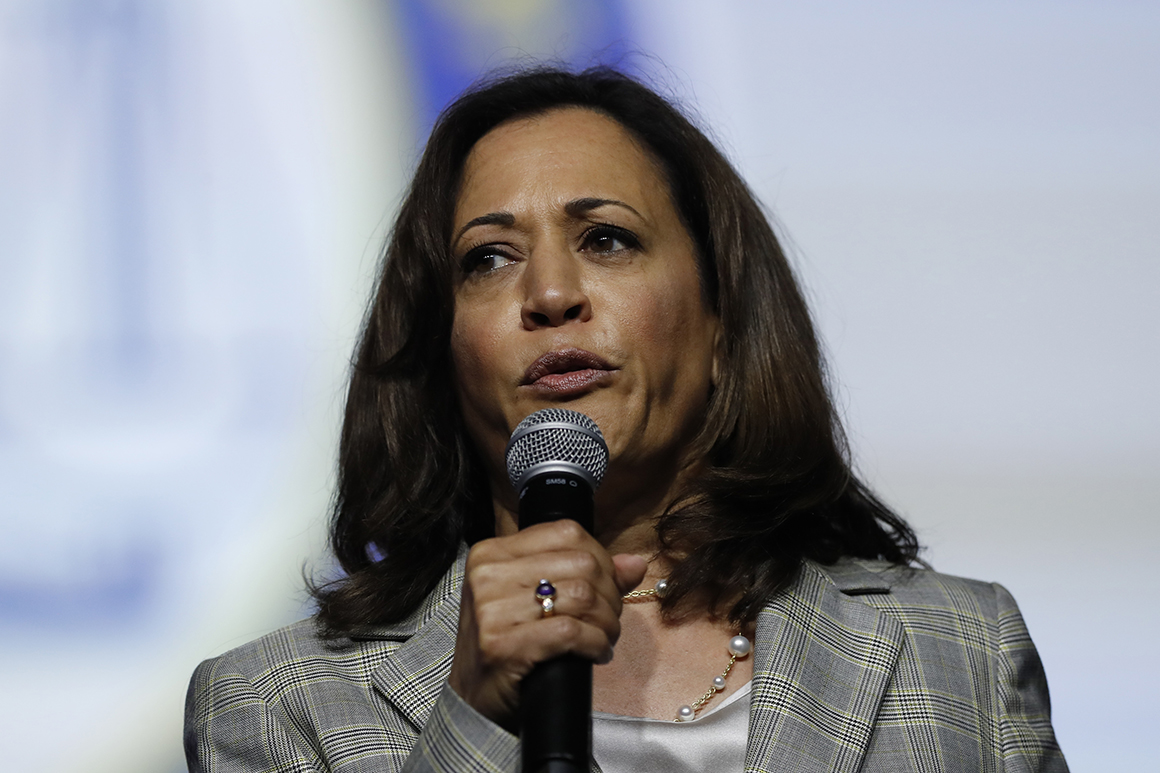 Democratic Sen. Kamala Harris decried recent immigration raids as part of the Trump administration’s “campaign of terror” that will distort the upcoming 2020 census.

“This administration has directed DHS to conduct these raids as part of what I believe is this administration’s campaign of terror, which is to make whole, whole populations of people afraid to go to work,” Harris (D-Calif.) told NBC’s Chuck Todd.

Harris, a 2020 Democratic presidential candidate, described children and parents who are afraid ahead of the 2020 census in an interview on NBC’s “Meet the Press” that aired Sunday.

“We do this census every 10 years in America,” she said. “We make decisions about everything from electoral lines to where we’re going to put resources.“

Harris added that there are multi-generational households throughout the United States that include both documented and undocumented people.

“When that census-taker comes knocking at that door, they’re not going to answer the door,” she said. “And I know this administration knows that.”

President Donald Trump on Friday defended the raids in Mississippi, calling them “a very good deterrent.”

But Harris on Sunday described how the raids will, in part, influence the U.S. census — “an extension of who we are as a democracy.”

“We say, ‘Every person matters. We count,'” Harris said. “We make decisions based on who’s here and what they need. And you and I will both suffer if that census count is flawed.

“And I’m telling you that, given the policies of this administration, that is going to be a flawed census.”

Source: https://www.politico.com/story/2019/08/11/kamala-harris-immigration-raids-2020-census-1456525
Droolin’ Dog sniffed out this story and shared it with you.
The Article Was Written/Published By: ktamborrino@politico.com (Kelsey Tamborrino)