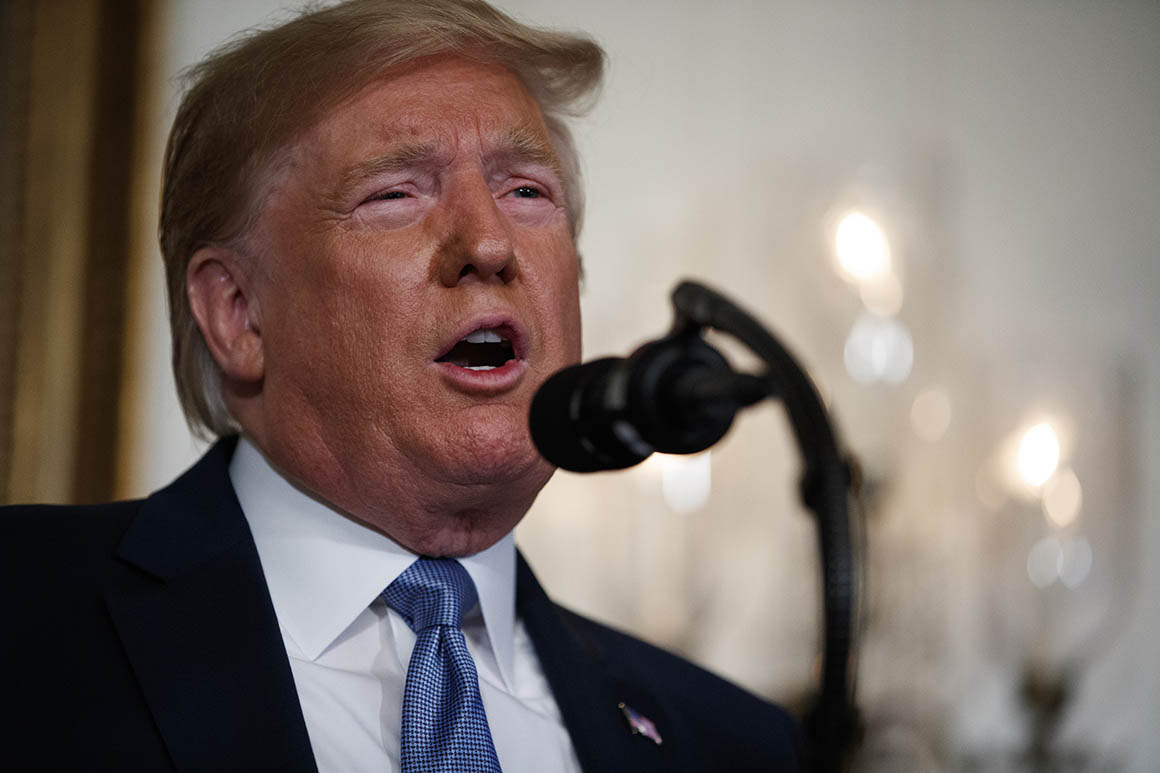 President Donald Trump on Tuesday night mocked Beto O’Rourke’s performance in the Democratic presidential primary and commanded him to “be quiet” in the wake of a mass shooting in the former congressman’s hometown of El Paso, Texas, where the president will visit Wednesday.

“Beto (phony name to indicate Hispanic heritage) O’Rourke, who is embarrassed by my last visit to the Great State of Texas, where I trounced him, and is now even more embarrassed by polling at 1% in the Democrat Primary, should respect the victims & law enforcement – & be quiet!” the president wrote on Twitter.

Trump earlier Tuesday evening confirmed plans to travel to El Paso and Dayton, Ohio, on Wednesday and “meet with First Responders, Law Enforcement, and some of the victims of the terrible shootings” in the two cities that suffered mass shootings just hours apart over the weekend.

While the motive for the Ohio killings is unclear, high-profile Democrats have partly blamed Trump and his incendiary immigration rhetoric for the violence in El Paso. The alleged gunman in that incident, a 21-year-old white man, is suspected to have authored and posted online a racist, anti-Hispanic manifesto before killing nearly two dozen people Saturday morning at a Walmart in the Southwestern border town, which is majority Latino.

O’Rourke, who has urged Trump to stay away from El Paso in the wake of the shootings, replied to the president online early Wednesday morning, tweeting: “22 people in my hometown are dead after an act of terror inspired by your racism. El Paso will not be quiet and neither will I.”

O’Rourke’s presidential campaign did not immediately respond to a request for comment.

Rep. Veronica Escobar (D-Texas), a Hispanic congresswoman who represents the vast majority of El Paso in the House of Representatives, has also requested that Trump not visit her district. “From my perspective, he is not welcome here,” she told MSNBC on Monday.

Source: https://www.politico.com/story/2019/08/07/trump-mocks-beto-orourke-el-paso-1450805
Droolin’ Dog sniffed out this story and shared it with you.
The Article Was Written/Published By: qforgey@politico.com (Quint Forgey)