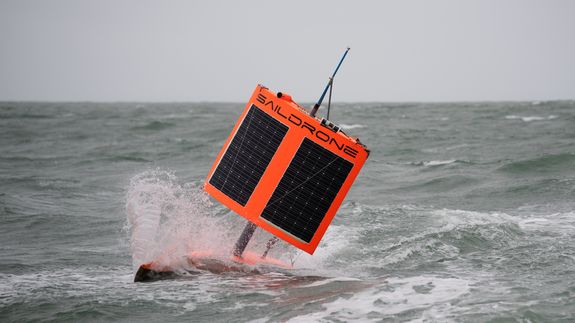 Over the weekend a Saildrone — a 23-foot long uncrewed marine robot — withstood the tempestuous seas around Antarctica to complete the first-ever circumnavigation of the continent by a drone. National Oceanic and Atmospheric Administration (NOAA) scientists collaborated with autonomous vehicle specialists, Saildrone, to test whether the seafaring robot could survive the rough waters, and make successful scientific observations.

NOAA needs to gauge how much carbon dioxide — the potent greenhouse gas now amassing in the atmosphere — the southern seas are absorbing from the air, and it hopes Saildrones can help. Overall, the oceans soak up a huge amount of the CO2 that humanity emits into the atmosphere (some 30 percent), which has substantially curbed Earth’s accelerating temperature rise. Now, understanding how much carbon the oceans will likely soak up in the future is critical to grasping how Earth’s increasingly disrupted climate will transform society and the natural world.  Read more…

Source: https://mashable.com/article/saildrone-antarctica-climate-change/
Droolin’ Dog sniffed out this story and shared it with you.
The Article Was Written/Published By: Mark Kaufman