For example, Windows 10’s Anniversary Update added “active hours.” Set your “active hours” and Windows won’t reboot for updates during the hours of the day when you usually use your PC. Up to 18 hours a day can be active hours. The April 2018 Update brought faster update installation, too.

The biggest change was in the May 2019 Update, which finally offers more choice over these big, once-every-six-month updates. Every release of Windows 10 will get support for 18 months. You don’t have to install these big updates immediately when they’re released—you can even choose to skip some of them.

RELATED: Everything New in Windows 10’s May 2019 Update, Available Now

Files on Demand for Cloud Storage 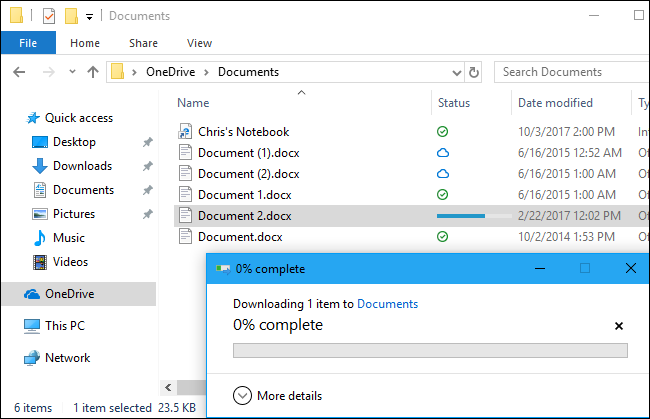 Files on Demand are a highly underrated feature. Added back in the Fall Creators Update, this feature shows “placeholder” copies of files stored in the cloud on your PC. They appear as normal files on your PC. When you open them, Windows automatically downloads them. In other words, they’re loaded on demand—but they all appear in File Explorer.

Source: https://www.howtogeek.com/434851/four-years-of-windows-10-our-favorite-15-improvements/
Proactive Computing found this story and shared it with you.
The Article Was Written/Published By: Chris Hoffman