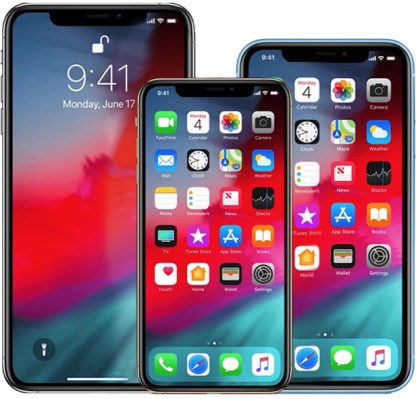 Apple analyst Ming-Chi Kuo — sometimes described as “the most accurate Apple analyst in the world” — has written a new note to investors saying that the three iPhones expected to launch in 2020 will feature support for 5G. In previous Kuo reports, it’s said the 2020 iPhones could be available in new sizes: a 5.4 and 6.7-inch high-end iPhones with OLED displays, along with a 6.1-inch model with an OLED display.

Previously, he predicted that only two of the three new iPhones slated for 2020 would support 5G. But with well-spec’d Androids flooding the market, he says it looks like Apple will offer 5G in all models in order to better compete. He’s also confirmed the view that Apple will be able to throw more resources into developing the 5G iPhone now that it has acquired Intel’s smartphone modem chip business.

The report, leaked to MacRumors, contains this quote:

We now believe that all three new 2H20 iPhone models will support 5G for the following reasons. (1) Apple has more resource for developing the 5G iPhone after the acquisition of Intel baseband business. (2) We expect that the prices of 5G Android smartphones will decline to $249-349 USD in 2H20. We believe that 5G Android smartphones, which will be sold at $249-349 USD, will only support Sub-6GHz. But the key is that consumers will think that 5G is the necessary function in 2H20. Therefore, iPhone models which will be sold at higher prices have to support 5G for winning more subsidies from mobile operators and consumers’ purchase intention. (3) Boosting 5G developments could benefit Apple’s AR ecosystem.

The report expects all three 2020 iPhone models to support both mmWave and Sub-6GHz spectrum (two different kinds of 5G) for the US market. Whether Apple will launch a 5G iPhone that only supports Sub-6GHz, allowing for a lower price and thus making it suitable for the Chinese market, remains unclear.

mmWave is the ‘fastest 5G’ that’s most often referred to, but as it is suited to denser, urban areas, it will not be used as much in rural or suburban areas, where mid-bands and low-bands, called sub-6GHz 5G, will be employed. All are banks are faster than 4G, with mmWave the fastest.

Apple will use modem chips from Qualcomm in its 2020 5G iPhones, while it works on its own modem chips, due in 2021.

Source: https://techcrunch.com/2019/07/28/reports-claims-all-three-new-iphones-planned-for-2020-will-support-5g/?utm_source=feedburner&utm_medium=feed&utm_campaign=Feed%3A+Techcrunch+%28TechCrunch%29
Proactive Computing found this story and shared it with you.
The Article Was Written/Published By: Mike Butcher