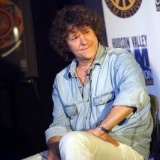 Woodstock 50 has released all booked artists from their contracts, Billboard reports. The news comes hours after an Associated Press report that John Fogerty and Jay-Z would not perform at the festival, now that it’s scheduled to take place at a much smaller venue in Columbia, Maryland.

It appears organizers had little choice but…

Source: https://www.spin.com/2019/07/woodstock-50-lineup-released-from-contract/
Indie Brew found this story and shared it with you.
The Article Was Written/Published By: Tosten Burks