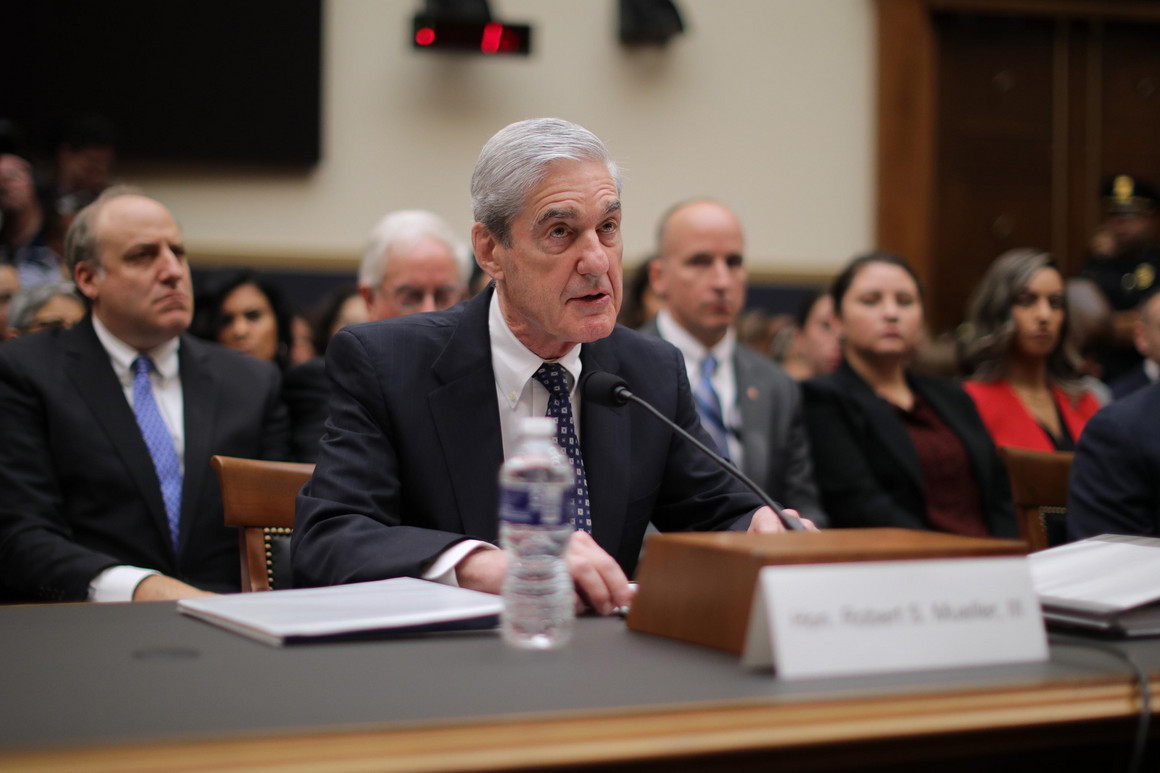 Robert Mueller on Wednesday released his opening statement for his long-awaited testimony on Capitol Hill.

The former special counsel has said he will not stray outside of the final report his team released at the end of its two-year-long investigation into potential ties between the Trump campaign and Russian operatives trying to sway the 2016 election, as well as whether President Donald Trump tried to impede that probe.

As you know, in May 2017, the Acting Attorney General asked me to serve as Special Counsel. I undertook that role because I believed that it was of paramount interest to the nation to determine whether a foreign adversary had interfered in the presidential election.

As the Acting Attorney General said at the time, the appointment was “necessary in order for the American people to have full confidence in the outcome.”

My staff and I carried out this assignment with that critical objective in mind: to work quietly, thoroughly, and with integrity so that the public would have full confidence in the outcome.

Throughout the investigation, I continually stressed two things to the team that we had assembled.

First, we needed to do our work as thoroughly as possible and as expeditiously as possible. It was in the public interest for our investigation to be complete, but not to last a day longer than necessary.

Second, the investigation needed to be conducted fairly and with absolute integrity. Our team would not leak or take other actions that could compromise the integrity of our work. All decisions were made based on the facts and the law.

SOME CONTEXT
Mueller’s team was famous for being so tight-lipped. But there were moments when they weighed in, most notably to correct a BuzzFeed report that they believed to be wrong.

During the course of our investigation, we charged more than 30 defendants with committing federal crimes, including 12 officers of the Russian military. Seven defendants have been convicted or pled guilty.

Certain of the charges we brought remain pending today. For those matters, I stress that the indictments contain allegations, and every defendant is presumed innocent unless and until proven guilty.

In addition to the criminal charges we brought, as required by Justice Department regulations, we submitted a confidential report to the Attorney General at the conclusion of the investigation. The report set forth the results of our work and the reasons for our charging and declination decisions. The Attorney General later made the report largely public.

As you know, I made a few limited remarks about our report when we closed the Special Counsel’s Office in May of this year. There are certain points that bear emphasis.

First, our investigation found that the Russian government interfered in our election in sweeping and systematic fashion.

THE HISTORY BEHIND THIS POINT
This is a point that Mueller has been comfortable emphasizing. In his only prior public statement after concluding his investigation, Mueller said “the central allegation of our indictments, that there were multiple systemic efforts to interfere in our election. And that allegation deserves the attention of every American.”

Second, the investigation did not establish that members of the Trump campaign conspired with the Russian government in its election interference activities. We did not address “collusion,” which is not a legal term. Rather, we focused on whether the evidence was sufficient to charge any member of the campaign with taking part in a criminal conspiracy. It was not.

‘COLLUSION’ HAS BEEN A POINT OF CONTENTION
This is an indirect rebuke of both President Donald Trump and Attorney General Bill Barr, who misleadingly stated in a press conference earlier this year that Mueller had found “no collusion.” Mueller makes clear that that “collusion” is not something they even considered.

Third, our investigation of efforts to obstruct the investigation and lie to investigators was of critical importance. Obstruction of justice strikes at the core of the government’s effort to find the truth and to hold wrongdoers accountable.

Finally, as described in Volume 2 of our report, we investigated a series of actions by the President towards the investigation. Based on Justice Department policy and principles of fairness, we decided we would not make a determination as to whether the President committed a crime. That was our decision then and it remains our decision today.

THIS IS A SLIGHT CHANGE
This is not as strong as what Mueller said in his prior statement. In that statement, made in May, Mueller made clear that, “as set forth in the report, after that investigation, if we had had confidence that the president clearly did not commit a crime, we would have said so.” Mueller has left that out here.

Let me say a further word about my appearance today.

It is unusual for a prosecutor to testify about a criminal investigation, and given my role as a prosecutor, there are reasons why my testimony will necessarily be limited.

THE BACKGROUND HERE
Mueller is managing expectations here. The Justice Department asked him to stay within the four corners of his report, and it seems like Mueller is prepared to comply.

First, public testimony could affect several ongoing matters. In some of these matters, court rules or judicial orders limit the disclosure of information to protect the fairness of the proceedings. And consistent with longstanding Justice Department policy, it would be inappropriate for me to comment in any way that could affect an ongoing matter.

WHAT HE’S REFERRING TO HERE
Mueller made 12 other criminal referrals after his probe ended, many of which are ongoing investigations.

A COMPANY MAN
Mueller further indicates that he will abide by DOJ recommendations on limiting his testimony.

I therefore will not be able to answer questions about certain areas that I know are of public interest. For example, I am unable to address questions about the opening of the FBI’s Russia investigation, which occurred months before my appointment, or matters related to the so-called “Steele Dossier.” These matters are the subject of ongoing review by the Department. Any questions on these topics should therefore be directed to the FBI or the Justice Department.

SOME CONTEXT
The DOJ’s internal watchdog is examining the role of the dossier in the FBI probe, and Barr is conducting a parallel review of the FBI’s actions in 2016.

As I explained when we closed the Special Counsel’s Office in May, our report contains our findings and analysis and the reasons for the decisions we made. We conducted an extensive investigation over two years. In writing the report, we stated the results of our investigation with precision. We scrutinized every word.

STAYING ON MESSAGE
Mueller makes it clear that the language in the report was extremely deliberate — that’s why, in May, he stated that the report is, in effect, his testimony.

I do not intend to summarize or describe the results of our work in a different way in the course of my testimony today. As I said on May 29: the report is my testimony. And I will stay within that text.

And as I stated in May, I also will not comment on the actions of the Attorney General or of Congress. I was appointed as a prosecutor, and I intend to adhere to that role and to the Department’s standards that govern it.

I will be joined today by the Deputy Special Counsel, Aaron Zebley. Mr. Zebley has extensive experience as a federal prosecutor and at the FBI, where he served as Chief of Staff. Mr. Zebley was responsible for the day-to-day oversight of the investigations conducted by our Office.

I also want to again say thank you to the attorneys, the FBI agents, the analysts, and the professional staff who helped us conduct this investigation in a fair and independent manner. These individuals, who spent nearly two years working on this matter, were of the highest integrity.

And let me say one more thing. Over the course of my career, I’ve seen a number of challenges to our democracy. The Russian government’s effort to interfere in our election is among the most serious. As I said on May 29, this deserves the attention of every American.

Source: https://www.politico.com/story/2019/07/24/mueller-opening-statement-full-text-transcript-annotated-1428431
Droolin’ Dog sniffed out this story and shared it with you.
The Article Was Written/Published By: Natasha Bertrand 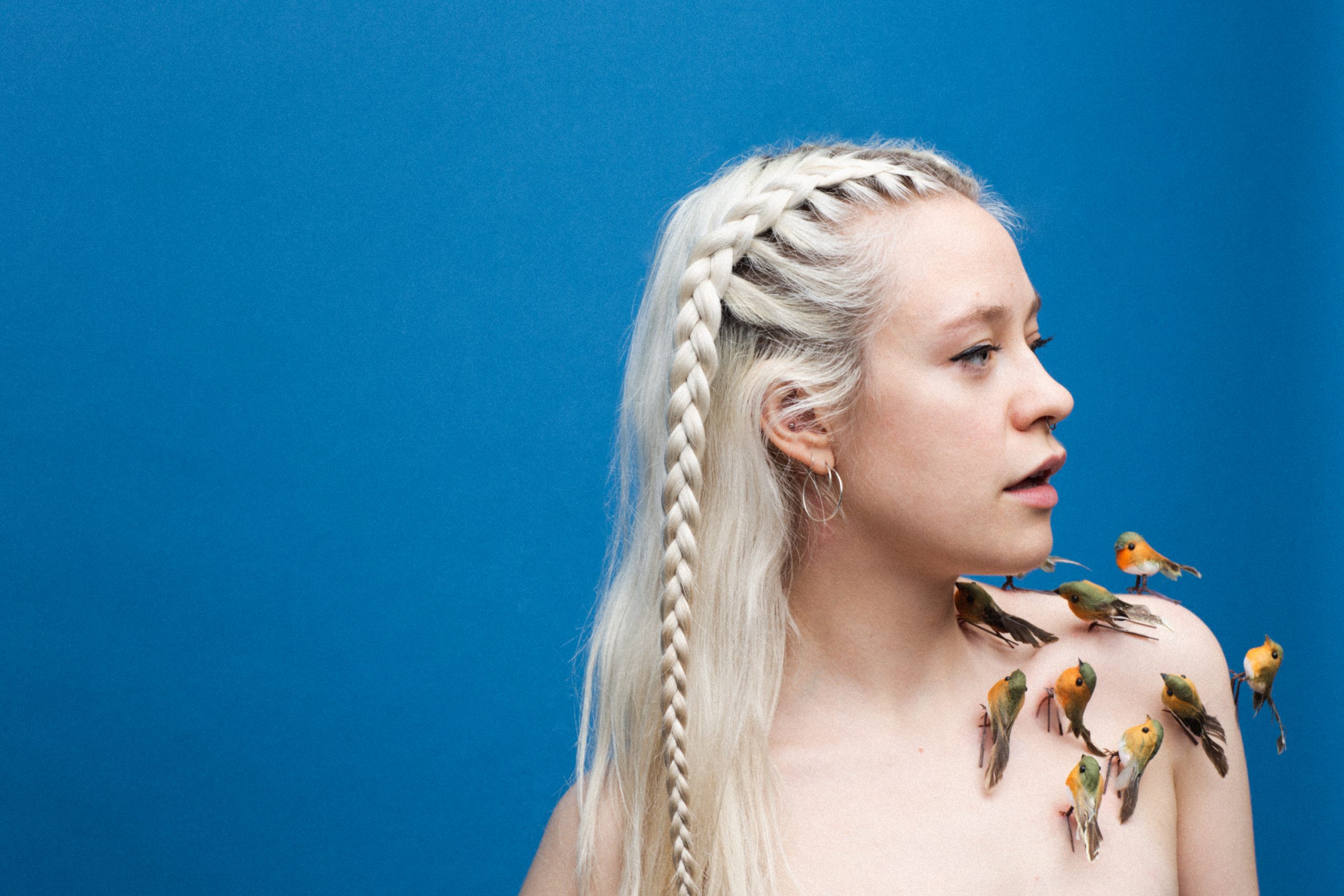 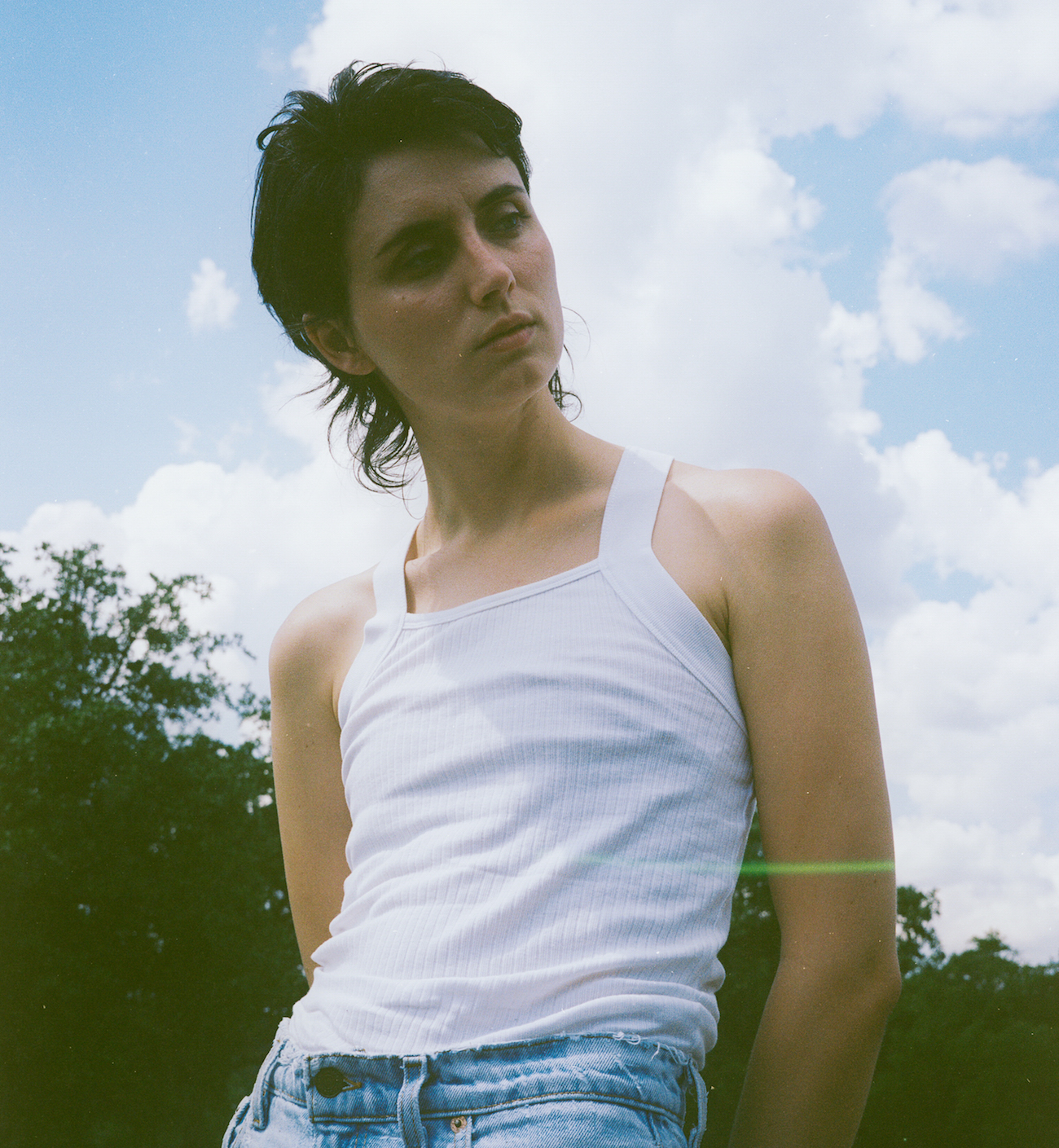 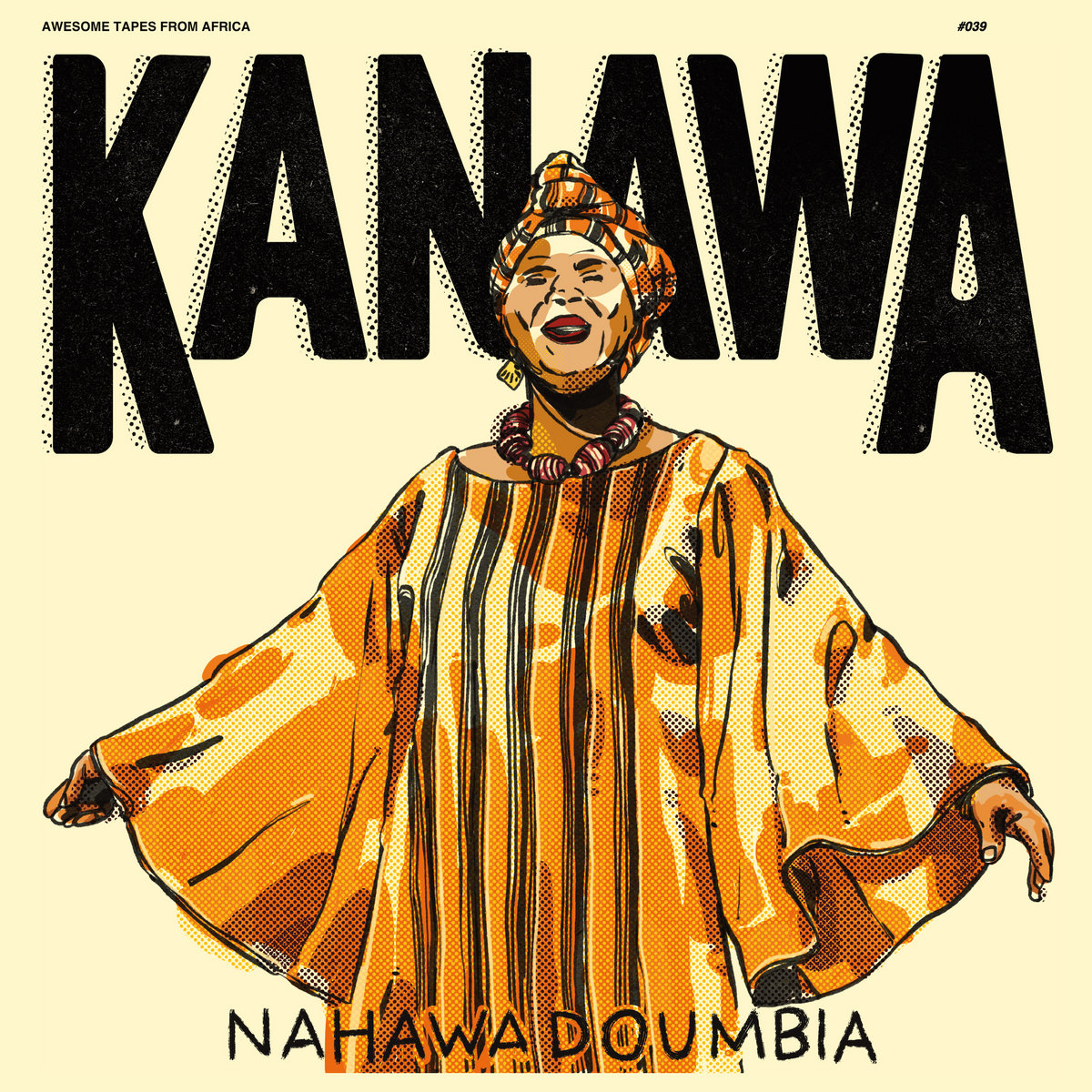