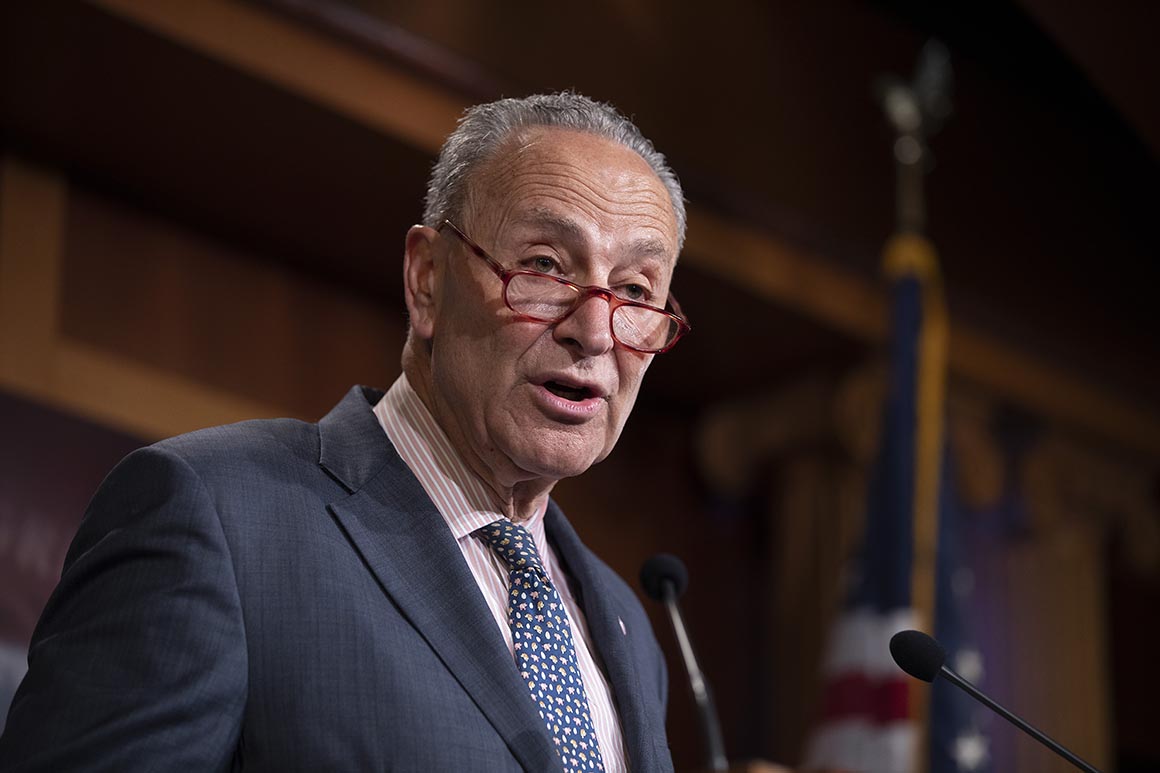 Schumer’s requests for the Senate to consider the amendments come amid bipartisan acknowledgement of Russian interference in the 2016 election, described in former special counsel Robert Mueller’s report.

Schumer warned that if Congress does not act on election security, there could be future interference in the 2020 election not only from Russia, but also from China, Iran and North Korea. He further slammed Senate Republicans for not doing more.

“The Republican Senate, leader McConnell just stands there and twiddles their thumbs and says almost, ‘Come on Putin let it happen,’” he said.

But many Republicans remain skeptical of election security legislation and argue that security improved during the 2018 election. Last week, Sen. Marsha Blackburn (R-Tenn.) blocked legislation from Sen. Mark Warner (D-Va.) that would require presidential campaigns to report to law enforcement any offers of help from a foreign agent or government. President Donald Trump said last week he would be willing to accept foreign opposition research.

“I know there are some who believe we have to do more election reform,” she said. “I think some of it is calculated to add, I think, additional fuel to the Mueller report and the aftermath of that.”

Source: https://www.politico.com/story/2019/06/18/schumer-election-security-ndaa-1367749
Droolin’ Dog sniffed out this story and shared it with you.
The Article Was Written/Published By: mlevine@politico.com (Marianne LeVine)