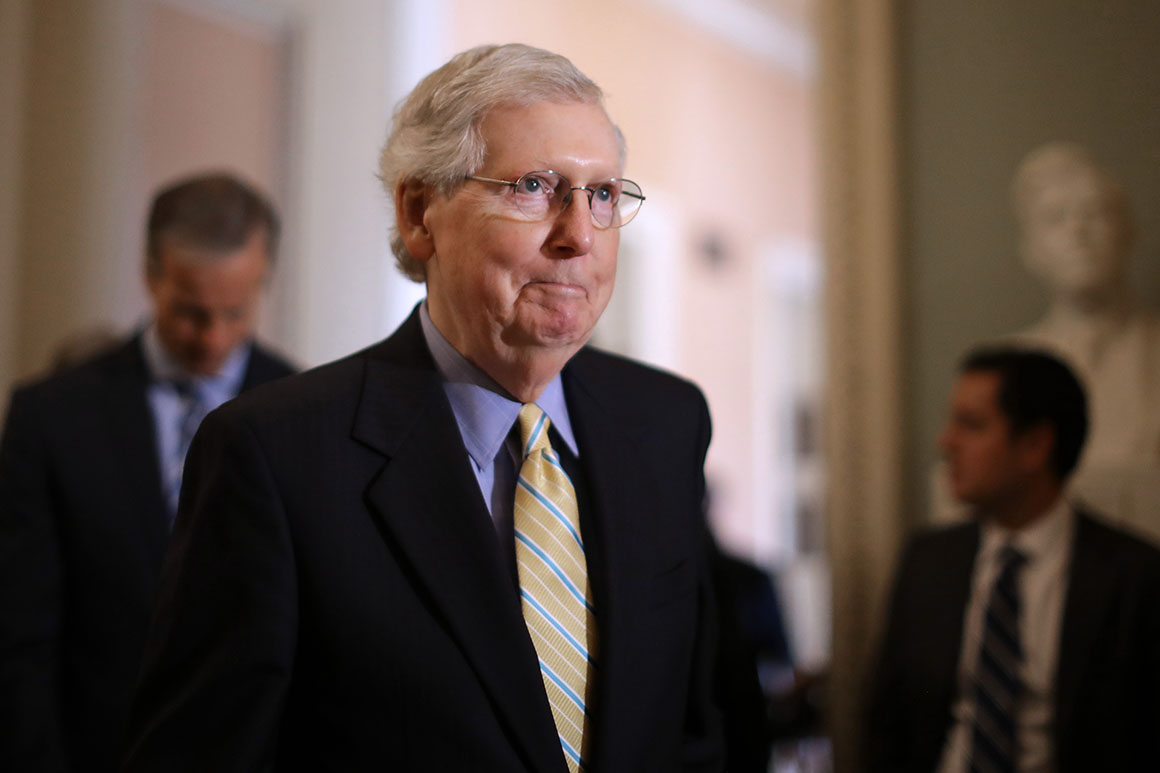 “Many things in Congress have [come] at the last minute. We have never failed to address this issue, and we will address it again,” McConnell said during an interview on Fox News. “I don’t know why he is all bent out of shape. But we will take care of the 9/11 victims’ compensation fund.”

Stewart the day before claimed that the fund “has never been dealt with compassionately” by McConnell, telling host Chris Wallace on “Fox News Sunday” that the GOP leader “has always held out until the very last minute, and only then under intense lobbying and public shaming has he even deigned to move on it.”

“In terms of getting the 9/11 bills passed, Mitch McConnell has been the white whale of this since 2010,” Stewart added.

Stewart, the former host “The Daily Show” on the Comedy Central offered emotional testimony before a House subcommittee last week, pressing lawmakers to authorize full compensation for first responders and survivors still suffering from conditions related to the attacks on the World Trade Center nearly two decades ago.

The House Judiciary Committee approved the extension measure following Stewart’s congressional appearance, and the bill has not yet cleared the full House or Senate.

McConnell said last week that he has not “looked at it lately,” but pledged Monday that “there is no way we won’t address this problem appropriately.”

“We have in the past. We will again in the future,” he said.

Source: https://www.politico.com/story/2019/06/17/mcconnell-jon-stewart-9-11-fund-1365920
Droolin’ Dog sniffed out this story and shared it with you.
The Article Was Written/Published By: qforgey@politico.com (Quint Forgey)