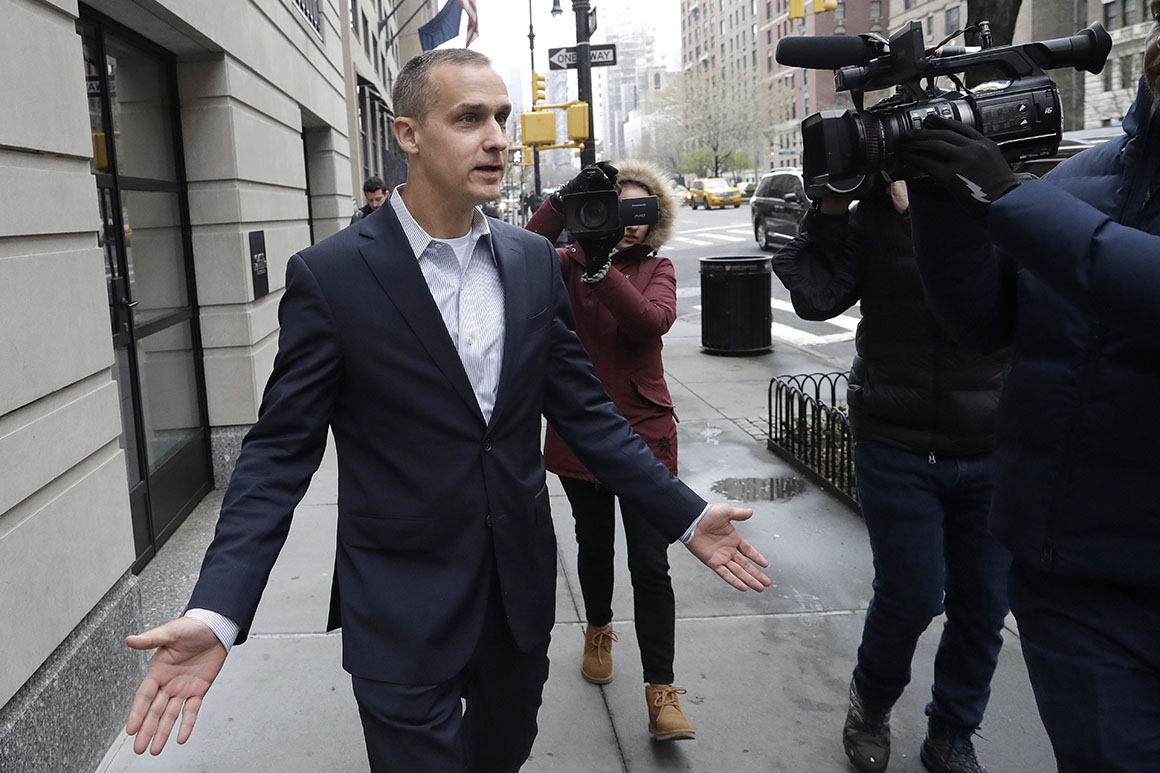 Democrats investigating Donald Trump for obstruction of justice are eyeing a new strategy to break the president’s all-out oversight blockade: calling witnesses who never worked in the White House.

Other Russia-related figures who never served in Trump’s administration and would make for prime congressional witnesses include Paul Manafort and Rick Gates, the former top campaign officials who both pleaded guilty and faced extensive questioning by federal prosecutors working on the Mueller probe, as well as a former attorney for Michael Flynn who is cited in the special counsel’s report in an episode involving a dangled presidential pardon.

“These people could be called without any reasonable shred of a claim of executive privilege,” said Rep. Jamie Raskin (D-Md.), a pro-impeachment member of the Judiciary panel that’s leading the obstruction probe.

The new line of thinking comes amid Democrats’ mounting frustration at the White House’s ability to slow their investigations to a crawl by blocking witnesses and documents. Such a move might circumvent the president’s resistance and show much-needed momentum for the party.

Democrats have hoped a series of high-profile hearings featuring witnesses who played central roles in the Mueller report would galvanize the public. And lawmakers who favor impeachment have argued that hearing directly from these individuals could stoke sentiment in favor of beginning proceedings to remove the president.

House Judiciary Chairman Jerry Nadler (D-N.Y.) first telegraphed his interest in a widening orbit of Trump figures back in early March when the committee blasted out requests for documents and testimony not just from the White House, but from longtime Trump associates, the president’s two adult sons and people who worked for his namesake company, charity, 2016 campaign, transition and inauguration.

Most of the Democrats’ targets either ignored the committee’s requests, said they had no documents for the committee or refused to cooperate. A handful turned over limited materials, and the committee has issued subpoenas for others.

Last week, the full House voted to give Nadler authority to go directly to federal court to compel compliance. And Democrats also secured access to some of Mueller’s underlying evidence, including interview transcripts, witness notes and other materials central to the special counsel’s 448-page report.

While Trump’s lawyers have so far blocked House Democrats from talking to former White House counsel Don McGahn, who is cited more than any other aide in the report’s obstruction section, they notched a win by securing closed-door testimony this Wednesday from Hope Hicks, the longtime Trump confidante and former White House communications director.

While Hicks is expected to decline to discuss her White House tenure — the period that is the primary focus of the committee’s investigation — she may open up about her work on the campaign and transition team. And even if Hicks appears but doesn’t answer key questions, some lawmakers say it could encourage other witnesses to show up and cooperate.

The president’s lawyers, in an unrelated matter, appeared to lay the groundwork for an effort to block even outside advisers from speaking to Congress about their interactions with Trump and his inner circle by arguing that even some people who don’t work for the White House can be subject to claims of executive privilege.

Rhode Island Rep. David Cicilline, a senior Democrat on the Judiciary Committee, said any White House effort to block these witnesses from testifying would probably fail in the courts.

“They don’t have any privilege,” he said, though he noted the committee would have to invite them to appear voluntarily before testing any executive privilege claims.

The House Intelligence Committee also has taken steps to secure witness testimony from figures outside the White House in their probe of potential counterintelligence risks identified in Mueller’s probe.

Chairman Adam Schiff (D-Calif.) last Thursday issued subpoenas for testimony from Flynn — Trump’s first national security adviser who still awaits sentencing after pleading guilty to lying to the FBI — as well as Gates, the former Trump deputy campaign chairman and a longtime Manafort aide. Flynn and Gates are still cooperating with prosecutors in other ongoing criminal matters, and it’s unclear whether they will respond to the committee subpoenas.

Several of the other people at the top of Democrats’ wish list are staying silent about the prospect they’ll face new rounds of congressional scrutiny.

An attorney for Lewandowski, the combative former Trump campaign manager, declined comment. His client is cited in the Mueller report as the recipient of a message the president dictated to him to give to then-Attorney General Jeff Sessions requesting the scope of Mueller’s probe be limited to “future election interference.”

The former Trump campaign manager didn’t deliver the message to Sessions but instead tried to pass it along to Rick Dearborn, then a senior White House official who had worked for Sessions in the Senate. According to the Mueller report, Dearborn “was uncomfortable with the task and did not follow through.”

Reached by phone about the prospects he’d be called to testify to Congress, Christie replied, “No comment, my friend.” The former New Jersey governor, who still speaks to Trump, described to Mueller’s investigators a 2017 conversation in which Trump seemed to believe firing Flynn would help to end the Russia probe.

Flynn’s former lawyer, Robert Kelner, also declined comment. He’s mentioned in the Mueller report as the recipient of a November 2017 voicemail from then-Trump attorney John Dowd just after Flynn withdrew from a joint defense agreement with the president to cooperate with the special counsel.

Legal experts say Democrats would be smart to make it a top priority to bring in the central players from the Trump world beyond his administration.

“Where’s Paul Manafort? He’s in a prison somewhere. He’s readily available. Get him a suit. Get him a haircut. Have him testify,” said John Q. Barrett, a St. John’s University law professor, in reference to the former Trump campaign chairman, who is serving a 7½ year sentence for a series of financial fraud, lobbying and witness tampering crimes.

He also argued that others, including Flynn, Gates and former Trump attorney Michael Cohen should be summoned back to the Hill for questions, particularly those who can’t claim attorney-client or executive privilege on their conversations.

“The people who were actors in the conduct are available,” said Barrett, a former associate who worked under independent counsel Lawrence Walsh during the Reagan-era investigation into secret U.S. arms sales to Iran. “They’re fully and cleanly available to the Congress.”

More broadly, Barrett said House investigators should consider casting a wider net in search of current or former Trump staffers willing to defy orders from above to stay silent. 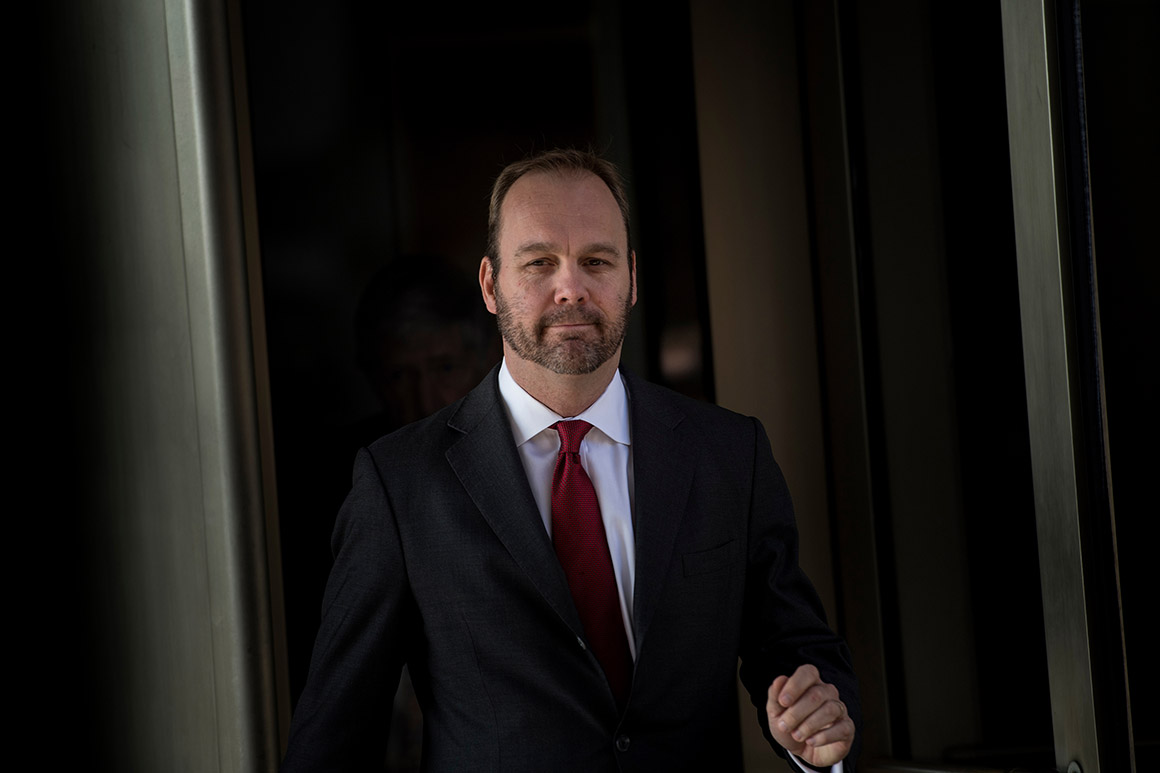 “Go to homes and ring doorbells. Ask. You never know who’s found Jesus, who’s got qualms, who recognizes criminality, who’s broken with the authority of the president to command their life,” he said. “Maybe that springs some information.”

But Democrats may regret calling witnesses who remain loyal to Trump and are willing to push back on lawmakers, said Joe diGenova, a former federal prosecutor who represented two witnesses in the Mueller probe: Mark Corallo, a former spokesman for the president’s legal team, and Trump campaign aide Sam Clovis.

“You know what happens in a hearing like that, the witness says, ‘You know what, Mr. Nadler, go to hell. I’m sick of you. I’m sick of what you’ve done to my family,’” added diGenova, who nearly joined the president’s team of personal attorneys in March 2018 and continues to give Trump informal legal advice.

“If they want to do that, I’d be there with a camera to watch that. How stupid. They think people are gonna roll over and play dead for these morons? They may accept just to have the opportunity to spit in the face of Elijah Cummings, Schiff and Nadler, and I would recommend that they do it,” diGenova said.

“If they want to call Corey that’d be their biggest mistake,” diGenova added. “Ooohoo! I hope they do it. They’re going to regret it.”

Lewandowski reportedly had that exact experience when he testified to the House Intelligence Committee behind closed doors last year, telling Democrats he no longer intended to answer their “fucking” questions.

Source: https://www.politico.com/story/2019/06/17/lewandowski-christie-manafort-witnesses-obstruction-investigation-1365814
Droolin’ Dog sniffed out this story and shared it with you.
The Article Was Written/Published By: kcheney@politico.com (Kyle Cheney)