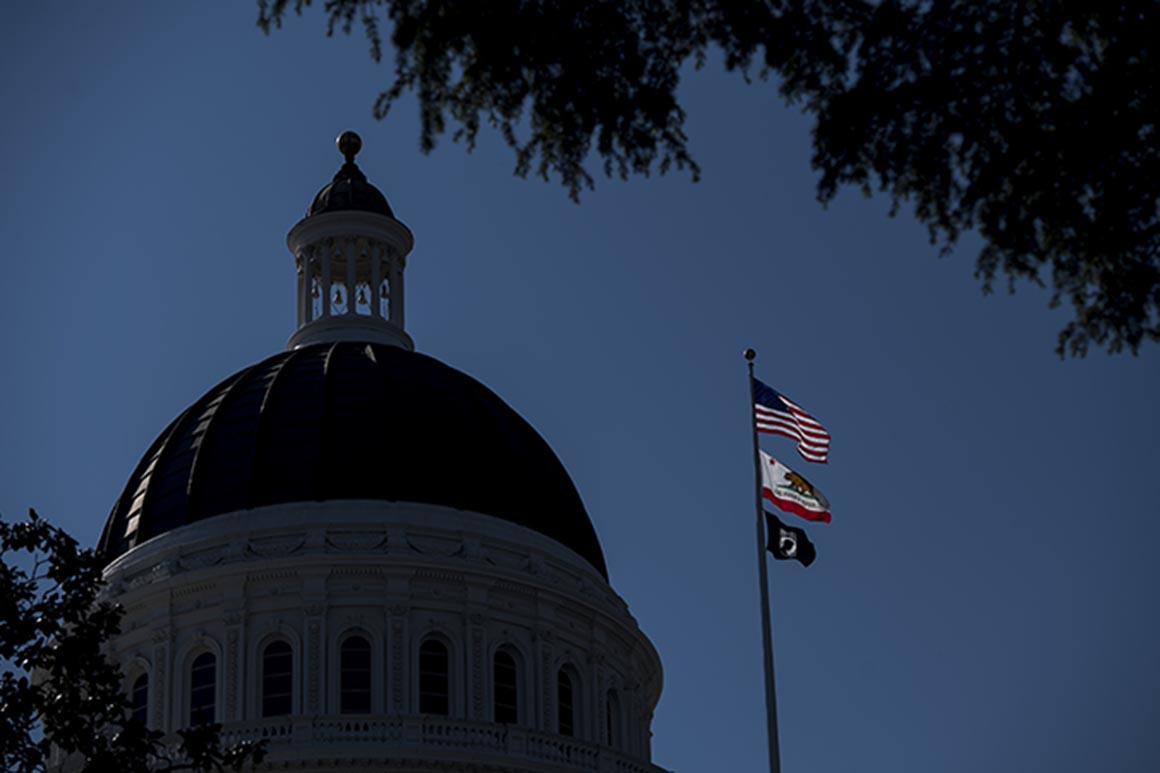 California is beefing up Obamacare, restoring an individual mandate, expanding health insurance subsidies well into the middle class and covering some undocumented adults through Medicaid. It’s an incremental step toward universal coverage that can animate the Democrats’ party-defining debate over how best to cover everyone — through a mixed public-private system or through “Medicare for All.”

The Democratic-controlled state legislature on Thursday approved a budget, clearing the path for a statewide penalty for failing to purchase health insurance, which will help subsidize coverage for middle-income people earning too much to receive federal financial help from Obamacare. California will also become the first state to extend Medicaid coverage to low-income undocumented adults up to age 26, defying the Trump administration’s efforts to shrink government benefits to immigrants.

The moves fall well short of a sweeping Medicare for All-style system vigorously supported by the party’s progressive wing here in California and across the country — and viewed much more cautiously by much of the Democratic establishment.

The idea of expanding Obamacare subsidies could gain traction among more moderate Democrats in Washington who would rather build on the Affordable Care Act than engage in another protracted health reform battle should the party take back control in Washington. And they can sell it as a practical move toward expanding coverage immediately while the party weighs more progressive health plans.

“I view California as a model state that’s likely to be used as a best practices example for how Congress can move ahead in a new Democratic administration without in any way creating barriers to do more aggressive policies in the future,” said Chris Jennings, who was a health policy adviser in the Clinton and Obama administrations.

Case in point: California’s new progressive governor, Gavin Newsom, said he remains committed to setting up a single-payer system in the state, but he made the Obamacare expansion and coverage for undocumented immigrants a priority his first year.

California’s plan isn’t a done deal. Having cleared the $215 billion budget, state lawmakers in the coming days must pass a series of bills approving the health measures through an expedited process.

House Democratic leaders in Washington, wary of a pursuing a fully government-run single-payer system, have embraced a key element of the California plan. They unveiled a package this spring that would vastly expand eligibility for health insurance subsidies, though it didn’t include reviving Obamacare’s requirement to purchase coverage.

The proposed California mandate largely mirrors the federal penalty that was eliminated by Congress in late 2017. But California’s mandate would be pegged to the state’s income tax filing threshold, which is higher than the federal level, meaning more people would be exempt from the penalty.

The mandate penalty, along with $450 million from the state’s general fund over the next three years, helps pay for the expanded subsidies. The penalty is expected to generate an estimated $295 million this coming fiscal year, and as much as $380 million in 2022.

Even if the individual mandate is eventually approved as expected, some observers say it could face challenges in the courts — and possibly come at a political price. Opponents of the idea have criticized California for restoring the unpopular individual mandate while also extending Medicaid coverage to about 90,000 undocumented immigrants.

“How, for Pete’s sake, do you impose an individual mandate on contributing taxpayers who are citizens of California and subsidize undocumented immigrants by giving them free health care?” said Jon Coupal, president of the Howard Jarvis Taxpayers Association in California. “There’s an equity issue here that’s going to be part of the political miss.”

California is covering most of the cost of Medicaid coverage for young undocumented adults, estimated at $98 million this year. Still, the state is planning to draw some federal funds for this group, which could spark pushback from the Trump administration.

Coupal said the way the Legislature is advancing the mandate makes it ripe for a legal challenge. He said it amounts to a new tax, meaning it should go through regular legislative order instead of the fast-track budget process.

David McCuan, a California political analyst, said the state’s health proposals “mark California as a barometer of where health care can go,” but he also expects to see “numerous” legal challenges, particularly over the mandate.

Several health experts pointed out that a handful of states have passed individual mandates since Congress gutted Obamacare’s — including New Jersey, Vermont and Washington, D.C — and none have been challenged in court. Rhode Island lawmakers are also considering mandate legislation this year. Massachusetts was the first state to pass an individual mandate in 2006, and it became the model for the Affordable Care Act.

Source: https://www.politico.com/story/2019/06/16/california-obamacare-health-care-1530461
Droolin’ Dog sniffed out this story and shared it with you.
The Article Was Written/Published By: vcolliver@politico.com (Victoria Colliver)